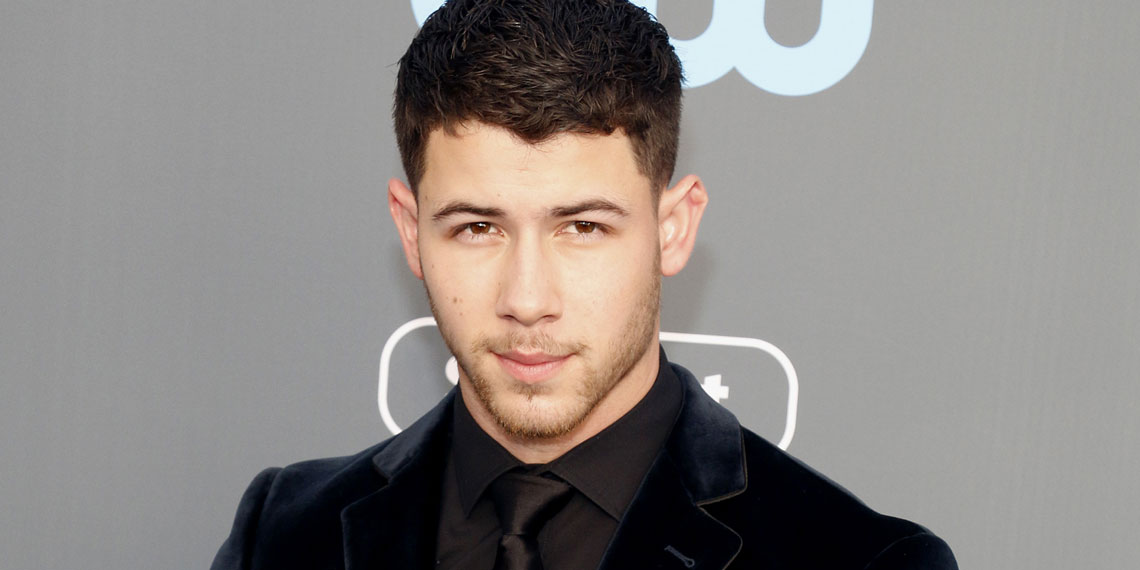 Is Nick Jonas Into Cougars? We Investigate

Apparently I wasn’t the only one to blackout over Memorial Day Weekend and make questionable decisions with a guy who told me he was “basically 21,” because Priyanka Chopra from TV’s Quantico just stepped out with Nick Jonas, and it is a lot for me to digest. That’s right, people, 25-year-old Nick “I Lost My Purity Ring” Jonas is supposedly dating 35-year-old Priyanka Chopra after they were spotted together at a Dodgers game last weekend. To be fair, I also take the kids I babysit to baseball games sometimes so, like, it’s not super solid evidence. But the two of them have been spending a weird amount of time together, so I guess I’ll buy into it. For now.

For those of you who left thoughts of Nick Jonas back in 2010 along with your Delia’s gift card and the Hannah Montana finale, this actually isn’t the first time Nick’s been romantically linked to an older woman. Which got me thinking, is Nick Jonas into cougars? Is the boy behind prolific lines like “I’ve been to the year 3000” and “not much has changed but they lived under water” that defined our generation, somehow seducing mature, grown-ass women?? These are the questions that keep me up at night. Clearly, this is a case for me and my creative writing degree which I shall treat like it’s a journalism degree. So buckle up, betches, because it’s time to take a deep dive into the psyche of a Joe Bro.

For someone who got famous for being a hot virgin, Nick has had a lot of fucking girlfriends over the years. Like, way more than his covers on Tiger Beat ever alluded to being possible. Nick’s cougar fetish goes way back to 2011, when he dated Delta Goodrem, an Australian singer (??), for 10 months. Delta was a solid 27 years old at the time of their courtship, while Nick was only 18. EIGHT-FUCKING-TEEN. When I was 18 I was still getting drunk off of wine coolers and buying my “lingerie” from American Eagle. I was certainly not banging Australian singers old enough to be my legal guardian. In an interview with 60 Minutes, Delta said this of their relationship:

“Maybe it’s that I’m interested in challenges. Maybe I’m one of these spirits who goes, ‘Ooh, what is this lesson here? What am I learning here?’ … There was a genuine love, definitely.”

Okay, I have so many questions here. First of all, why is 60 Minutes trying to get to the bottom of a Disney star’s sex life? I mean, I know I’m doing the same thing here, but I also spend 30-45 minutes a day searching Bughead fan accounts on Instagram, so it’s not like I’m the best at using my time wisely, ya feel me? Secondly, WHAT IS SO CHALLENGING ABOUT DATING AN 18-YEAR-OLD? Other than trying to convince the bouncer at the bar where your friends are that his fake ID is real? Also, I would love to know the life lessons Nick fucking Jonas taught this woman who was almost pushing 30. Please enlighten me, Delta.

Moving on. Nick also had a “fling” with Kate Hudson back in 2016. As we all know, “fling” is the celebrity code word for “definitely banged a few times.” When I first heard this news I was shocked, because Kate is 13 years older than little Nicky and also a mother of two. I’m not sure if Kate was having some sort of mid-life crisis in which she suddenly had a burning desire to seduce the star of her son’s favorite Disney program, but somehow it happened. Then again, maybe Nick has some sort of secret game that I’m not aware of??

Nick told Ellen Degeneres that he’d been on a group date with an unnamed older actress but “it wasn’t a date”, which is funny because that’s the exact same line I use when my Hinge date tries to split the bill. He later confirmed their relationship in an interview with Complex magazine when he all but admitted that he definitely banged Kate Hudson. And by that I mean he said this:

“Out of my best effort to respect her and her privacy, I’m not going to say if we had sex or not. But we did have a beautiful connection…. She’s amazing.”

I rest my fucking case.

The last piece of evidence I’ll present to the 5-10 friends I’ve blackmailed into reading all of my articles is this: Last week, Nick tried to slide into Jenna Dewan’s DMs. After the Billboard Music Awards, Jenna posted an Instagram photo with the caption “Billboard Awards- ‘twas such a fun night!!!” Nick commented on her photo with this flirtatious comeback:

First of all, I’d just like to say that you, sir, are ballsy. Not only is Jenna 12 years older than Nick, but she’s also been on the market for all of five minutes, and I’m sure her heart is still mending from the devastating break up with the love of her life, Channing Tatum. LET THE WOMAN BREATHE, NICKY. To be fair, he also liked a shit ton of photos that his ex-girlfriend, Olivia Culpo, posted that night as well, so it’s unclear as to if he was actually flirting with Jenna or if he just had a hefty amount of Pinot Grigio and wanted to connect with someone. Who can say. All I know is it ‘TWAS very suspicious.

So there you have it: definitive proof that Nick Jonas  is into cougars. And by “definitive proof,” I mean vague assumptions I’ve made based on the internet rumors surrounding his sex life. Obviously. Now, if you’ll excuse me, I’m going to spend the rest of the day trying to unsee the The Jonas Brothers’ flat-ironed curls circa 2007 that have now been seared into my brain thanks to this investigation.