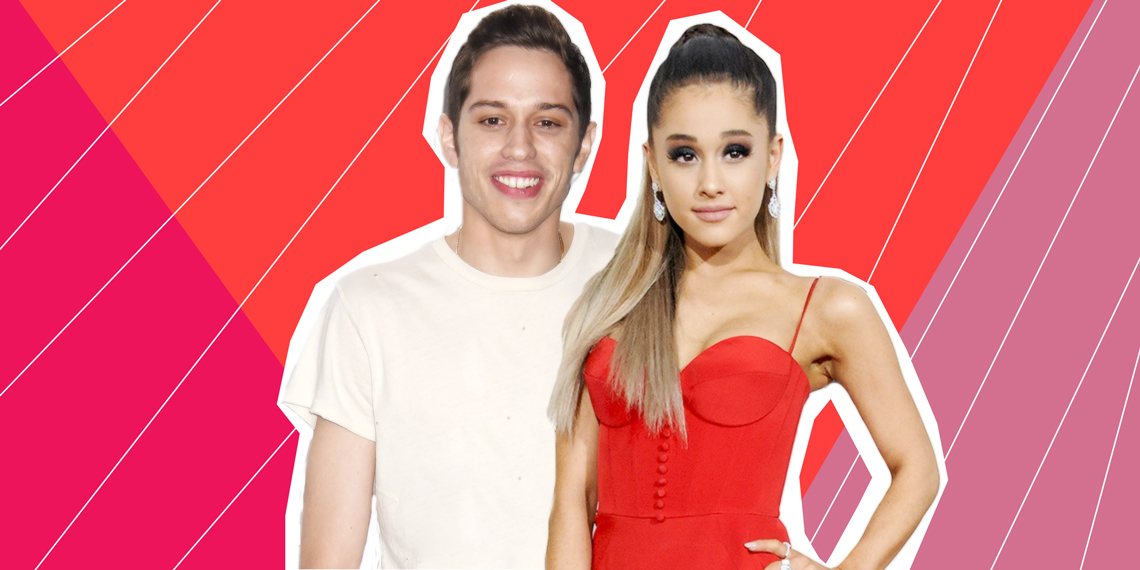 The Timeline Of Pete Davidson’s Ariana Grande Tattoos Changes Everything

Okay fam, it’s been like two weeks and I’m still not over Ariana Grande’s whirlwind relationship with Pete Davidson. Call me old fashioned, but I think all couples should date for at least one full menstrual cycle before getting engaged. Pete and Ariana obviously disagree, and that’s okay I guess. Sure, they’ll look dumb if they break up three months from now, but getting engaged isn’t actually as big of a deal as people make it seem. The engagement is one thing, but there’s another issue that I find far more questionable: Pete Davidson’s rapidly growing collection of Ariana Grande-related tattoos.

Pete Davidson has lots of tattoos, so honestly when he gets a new one it’s barely even noticeable. But it’s not even been two months since he and Ariana started dating (the timeline is iffy but I’ll assume they weren’t cheating with each other), and Pete has no less than four tattoos inspired by her. That’s not nothing. I’ll be completely honest, I don’t have any tattoos. I don’t have any problem with them, and I think they can be really great. But like, that shit is permanent. I learned from Khloé on KUWTK how painful tattoo removal is, so this ink is probably staying on his body forever, or at least a while.  In other news, even Pete’s tattoo artist said that he told Pete to “just stop with the girlfriend tats,” so he has at least one source of good advice in his life. I’m no expert, but if your tattoo artist is the sane person in the situation, something has probably gone wrong.

Now that I’ve vented some of those feelings, let’s contextualize some of Pete’s most recent tattoos, and try to fit them into this fucked up relationship timeline.

u know what you’d dream it be like ? it’s better than that

Our tat timeline begins with a real fucking bang. Buckle up, because it appears that Ariana and Pete got matching cloud tattoos LESS THAN TEN DAYS after they allegedly started dating. I am not okay. The tiny tattoos are on their fingers, and we first saw Pete’s in this Instagram post from May 17. He didn’t announce his breakup with Cazzie David until May 16th (my mind is melting), but he was seen with Ariana for the first time on May 12th. Should I call the police? Ariana’s cloud tattoo made its debut on the Billboard Music Awards on May 20th, a mere 10 days after she announced her split with Mac Miller. What is the rush, people???

This one is pretty straightforward. Pete is in love with Ariana, so he decided to get her initials tattooed on his thumb. Normally, it would seem absolutely wild that Pete got this tattoo less than a month after he and Cazzie David broke up, but he and Ariana had already had matching tattoos for at least two weeks at this point. Who even knows with these two? He also had a tattoo of Cazzie, which he’s now covered up with a giant pine tree. I think that was for the best, since the Cazzie tattoo looks like it was drawn by a third grader. Also, I think my personal rule is that if you need tattoos for more than one relationship in your life, you’ve done something wrong. Pete Davidson is getting tattoos like the world is going to run out of tattoo ink tomorrow.

Did this crazy coverup last night on my boy @petedavidson ESSKEETIT!!!

At the same time Pete got the AG tattoo, he also got one of Ari’s signature symbols tatted behind his ear. I have less of a problem with this one, because at least it’s like, a visual thing and not just literally someone’s initials. Even though it’s 100% dedicated to Ariana, there’s like, some level of creativity involved. If/when they break up, Pete can just add a body and have a tattoo of some cool bunny-superhero on his neck. I’m basically a tattoo artist, can you tell?

We had a good night.

And now, we arrive at the stupidest piece of this puzzle, “H2GKMO.” If this sounds like nothing to you, it’s because Ariana literally just made it up. It stands for “honest to god, knock me out,” which is something she apparently says all the time on Twitter and it can basically mean anything. Great, I hate it. Ariana and Pete got matching H2GKMO tattoos sometime around June 2oth, after giving their relationship some time to mature (lol). This one seems like kind of an inside joke, because that’s what you do when you get engaged after three weeks of dating. Honest to god, knock me out, because I’m definitely going to be alone forever. Did I use that correctly? No? Who cares.

ariana, pete and a few of their friends got matching H2GKMO (honest to god knock me out) tattoos! hopefully we get a picture of pete’s soon #arianagrande #petedavidson #petiana #peteiana #grandson

In the amount of time it takes me to accept that I’ve been ghosted by a guy I barely knew, Pete Davidson has gotten four different Ariana Grande tattoos. There’s also a fifth one that just says “reborn,” but it’s unclear if that’s about Ari, or just the feeling I feel after eating a really good meal. I feel like Pete Davidson loves Ariana Grande the same amount that I love Mexican food. H2GKMO, that’s all I really have to say about it.