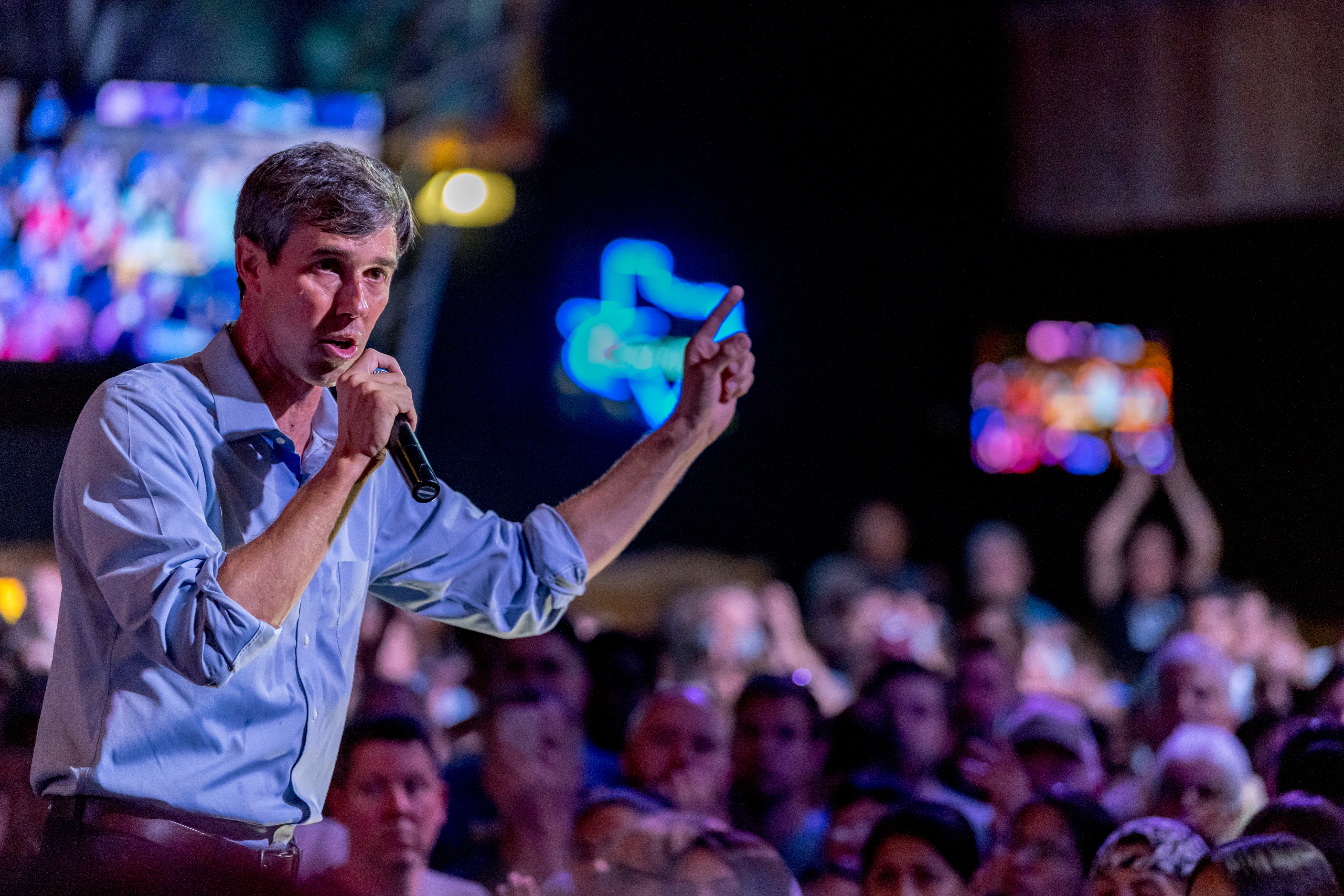 Everything You Need to Know About 2020 Candidate Beto O’Rourke

Former Texas congressman and current Texas cutie-pie Beto O’Rourke just announced his plans to run in the 2020 Presidential campaign, something we’ve all been expecting since he skateboarded his way into our hearts running during the midterms. O’Rourke gained national attention during this most recent Texas Senate race, where he faced off against national embarrassment/loose booger Ted Cruz. Sure, Beto didn’t win and the aforementioned loose booger remains in the Senate, but the race ended up being one of the closest races in Texas history. Kacey Musgraves impact. Let’s deep dive into the latest candidate du jour and see how he stacks up to the rest.

I am running to serve you as the next president. The challenges we face are the greatest in living memory. No one person can meet them on their own. Only this country can do that, and only if we build a movement that includes all of us. Say you’re in: https://t.co/EKLdkVET2u pic.twitter.com/lainXyvG2n

Beto O’Rourke represented Texas’s 16th congressional district (El Paso, a historically Democratic area;  you go El Paso) in the House of Representatives since 2013, a position he gave up when running for Senate against Ted Cruz.  Before that, he served as the City Council for El Paso. We get it, Beto, you really love El Paso. He’s on the younger side in terms of potential Presidents — 46 years young (meaning he’s still older than the OG millennial candidate, 37-year-old Pete Buttigieg) and was sort of an unknown candidate in the national sense until his heavily covered Senate run. His campaign was covered because of his stark contrast to Cruz, and also because of the momentum he was able to grow for a Democrat in Texas. While he was unable to ultimately defeat Cruz, his performance is credited with helping Democrats win elections up and down the Texas ballot, and he earned the highest amount of votes for a Democrat in Texas in over fifty years.

Beto O’Rourke is the dad whose Memorial Day BBQ you start getting excited about in March. He’s a great guy, very personable and very with the times. (Probably more with it than me, someone who just used the phrase “with the times”). He’s a strong advocate for the legalization of cannabis (#dope) and also to end the war on drugs — specifically when it comes to the prison time people are forced to serve for these very minor offenses. More on the crime front, he also has been vocal about wanting to end the minimum sentences for non-violent drug offenses. He also is into the environment and LGBTQ+ rights, and most importantly as a Texas native: gun control, an issue which I’m sure you can imagine has made him polarizing for the state.

Also have you seen this video of him skateboarding at Whataburger? He’s basically the Seth Cohen of presidential candidates.

First of all, we have not forgotten the time he went live on Instagram at the dentist (please, get a social media manager) or the fact that he still does Facebook Live (I think he’s the only person to do this in the past year besides Katy Perry going live on YouTube for three days straight). Second of all, many have pointed out that if O’Rourke couldn’t beat Ted Cruz, a man who makes people feel like they just walked through a spiderweb, can he really beat Donald Trump? Another potential issue Beto faces is that while he got a lot of national support during his campaign from people outside of Texas, those people may not stick with him for a run against other politicians they actually like. Names like Cory Booker and Elizabeth Warren have been floating around for years when it comes to this position, and we can’t forget about the Bernie Bros and Biden. Lastly, he’s a straight white guy and a lot of Democrats want to see a more diverse ticket.