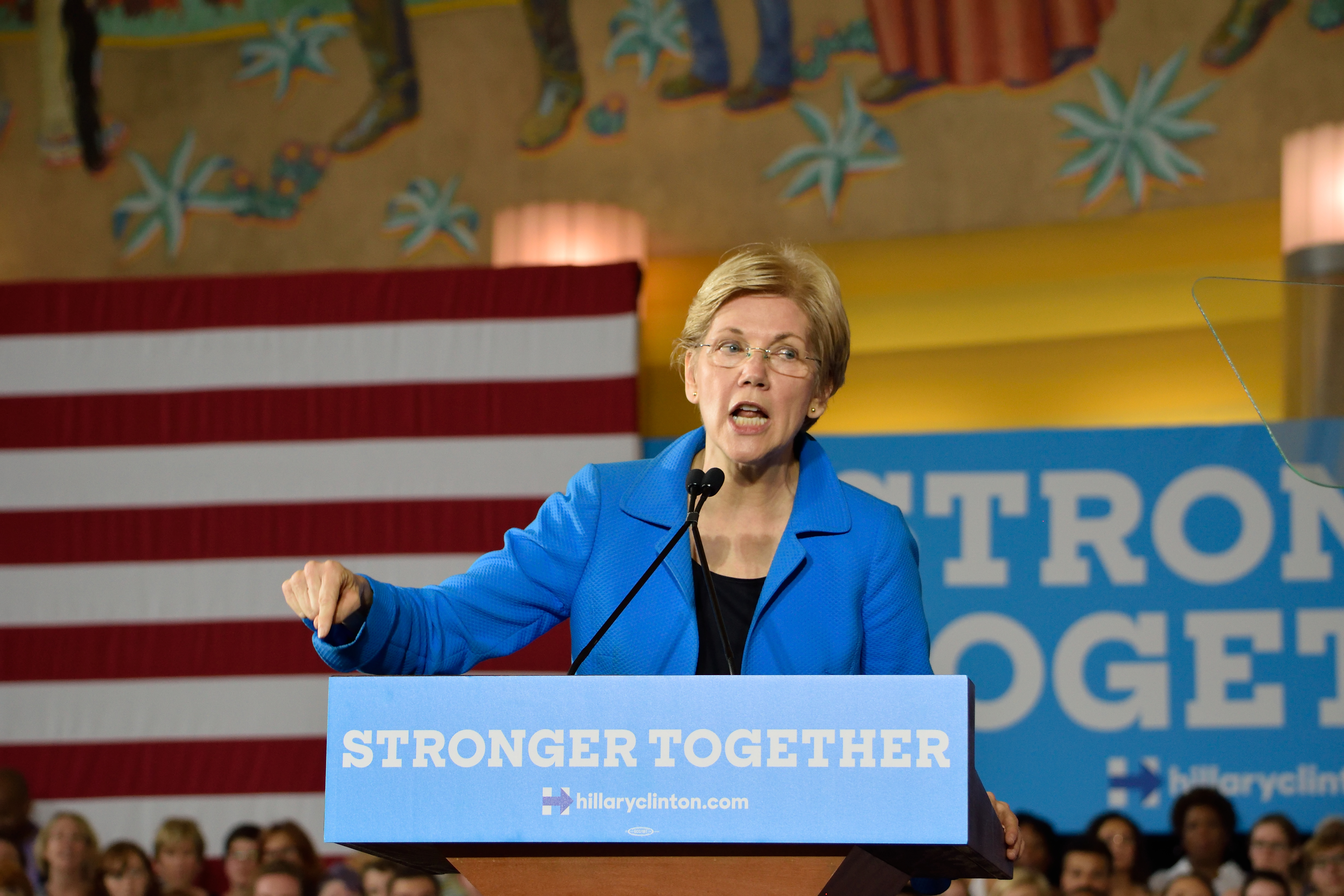 Everything You’ve Ever Wanted To Know About Elizabeth Warren

Welp, it’s official. Senator Elizabeth Warren of Massachusetts has opened up an exploratory committee, which is phase one of running for President in 2020. It’s like the casual coffee date of politics. If you like what you see, maybe you’ll move on to get drinks. Then you hook up a few times, things get serious, and next thing you know it’s a four-year relationship.

Senator Warren announced her candidacy on Twitter (coming for Donald in his own house, I see…) with a video focusing on her platform of economic justice, financial regulation, and just like generally yelling at rich people.

Every person in America should be able to work hard, play by the same set of rules, & take care of themselves & the people they love. That’s what I’m fighting for, & that’s why I’m launching an exploratory committee for president. I need you with me: https://t.co/BNl2I1m8OX pic.twitter.com/uXXtp94EvY

But like, should Liz be president? That’s for you – and the nation – to decide. Here’s everything you need to know about her before the 2020 election. Which is next year, btw. *Starts panicking*

Who TF Is Elizabeth Warren?

Umm you should def know who Elizabeth Warren is by now, but this is a judgement-free article so I’ll let it slide. Elizabeth Warren is the Senator from Massachusetts who is best known for her ability to go apesh*t on bankers. Seriously. Watch this video of her hulking out on a Wells Fargo CEO after their company was caught creating fake accounts and cheating customers out of millions of dollars. She’s like, that version of you in your head that has the perfect clapbacks for everything and gives zero f*cks but like, in real life and in government.

But Elizabeth Warren doesn’t just jump out of bushes and scare billionaires (though I am pretty sure she does that). Warren is a former Harvard Law professor (what, like it’s hard?) who grew up in Oklahoma where her family struggled economically after the death of her father. She became an expert in bankruptcy law, and she became the HBLIC (Head Bankruptcy Lawyer In Charge) when former/forever President Barack Obama picked her to chair the Congressional Oversight Panel for the Troubled Asset Relief Program.

…Aaand what exactly does the “Congressional Oversight Panel for the Troubled Asset Relief Program” heven me? Basically she was part of helping Obama bring the economy back after the banking crisis of 2008. She then went on to head the newly created Consumer Financial Protection Bureau, where it basically became her literal job to tell big banks to f*ck themselves. Dress for the job you want, fam.

In 2012, Warren went on to become the Senator from Massachusetts where she has had the distinct privilege of yelling not only at bankers, but at Mitch McConnell. In 2017, McConnell actually had the Senate vote to silence Warren (yes, the Senate can vote to silence people) during her objections to the confirmation of Jeff Sessions. When asked about voting to silence Warren, McConnell said, “ was warned. She was given an explanation. Nevertheless, she persisted.”

And thus, a feminist meme was born. And if that’s not her campaign slogan, she’s already lost.

So What Are The Pros?

Elizabeth Warren is progressive as f*ckkkk–assuming you’re into that kind of thing. If you’re not, maybe you can try Biden? She’s running on a platform of middle class economic relief, Medicare for all, racial justice, climate action, and basically everything your #wokest of woke friend starts yelling about when she’s drunk at brunch.

Also she pisses off Trump a lot, and the enemy of my enemy is my friend, ya know?

There’s no more eloquent way to put this. Back in October our girl Liz did a dumb, dumb thing that made her look dumb and now she might not win because of how dumb she looked. Here’s the background: in the ‘90s, Elizabeth Warren filled out a form for the Association of American Law Schools where she said that she was Native American. Harvard then listed her as a minority. Warren says that she made this designation because of “family stories” that had been passed down to her, and Harvard said that she did not list herself as a minority on her application to get into school there, so it did not affect her admission.  A  report in the Boston Globe that looked into Warren’s career said that ethnicity played “no factor”. But because Trump is who he is (a demon created when the eighties f*cked a gun), he now calls Elizabeth Warren “Pocahontas.” He does this because he likes to claim that she falsified her race to get ahead professionally.

Unfortunately, Trump’s bullsh*t got the best of her, and back in October 2018 she went out and released the results of a DNA test which showed that she had a Native American ancestor between six and ten generations ago. So like…two hundred years ago. Basically she acted like that one relative whose 23 And Me says they’re .00008% Lakota and starts making you call them Aunt Blood Moon. Not a great look. Warren was criticized by the Cherokee nation over the move (I believe their exact words were “b*tch please…”) and Trump still calls her Pocahontas because he doesn’t really give a f*ck if she’s Native American or not.

Where Do I Find Out More?

Wanna find out more about Elizabeth Warren for President? Here is the website for her exploratory committee. It’s never too early to start stanning your (wo)man for 2020.