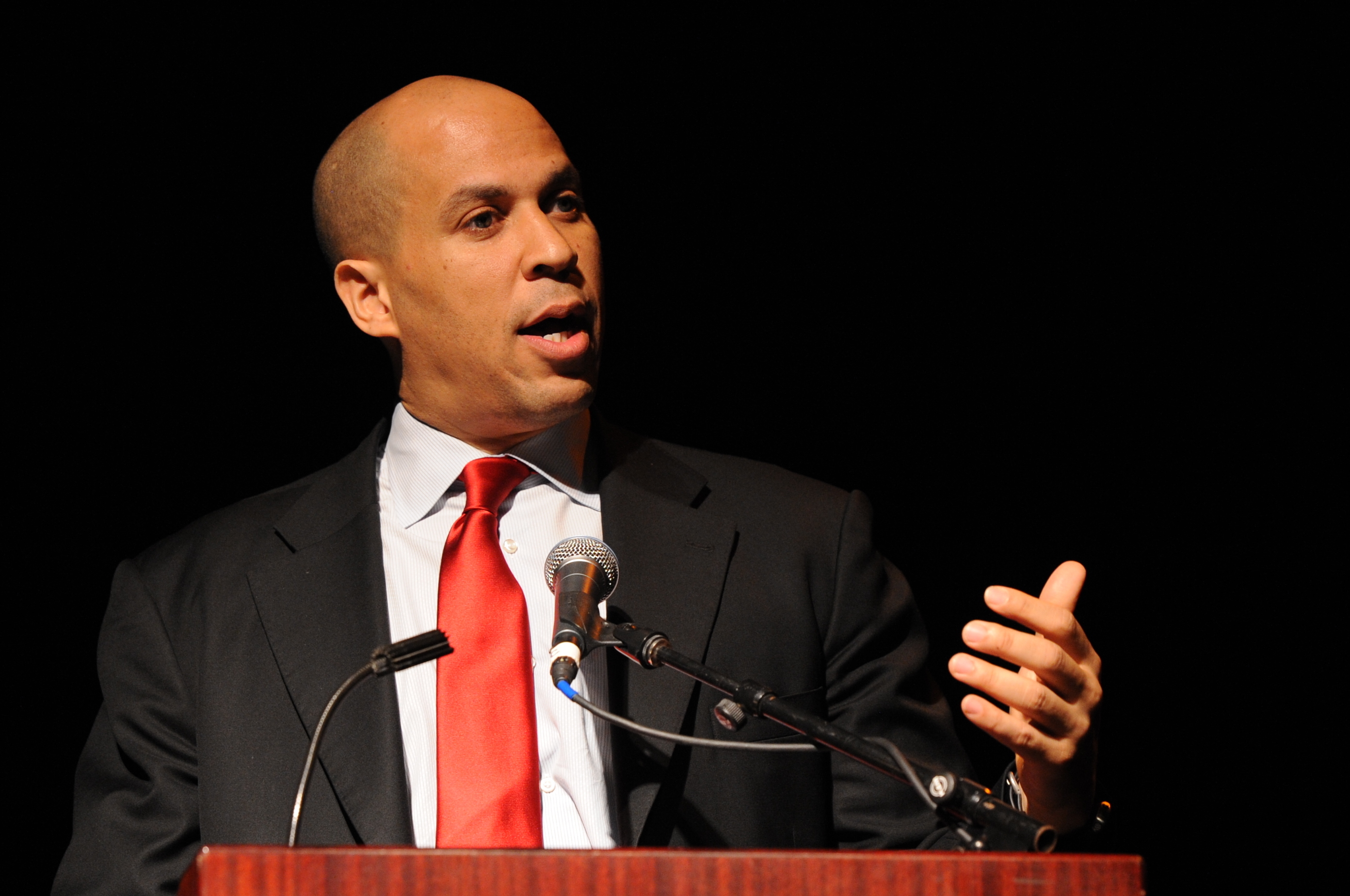 Everything You Need To Know Abut 2020 Candidate Cory Booker

Surprising to no one who has been watching his career, Cory Booker announced last week his official campaign for the 2020 Presidency, along with two of his friends in politics: Kamala Harris and Kristen Gillibrand. As someone from New Jersey who has seen him speak on multiple occasions, he’s like the kid in your high school that got voted for every superlative: he’s funny, personable, and handsome. But, unlike The Bachelor, you can’t just pick your President based on their great smile — so let’s get to know him a little bit better together. And besides, no one’s smile is better than Obama’s.

The first African-American U.S. Senator for New Jersey, Booker has been a long advocate for important civil issues that are being stripped away as we speak in politics. Women’s rights, LGBTQ+ rights and affirmative action are high-up on his ‘socially liberal’ platform. Additionally, he knows that being dramatic can prove a point: back in 1998, when running for mayor, he staged a hunger strike that lasted over a week long and lived in a tent to highlight issues in Newark, New Jersey. Additionally, he’s vegan and an eligible bachelor (for any gays in Brooklyn reading this, I’m also both of those). His first lady may be spoken for already, because he’s rumored to be dating Rosario Dawson — so if he wins, I’m guessing “Out Tonight” will be the new National Anthem? If you’re also a forty-eight year old woman at heart, watch his appearance on The View to get a sense of him.

Cory Booker is a great guy. He’s very much the cool dad of one of your friend’s who, when you’d go back to your house after a sleepover, you’d shout at your dad at saying “WHY CAN’T YOU BE MORE LIKE CORY?!” He feels that the country has lost faith in the government (no duh) and wants to take America back to the way it was before the Shit Storm of 2016. Plus, his money is where his mouth is: last year, after Michael Cohen’s (yup, him) office was raided, Booker was one of the Senators who introduced the Special Counsel Independence and Integrity Act to limit a President’s executive power.

Because who would ever abuse that?

He’s a very charming, liberal, and progressive guy. But (because there’s always a but), some of his political ties could hurt him from a Democratic standpoint: mainly with Big Pharma. Back in 2017, he actually voted to kill a bill that would lower prescription drug prices — a weird move for someone with his values. It starts to make sense, though, when you see that he actually has received funding from “pharmaceutical and health product” industries in the past.

On the flip side, some may feel he’s too progressive: notably, in regards to marijuana. He wants to encourage states with the incentive of federal funds to make marijuana legal — a move that makes sense, but may hurt him with some older voters or 2016 Republican voters who are looking to jump ship. He also has dabbled in Instagram poetry, which would be a red flag for me on a dating app.

You’ll definitely want to keep your eyes and ears open for all moves by Booker (either on date night’s with Dawson or during upcoming appearances) because I feel he will be involved in this race til the end. Check out his website here and duh, listen to the Betches Sup podcast for all things about him and more.