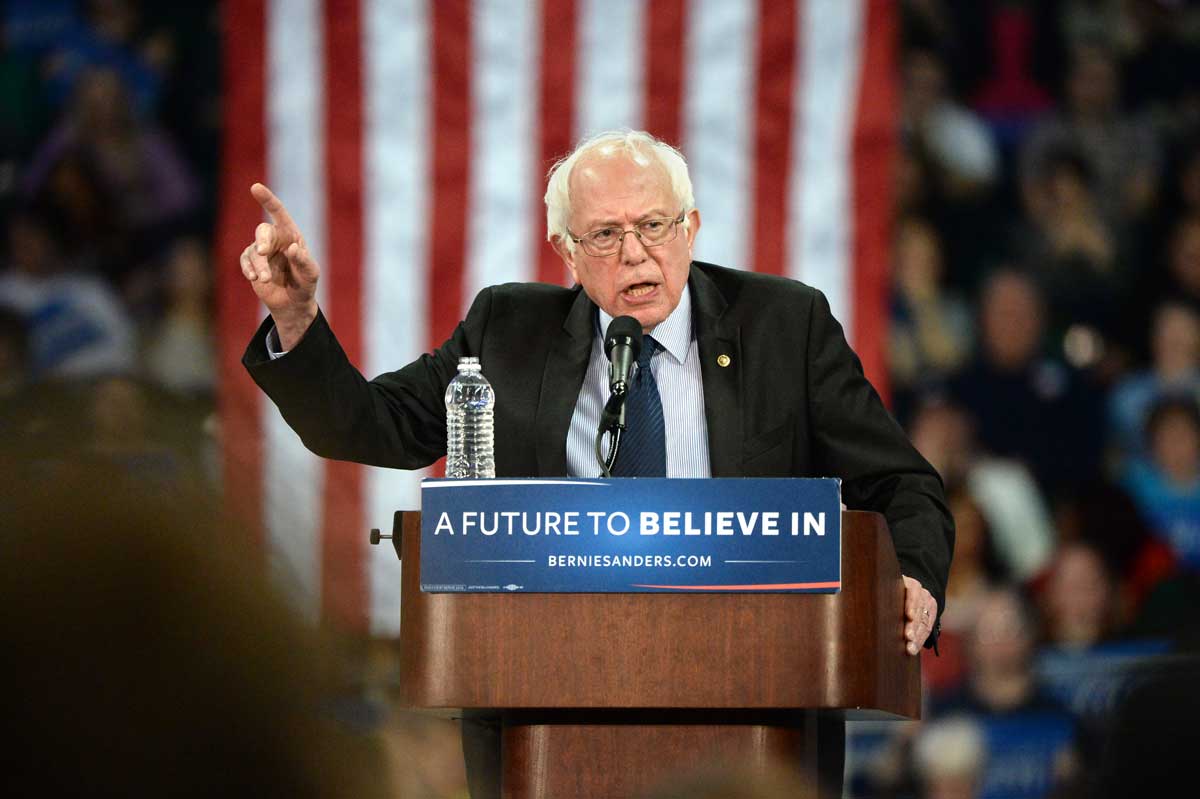 Everything You Need to Know About 2020 Candidate Bernie Sanders

Well, you know how the saying goes. If at first you don’t succeed, blame the woman you were running against and try again. Yes, you heard right, or more likely read right as your timeline once again became flooded with Bernie Bros retweeting the news: Senator Bernie Sanders is running again. This is kind of like when that band who had a super popular song that a bunch of people on your campus liked that you could never get into decides to release another single even after their weird genre of folk-pop passed. While we heard all about him leading up to the 2016 election, let’s have a little course refresher on where he stands on everything.

I’m running for president. I am asking you to join me today as part of an unprecedented and historic grassroots campaign that will begin with at least 1 million people from across the country. Say you’re in: https://t.co/KOTx0WZqRf pic.twitter.com/T1TLH0rm26

If his name sounds familiar, it’s because you heard it every day in 2015 and 2016. When he first announced his campaign for the 2016 Democratic nomination for President, where he was immediately classified as an ultra-progressive because of his radical democratic socialist opinions like that people shouldn’t go bankrupt over medical bills. He was the second front-runner behind Hillary Clinton, who he ultimately endorsed. Besides that — he is the long-term junior Senator for Vermont, a position he has held since 2007 and was re-elected for this past year.

Bernie has a looooong history in politics, dating all the way back to the civil rights movement when he was a member of the Young People’s Socialist League, the Congress of Racial Equality, and the Student Nonviolent Coordinating Committee. So yeah, he’s not f*cking around when it comes to progressive policies.

What Are The Pros?

Bernie is obviously no stranger to the campaign trail. He’ll definitely have the upper-hand in terms of debates and how to handle the stresses that come with running for the most important job in the world (besides being Beyoncé). Additionally, he’s notably been liberal since the beginning of his career in politics; unlike other Democratic candidates who have been accused of flip-flopping on social issues as they get more clout. With that, he has been noted to help the left get a little bit more left. Major issues like labor rights, human rights, and climate change are on the top of his campaign, which puts him against many of our current President’s ideals. Sanders not only stood against Trump during the 2016 election, but continues to do so in his Senate seat — it’s always refreshing to hear a politician refer to climate change as one of the greatest threats to national security. If you’re reading this while drinking out of a plastic straw, please recycle it into a bracelet and buy a metal one ASAP.

Also, do you guys remember that time a bird landed on his podium in 2016? That was awesome.

At 77, he is one of the oldest candidates in the race. Additionally, his supporters may be some of the… more outspoken ones in recent history. It’s impossible to forget the vocal Bernie Bros from 2016 (one of the many reasons Twitter is now a hellhole), and there’s no doubt that they’ll be in full swing for this campaign — mainly because they have been since he endorsed Hillary. One of his major assets were that he was one of the more liberal voices running in the 2016 election, using Hillary Clinton’s previous political work as a way to push her more central. The issue now? He’s no longer the only kid on campus carrying a Nalgene with COEXIST stickers on it. Kamala Harris is a breath of fresh air to the campaign and Elizabeth Warren probably uses the same granola recipe as him.

Where Do I Find Out More?

If you’re curious to learn more about the Sanders campaign, they just renewed their Wix account and relaunched his campaign site here. Feel the bern!