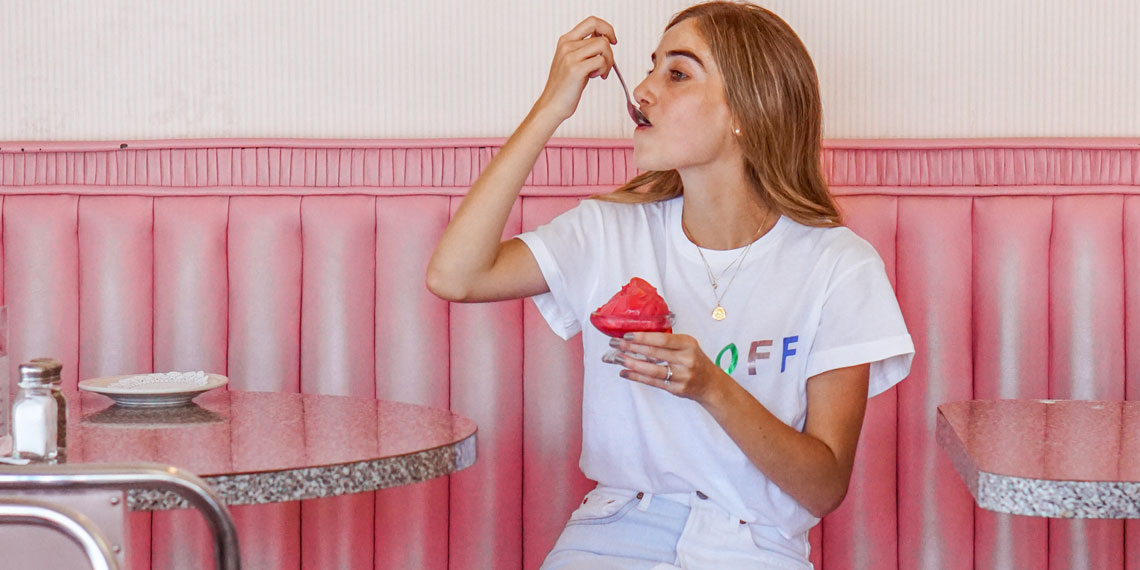 Does It Matter What Time Of Day You Eat?

Is it just me, or do people literally never crave salad when they’re really hungry? Like, if I haven’t eaten since lunch and it’s rolling on 9pm (I eat dinner late, sue me), I am never hunting around for a big-ass bowl of mixed greens. If “you are what you eat” is true, then I’m a Domino’s thin-crust cheese pizza, and I’m honestly fine with that. Here’s the thing, though: in the decades that have passed since that ridiculous phrase was coined, we’ve come a long way. And by “we,” I mean the nutritionists and doctors of the world. That’s because what you eat is not the only important factor in your diet. Sounds fake, but it’s true, at least according to Dr. Michael Crupain.

Dr. Michael Crupain, medical director at The Dr. Oz Show and author of What to Eat When, believes that it’s not only about what you eat; it’s also about when you eat. Thank the f*cking lord. I spoke to Dr. Crupain about why timing is so important in your diet. So if you tend to feel hungry before bed and always reach for the bag of pretzels, read on!

Does When You Eat Matter As Much As What You Eat?

Simply put, yes. They both matter a lot because, according to Dr. Crupain, “it has to do with something called our circadian rhythm. That is our body’s internal clock, which is set by the sun. We often think about it as important for sleep, and it is, but it also helps regulate all the systems in our body including our metabolism.” And our metabolisms actually change throughout the day. Did anyone else know that? I sure as f*ck didn’t!

In layman’s terms, our bodies generally expect a lot of high-quality food earlier in the day and less food in the evenings. “When you eat a big meal at night,” explains Dr. Crupain, “you throw a wrench into the whole system, and instead of burning fat you are more likely to store it.” Ah, so that explains the bloat I wake up with, that part of me worries is an actual baby bump at this point. So if you don’t want to massively confuse your body, don’t have your pesto pasta right before you plan on passing out. However, this does not mean that you can’t eat before bed. Like, sometimes, I am so hungry that my body won’t let me sleep until I feed it something edible. More on this in a moment.

What Foods Should We Eat/Avoid?

If you’re aiming to live a healthy and clean lifestyle, which, like, same, eat the good stuff like whole grains, healthy fats, lean fish (salmon), seeds, and veggies. This applies at any time of day. So if you’re mad hungry right before bed, spread some mashed avocado on a seeded cracker and, boom, you’ve got yourself a healthy snack that will actually help you fall asleep without f*cking up your metabolism. Eating a low-energy food before bed helps regulate blood sugar levels that usually drop while you sleep.

Dr. Crupain also notes one thing we all already know but refuse to accept: “The most important foods to avoid are ultra-processed ones that are loaded with sugar. Also skip fried foods and a lot of red meat.” Look, cheeseburgers are my best friends and I will never fully give them up, but after talking to Dr. Crupain, I will def limit my Shake Shack intake because it is slowly killing me. *Cries quietly* Baby steps, though, right?

When Should You Have Your Largest Meal And Why?

Has anyone ever heard “breakfast is the most important meal of the day?” Lol, I joke. We are all too familiar with that phrase. Dr. Crupain says that the jury is actually out on this but, “what we do know is that breakfast and lunch combined are the most important meals of the day because that is when your metabolism is expecting you to eat and is best able to process that food. We recommend that you make breakfast and lunch your largest meals of the day and dinner the smallest. Ideally, you should eat when the sun is shining and get 75% of your calories in before 3pm.”

*Pauses to perform elementary-level math* I mean, this makes sense given that your metabolism is hard at work during the day and not as much while you sleep. I, however, have been doing the literal opposite of this since graduating college. I have coffee for breakfast, then the chicken and cheese from my salad for lunch, and an enormous dinner every damn day. Where has Dr. Crupain been all my life?! Since speaking with him, I’ve started waking up earlier to have a legit breakfast that ranges from avo toast to Purely Elizabeth granola with bananas and a lunch that consists of actually eating the greens in my salad. Adjusting to dinners that aren’t Michael Phelps-sized has been hard, but I have found that I’m sleeping a lot better and haven’t looked super bloated in the mornings! Speaking of sleep…

What’s The Best Type Of Food To Eat For A Good Night’s Sleep?

“For specific foods that can help you sleep, studies show that eating a lot of saturated fat and sugar can interfere with the ability to fall asleep, while foods like whole grains and fish can make falling asleep easier. In a pinch, some research suggests that kiwis and tart cherry juice can help people fall asleep,” I’m not a huge fan of kiwis, but I’d be down to try tart cherry juice because that just sounds delicious .

So there you have it, everyone. What you eat is important, but so is when you eat. This doesn’t necessarily mean that you should start eating Chipotle for breakfast, it just means maybe don’t have Chipotle for dinner if you eat dinner at 9pm. Of course, everyone’s bodies are different, but it’s safe to assume that having a heavy and enormous meal before bed will not work for you if you want quality sleep and a healthy gut.