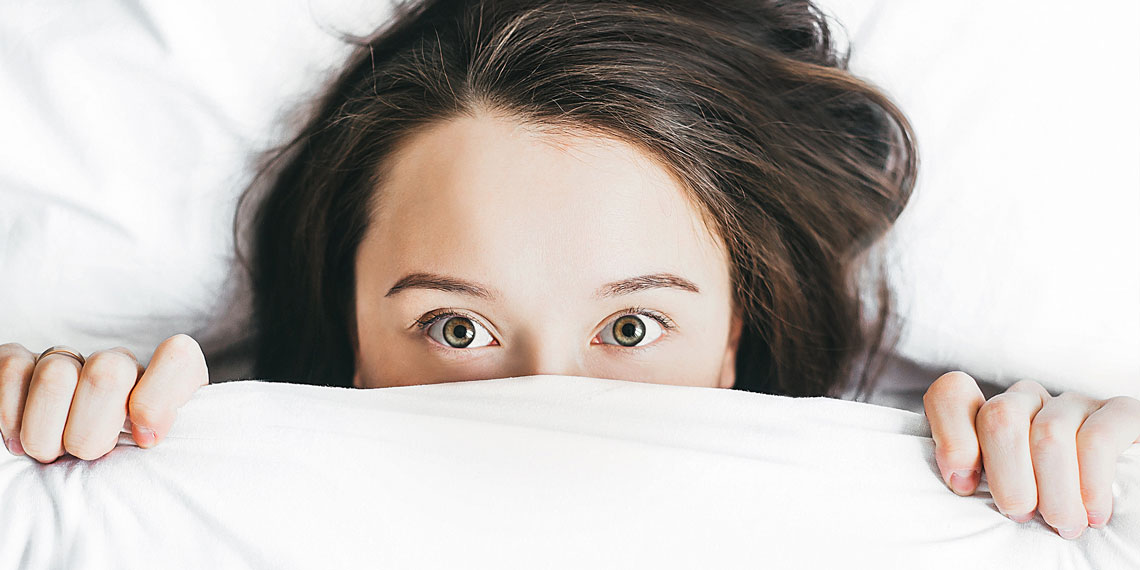 This might just come out as a rambling of complaining, seeing as it’s 5:15am and, as you can probably guess from the title, I have not slept. I apologize in advance if that’s what this is, and thank anyone for reading.

I’ve had issues falling asleep since probably my junior year in college, but only in the past year has it gotten so bad that I’m actually worried about it (and writing about it).

In college, there would be a few times where, even though I was in bed and tired, I didn’t fall asleep until between 2am-4am. Melatonin didn’t work, no matter how many times I took it. I’m sure sometimes I even took more than you’re supposed to (is that a thing?). But it never really concerned me too much because these nights would be isolated incidents that didn’t happen very often, and not in a row. Plus, I was in college, so my biggest responsibilities the next day would be going to a few classes and then taking a nap. I could do that on no sleep. And, anyway, college is about pulling all-nighters.

Fast-forward my first year or two out of college, and the problem got worse. Then, there would be a few nights where I wouldn’t fall asleep until 4am. It wasn’t great. I’d wake up feeling nauseated and in a fog, unable to concentrate. I’d get headaches. Plus, I would be emotional from the lack of sleep. I had a job at that point, so it really wasn’t ideal. But still, it rarely caused me a lot of distress, because I knew that if I didn’t sleep one night, then the next night I would sleep great. I just had to.

Until one night, I didn’t. Suddenly, I was going on two nights in a row of ~4 hours of sleep. To make matters worse, I had a job interview the next day. I cried when I woke up in the morning, sure I would bomb it because I felt and looked like sh*t.

To my surprise, things didn’t go that badly—and this, oddly enough, helped me with sleeping in the future. Whereas before the anxiety of falling asleep would keep me awake, counting down precisely how many minutes of sleep I would get if I fell asleep right at that second, the experience of this job interview lessened my sleep anxiety. “If I can go to work, kill a job interview, and then work another full day on not a lot of sleep, then I can do anything,” I rationalized to myself. “I don’t even really need sleep.”

Him: tell me your wildest fantasy
Me: 14 hours of sleep and then a buffet breakfast

The next time this happened, things didn’t go so well. I remember it was the day of New Year’s Eve, and I had to work. My friends were in town visiting, and we were all supposed to go out. The only problem? You guessed it—I hadn’t gotten more than 10 hours of sleep the previous two nights combined. I walked into work, and my boss casually asked how I was doing, as you do when you greet people. I immediately burst into tears. At a loss, and feeling bad for me, she sent me home.

Cut to December 2018, and I’m living in a new city with a new job. For reasons I can’t pinpoint, my insomnia has gotten worse. Like, way worse. At this point, falling asleep before 4am is a good night for me—now, I have nights where I don’t actually knock out until 6am, meaning I get two hours of sleep a night. That’s not sleep. That’s a nap.

One particularly bad night—I’ll never forget it because it was the night before Jingle Ball, and I was covering the red carpet—I didn’t sleep at all. And I don’t mean it like, “omg, I was tossing and turning all night, I didn’t sleep at all!” kind of way. I also don’t mean it in the “I was out partying until the bars close and didn’t get home until 6am” kind of way. I literally mean that I was lying there, in my bed, willing myself to drift out of consciousness, listening to a meditation app, then to a TV show, trying every other strategy I could find on the internet, until I could perceive the sun rising from the other side of my blinds, and I got out of bed and went to work.

The next day wasn’t as bad as you’d expect—I suspect we must have some evolutionary advantage where adrenaline will kick in on zero sleep. Sure, I could not see completely straight, but I did not, like, collapse from exhaustion. By that time, I had met with my doctor and told him I was having issues falling asleep, which I mostly attributed to an inability to shut my brain off (#CreativePeopleProblems). He told me that, in addition to therapy, he could either prescribe me an anti-anxiety medication or a sleep medicine like Ambien. Afraid of all the stories on the internet I’d read about people on Ambien sleep-walking into traffic or doing otherwise crazy sh*t, I chose the former. The night after Jingle Ball, I took half a Xanax and went to bed at 8pm. The next day, I felt great. The caveat? Benzos are addictive, and I was advised to resort to taking them, at most, once a week.

Cut to today, and my insomnia has reached what I can only hope is an all-time high. I actually don’t remember the last time I had a normal night where I fell asleep right after getting into bed at 11pm. I think two weeks ago? It’s f*cking me up physically and emotionally. I start tearing up at the drop of a hat, and I find myself being short with people. I have a persistent cold that’s constantly teetering on the edge of a sinus infection. To say I’ve been burning the candle at both ends is accurate, but it doesn’t even feel fair, since I’m not depriving myself of rest for lack of trying.

My doctor: When is the last time you had a good night’s sleep?
Me: https://t.co/a5jCGhJYyP

And I can’t talk to anyone about it. I mean, I have one friend who has similar sleep issues and completely understands, and I have a therapist. But nobody else really knows I’m suffering, and I feel like even if they did, they would think I was exaggerating. It’s a common millennial game, right? “I got five hours of sleep last night.” “Pshh that’s a dream, I only got three.” But, literally, if I got five full hours of sleep, I would be thrilled. I’d probably do a dance! I would definitely have the energy to, at least. As I write this, my best-case scenario is two and a half hours, and that’s if I were to somehow fall asleep right this second on my keyboard.

I really have no clue if my bosses, coworkers, and friends are aware that I’m basically this perpetually sick, emotionally volatile, walking zombie. On the one hand, the dark circles under my eyes rival Halloween makeup. On the other hand, I haven’t taken a day off work because it’s a slippery slope—I can mostly do my job, though writing coherently and more meticulous copy editing are harder, since I find it difficult to concentrate. But I’m awake anyway, so what would be the point of using all my days off?

And before you ask—yes. I have tried it. I work out every weekday, provided I get more than two hours of sleep the night before. I’ve gone through bottles of CBD gummies and pills. Melatonin can suck my d*ck. Journaling helped one time. You get the idea. I’ve tried it all, short of sedatives. It’s not that I’m not tired, or that I’m anxious about anything in particular—at this point I feel like my body has just forgotten how to switch off.

I feel like (with the exception of new parents, I’ve heard that sh*t is brutal) nobody really understands what it’s like to go through your everyday life lacking something as basic as sleep. I seriously envy people who never have to think about sleeping, and who can pass out the second they close their eyes. On the one hand, my insomnia is a source of constant anxiety and dread. Will I be able to fall asleep tonight? Will I have to cancel my obligations because I can barely function? Should I finally bite the bullet and skip a day of work? On the other hand, I’ve grown accustomed to living in a bit of a fog, and at this point, I can’t even remember what it would be like to see with total clarity all the time. I’ve accepted insomnia as a part of who I am, and just hope it doesn’t kill me. Is that a solution? Hell no. But at this point, I don’t know what is.