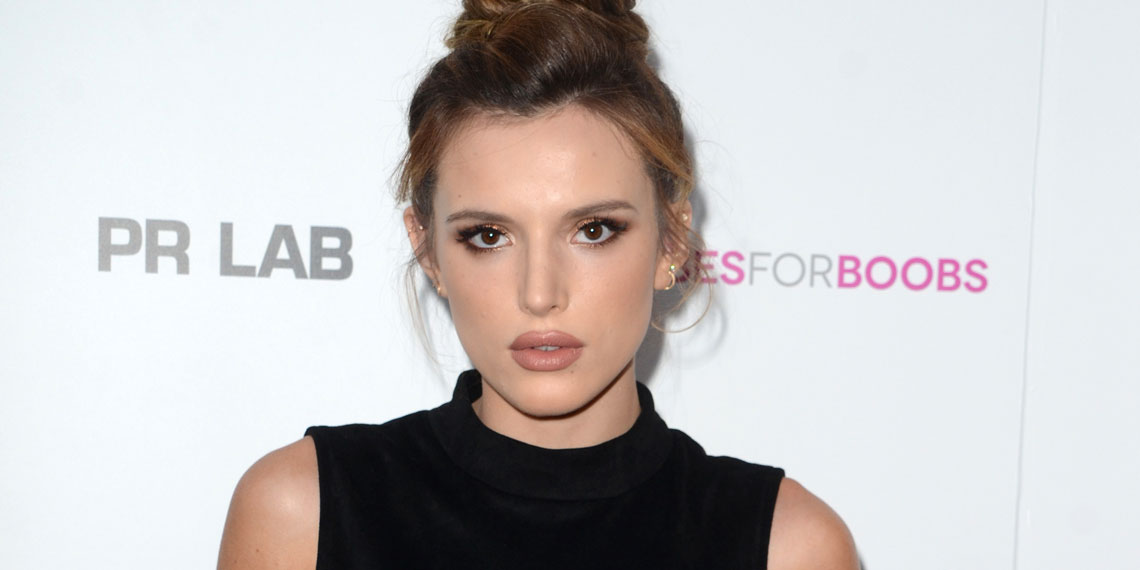 Bella Thorne Started An Important Convo About Editing Your Photos

I normally really don’t care about Bella Thorne, but she posted something today that is really cool and v v important. In this sick and twisted world we live in of Photoshop fails, influencers, and CGI people telling us what to look like, we definitely need reminders that real people don’t have these sicko Barbie proportions we see everywhere. If I see one more grown-ass adult woman with the waist of a toddler, I will start throwing sh*t. But seriously, that CGI model influencer sh*t really freaked me out. I don’t need to be told what I should look like by f*cking Woody from Toy Story (who is also a CGI model, in case you don’t understand what’s happening). Literally that woman and Woody are the exact same thing. And we accept this as our body standard.

Instead of everyone editing themselves to match, I would REALLY appreciate if we all just owned our real shape/face/etc. And in that, Bella Thorne did something right. She posted a VERY real photo about how she doesn’t edit photos:

Ur bitch never edits she refuses. And I feel so much prettier when I don’t it. I’m not in my head about like how this or that looks better w a little help. That always made me feel worse so I put a ban on editing photos of me. Mags kinda didn’t like it at first but they got used to it and so did every Photgrapher I work with. So stick to your guns folks!! #thelifeofawannabemogul

You can tell this photo hasn’t been tampered with. All the background lines are straight, for one. Her skin has texture instead of being airbrushed. And she has very normal body proportions, not like an alien Barbie. Bella is a very pretty, very thin girl, let’s make that clear. But it’s awesome to see photos of a celeb that have a waist that can actually FIT organs. And eyes that are in proportion to her head. She’s obviously had her lips done and some Botox, but whatever, we need to see more of this always. More celebrities need to get on board.

And Bella is totally right—editing your photos to death just validates to yourself that you are not good enough and puts you too much in your own head. Who wants to over analyze every single photo of themselves and pick out every imperfection? That just cannot be good for your self-esteem. And IMO, the “fixed” photos always look scary af.

I just think it’s funny that Bella chooses to make this grandiose announcement after all the drama with her ex Tana Mongeau. Tana and Bella broke up, Tana got engaged to someone else horrible, and they had a trash wedding that she herself admitted was for the ‘Gram, which is the grossest thing I’ve ever heard. Not only was the wedding super weird, they actually charged people to stream it. And it gets worse. Jake Paul has had a fake marriage before. They don’t have a marriage license, which means this isn’t legal. Honestly, that is a relief, but stop with your lies, Tana. And apparently, this is all just to promote Tana’s new MTV YouTube show. WHO even wants to watch that?

Sidenote: remember when all those people used the excuse that gay marriage would ruin the sanctity of the institution? Are you f*cking kidding me? Just look at these straight people.

Anyway. Tana has been our reigning queen of photo retouching FAILURE, second only to Nat, and I don’t even really understand who either of these people are still. Tana does the worst kind of the edits—mutilating her body beyond recognition and ballooning her eyes and lips so she looks exactly like a blowup doll. It seems like Tana is faking everything in her life—her face, her body, her relationships.

you meet so many people in this life that are so quick to be so happy for you in your high moments, to stand by your side when you succeed- but to be so lucky to find a friend that will stand with you through your lowest moments is something most people aren’t even lucky enough to find. thank you Ashly, for starving with me so that we could eat together. for never leaving my side, even when it could’ve been easy. for literally having the same brain as me, just a little more organized… i can truly say you are my best friend on earth and it’s crazy to me that we met because all of our friends at the time were treating us like shit. i didn’t even know what ride or die meant until i met you… HAPPY BIRTHDAY TO MY SISTER! thank u for existing. for being there in every fucked up situation to either cry with me or secretly film for live footage. getting evicted and being homeless with me. staying around even when my stalker fucked with you like it was me.. fighting with eachothers families like it was our own… and shit most of all, succeeding and crushing life together. HAPPY FUCKING BIRTHDAY!!! i literally feel like I am 22!!!!!!!! now can we put on fake eyelashes and bombshells and blackout or??!!!????? ALSO WE DID THIS PIC WITHOUT A FACETUNE HELLO!!!!!!

Is Bella posting this now to shade her ex? Like, “hey Tana, here’s what a real person looks like, maybe you should try it”? TBH, I can’t imagine Bella isn’t feeling disgusted with Tana. She was super upset when Tana got engaged and then now we hear it’s all a setup. If my ex did that, you can guarantee I would talk sh*t. Say what you want about Bella Thorne, but she is very real. She’s always been open about her feelings and what’s going on in her life. And she’s real about her photos, too. Good job, Bella!

Do you think Bella posted this to shade Tana? What other celebrities do you love that don’t edit their photos? Is Tana’s marriage complete BS? Let me know your thoughts in the comments.