The Best ‘Bachelorette’ Recap You’ll Ever Read: I Worry For The Public School Systems

Welcome back to the best Bachelorette recap you’ll ever read! Last week was the official kickoff to Michelle Young’s season. If you thought just because Michelle is poised, mature, and sexy, that the caliber of men would rise beyond “spank me with a yardstick” gimmicks and weenie bikinis—then obviously you don’t know this franchise as well as I do. God, it’s good to be home.

They Aren’t Smarter Than A 5th Grader

Ah, I see we’re still going to be milking the “hot for teacher” theme for as long as we can. I love that the ABC creative team has the critical thinking skills of a pine cone. Carry on.

For Michelle’s first group date, the men must compete in a Quiz Bowl. There will be math questions, spelling questions, science experiments, a game of wits (musical chairs), all judged by three precocious squirts who can’t be more than 10. I’m sorry, I thought the goal of these dates was to make these men seem more desirable? Not to have their intelligence owned by a mouth breather on national television.

Once again, the children remain the standout stars of this season. Despite the men’s best efforts, they’re giving me crumbs compared to the star power that is little Mia. She can barely contain her disgust for these adult men fumbling through basic spelling, and I’m LIVING for it. She takes particular beef with Pizza Peter, who spends the entirety of the date acting like he has the maturity of a Slinky.

At one point, Pizza Peter tries to get Michelle’s attention by whisper-yelling her name nonstop until she acknowledges him (where is the principal’s office when you need it?), to which Mia yells with all the force of a beleaguered woman twice her age who has maybe seen some shit: “LEAVE HER ALONE MY GOD!” Simply iconic.

Little Mia isn’t the only one who has it out for Peter. Peter was probably the kind of kid who made his teachers want to drink heavily on a Tuesday—and it shows. He treats musical chairs as if it’s a game in a gladiatorial ring where the only outcomes are survival or mauling by rabid hyenas. I’ve seen less bodily harm come out of an actual bar fight. Have some class, Peter! There are children in the room!

THE KIDS: Spell “narcissist”
WILL:

ME TO MY DOG, ALONE ON MY COUCH:

Unfortunately, the cocktail portion of the evening fares no better. Instead of “hot date night” the evening is giving us more “we need to talk about Jimmy ” parent-teacher conference vibes. It’s like Michelle cannot turn off the teacher side of herself. Brandon, to his credit, does try to steer the conversation toward more romantic avenues and Michelle’s like, “yeah, yeah, but first let’s talk about your spelling.” My god! The man is trying to woo you, and you’re thinking about the kind of study packet that would best suit his learning style. Take the day off!

Meanwhile, Tiger King and Miami Vice over here are throwing fists over chardonnay. Jesus Christ, can we not have one nice evening, people? Will and Peter are still arguing about the spelling burn from earlier in the date, proving they have the the decorum of a Jäger bomb. The woman just spent all day teaching; let her drink her glass of wine in peace!

Michelle catches wind of the fight and asks Peter about his role in it. He’s like, “that was really out of character for me.” Yeah, see, I’d believe you more if you weren’t dressed like a guy whose personality is more chaotic than an Electric Zoo festival. Send him home, Michelle. The only future this guy has is at the center of a news story about a guy farting into pizza dough for TikTok views.

Jamie scores the first one-on-one date of the week: a rock climbing adventure in Joshua Tree. I guess this date is supposed to be a metaphor for relationships: it’s hard and scary and trying to master one could lead you to an early death in a rocky ravine. Finally, a date that makes sense!

Despite this being Michelle’s date that she seemingly picked out, or at least had some sort of creative say in, she’s terrified of mountain climbing. She’s acting like this is 127 Hours, not an influencer’s wet dream. You’re in Joshua Tree. The worst thing that can happen to you there is that you wear an athleisure set that doesn’t match.

Later, Jamie reveals that his mother struggled with mental health issues. After a brutal description of his childhood, he reveals that she died by suicide when he was 24. This is DEEP. It almost feels sacrilegious to air this footage mere moments after a man in a banana print shirt yelled about being embarrassed in front of children.

Personally, I’m not sure how I would handle hearing a story like this on a first date, but Michelle handles it beautifully. She’s like, “I don’t really know you, but I’m proud of you” and I love that she went into teacher mode for this. She could have said “thank you for sharing” or “thank you for your vulnerability” but that’s the producer-approved answer. This feels more honest. Emotionally, these two are already at third base. Can’t wait to see what their future holds!

The second group date graduates the men from elementary school to high school. Miss Young has left the building and Coach Young is ready to turn boys into men on this basketball court. She’s joined by two of her pals in the WNBA. First of all, I want to meet Monica Wright McCall or no player at all. Second of all, the amount of confident athletic prowess wafting off these women is staggering. You can tell these emotionally stunted barn animals posing as eligible bachelors don’t know whether to be aroused or scared. (The correct answer is both).

Joe has never looked hotter to me than on this group date. Michelle says that he looks “at home” on the court, and by that I think she means his ass looks at home in those basketball shorts. I’m picking up what you’re putting down, girlfriend.

We learn that Joe was crowned Mr. Basketball, which seems an unfair advantage given that the winners of this basketball game get alone time with Michelle. Sadly for Joe, he has Pardeep on his team, whose idea of a free throw is to granny-shot the ball in the basketball net’s general vicinity. Don’t worry, Pardeep, your air balls will only live on for eternity on the internet!

JOE: *somehow lands on the losing team*
TAYSHIA: Actually!! We’re giving out an MVP award to someone who was the most valuable player: Joe!!

Joe and Michelle are hitting it off at the cocktail party. It might as well be a one-on-one date for the amount of time she spends with anyone else. Michelle says that she’s never felt chemistry this off the charts before with another person, and it’s like, is that there’s chemistry or is it that he ghosted you once and now you’re high off validation? Be honest.

Joe ends up scoring the group date rose and a new target on his back. He should have realized nobody likes a winner.

The rose ceremony is full of shocking twists. For one, I was not aware that an ear piercing was a requirement before coming on this season. There are so many earrings in this room, I feel like I just walked into Claire’s.

And then there’s Jamie. Jamie, Jamie, Jamie. Just when I was starting to root for you and your under-eye bags. It’s clear from the moment the cocktail party begins that Jamie woke up today and chose violence. He hears that Joe is a top contender, and instead of feeling secure in his relationship—AND THE ROSE HE ALREADY HAS—he decides to cause chaos at the rose ceremony.

The thing is, Jamie is being so stupid. He had such a great date! He already had a rose! Why couldn’t he just keep his mouth shut? And Michelle! Why is she making such a big deal about this? She doesn’t need to explain herself to anyone. Plus, she and Joe didn’t actually date before the show. As my mother tells me every time I update her on my love life: DMs don’t count.

Michelle calls the class to homeroom to set the record straight, and WOW does she handle her shit well. She handled that like a SAINT. She calmly delivers all the facts. How she exchanged two messages with Joe, how he ghosted her, how she never met him in person before that first night. You can tell the guys have no fucking idea what she’s talking about. She’s like “any questions?” and the room is still trying to process why DMing someone is a crime.

MICHELLE: This is a conversation, there shouldn’t be silence right now.

HAHAHA. God, she is such a teacher. Michelle, you can’t just wait for them to decide to participate in class discussions. Don’t you know you have to elicit that response by randomly calling on people until one of them caves in fear? That’s Teaching 101!

Michelle cancels the cocktail party because she’s had enough with these guys. Oh honey, it’s only week two. I do love how much the guys pout when they don’t get a rose ceremony. They’re like, “what? We have to rely on our good looks to get us through the next round?” Of course, you idiots! We barely wanted to see your personality at this stage in the game anyway. This is bad news for Alec, Pardeep, Daniel, and PJ, who are all going home. It appears their attractiveness does know some bounds. Better luck next time, boys.

And that’s all she wrote! See you hoes next week! 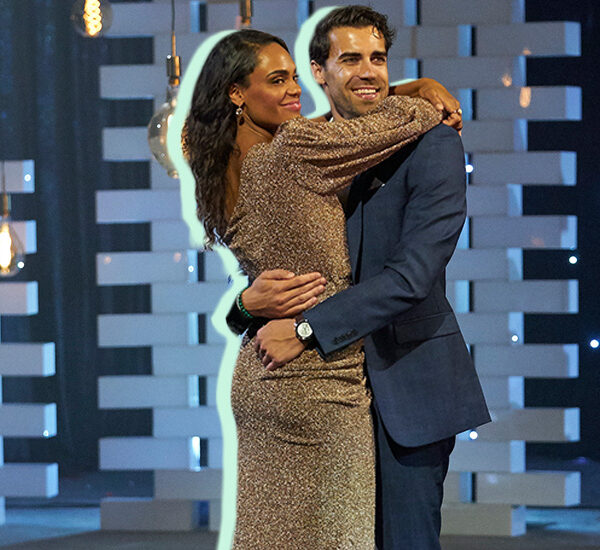