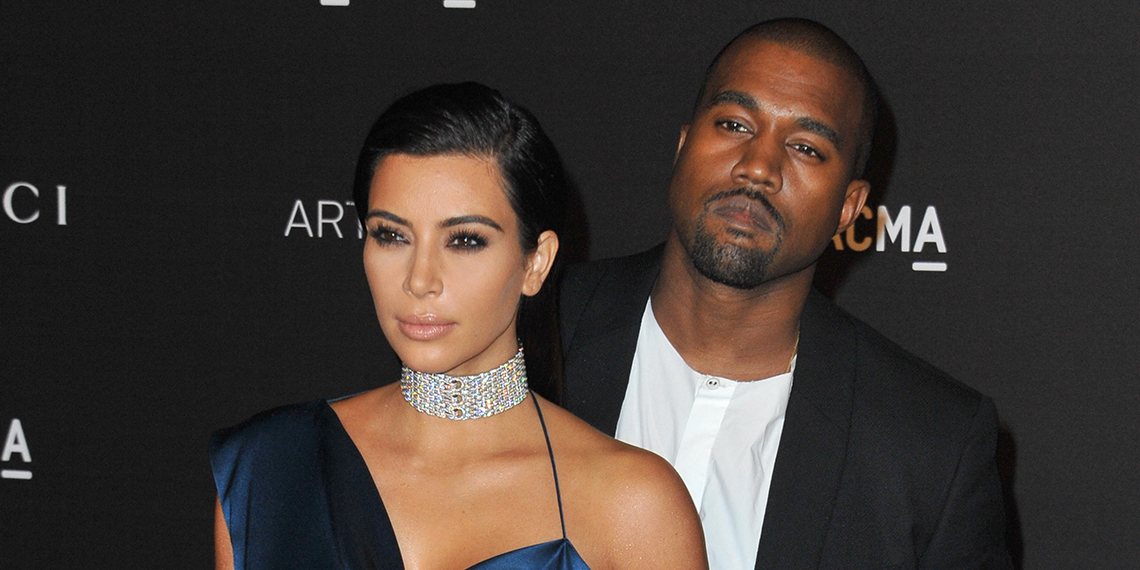 Are Kim & Kanye Getting A Divorce? All The Evidence They’re Not Doing Great

For years, I thought that Kim Kardashian and Kanye West were that rare celebrity couple that was immune to everything going on in the world around them. Both polarizing figures and lightning rods for controversy, they were a problematic fav power couple that seemed like they really were meant for each other. But in 2020, as Kanye has deteriorated from a problematic fav to just problematic, we’ve started to hear rumors—and see evidence—of cracks in his relationship with Kim. As much as I try to ignore Kanye these days, I can’t help but be fascinated by what’s going on with this marriage right now. So let’s look at all the evidence that a split may be in the cards for Kimye.

Obviously, Kim got a ton of backlash for her recent 40th birthday trip to Tahiti, but her COVID consciousness is a separate issue. Personally, I can’t stop thinking about how Kanye’s presence on the trip was mostly concealed. He wasn’t in a single one of the photos that Kim posted (and she posted many photos), and the only reason we even know he was on the trip is because Kourtney tagged him in an Instagram story!

Now, one might think the bigger relationship red flag would be if Kanye had skipped the trip altogether, but that could’ve been easily explained away with work commitments, or the fact that he’s technically still in the middle of a Presidential campaign. Those would have seemed like excuses, but whatever; Kylie didn’t go on the trip either! But the fact that he was on that island, and he either wasn’t in any group pics or Kim specifically chose to post pictures without him? Every single alarm bell is going off in my head. I’m sure Kanye can be weird about taking pictures sometimes, but to go on a giant trip for your 40th and not post a single pic with your husband is not an indicator that your marriage is thriving.

For my birthday, Kanye got me the most thoughtful gift of a lifetime. A special surprise from heaven. A hologram of my dad. ✨🤍 It is so lifelike! We watched it over and over, filled with emotion. pic.twitter.com/jD6pHo17KC

We’ve known for a long time that these people are f*cking strange, but they sort of outdid themselves this time. On Thursday, Kim shared that Kanye’s 40th birthday gift to her was a hologram video of her late father speaking to her. The internet seems divided on whether this is a cute or creepy gesture, but I sincerely hope Kanye cleared this idea with Kim before spending however much a custom hologram of a dead person costs. Kim shared CGI Dad’s message to her, and the whole thing is a little strange. Robert praises his daughter for her businesses and her support of Armenia, then calls Kanye the “most, most, most, most, most genius man in the whole world.” Subtle. Did Kanye write the script for the hologram, because even for him, that’s a little much. On Twitter, Kim claimed to really love this gift, but idk, something feels off here.

This morning, Kim shared her family Halloween photos, which are Tiger King-themed this year! (Curious whether Kim actually watched the show, or if her assistant just told her what to do.) The kids are little tigers, Kim is Carole Baskin (iconic), and Kanye is Joe Exotic. Oh wait—did I say Kanye? Sorry, I meant Jonathan Cheban. Yes, Foodgod stepped in for the family costume pics this year, and no explanation was offered for Kanye’s absence. Now, we know Kanye doesn’t love the family Halloween photos, and in the past, he’s usually worn costumes that completely conceal his face/body, leading to some speculation that it wasn’t actually him in the photos. But in the past, Kim at least wanted us to think that he was participating in the family costumes—this year, we just have to accept that Jonathan Cheban really is part of the family. Ew.

Now that I have your attention…this a reminder to VOTE. 6 days. pic.twitter.com/2UPuT9nilH

Back on July 4th, Kanye announced his run for President, adding on to the sense of dread that has accompanied most of this year. Kim retweeted Kanye’s initial announcement with an American flag emoji, but since then, she’s been 100% silent about Kanye’s run for President. She did not attend his first (and only) campaign rally in July, and in recent posts about voting, she’s notably chosen not to endorse, or even mention, any specific candidate. According to a People source, when Kim visited Kanye in Wyoming in July, she “urged” him to abandon the campaign, asking him to “focus on his mental health” instead. Kim opened up about dealing with Kanye’s mental health struggles in an emotional post around the same time, but when it comes to Kanye’s political aspirations, it doesn’t seem like something she’s willing to touch. Tbh, it’s a little unclear what Kanye is even trying to do with this whole campaign thing, considering he’s not even on the ballot in most states, but it’s hard to imagine he wouldn’t like a little more public support from his wife.

Who knows where Kim and Kanye’s relationship trajectory is really headed, but adding up all the evidence from the past few months, things don’t seem like they’re going great. With KUWTK wrapping up soon, it might be an ideal time for Kim to leave her marriage without quite as much public attention, but let’s be real, if they actually get divorced, it’s going to be a huge deal. Or maybe their divorce will be the series finale—that possibility has Kris Jenner written all over it.