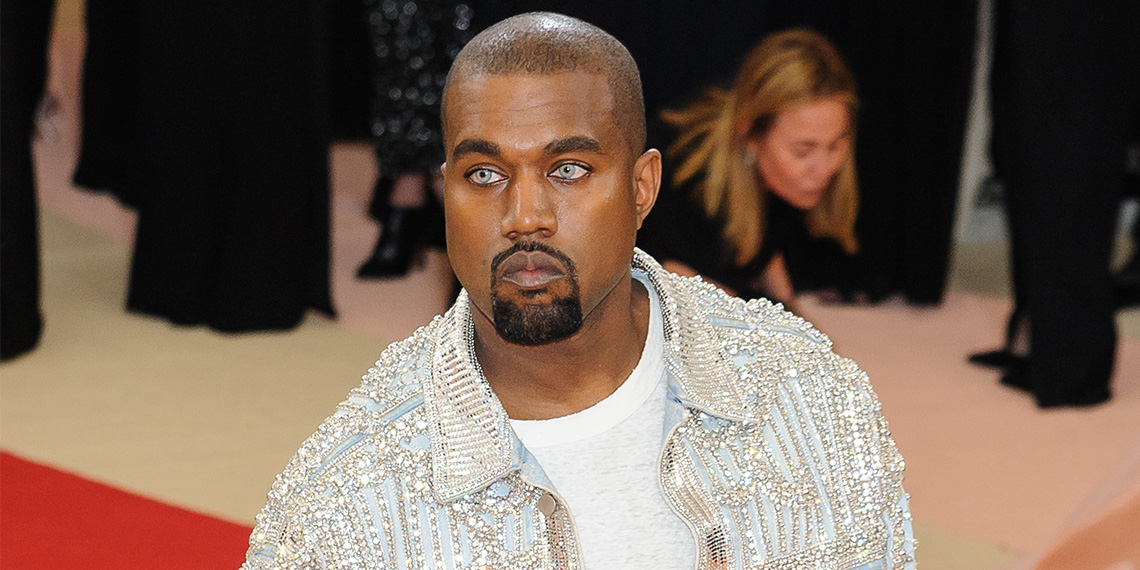 UPDATED: Is Kanye West Serious About Running For President?

UPDATE: Since Kanye West announced his Presidential candidacy on July 4th, we’ve watched with a mix terror and confusion. Is he serious? Why? Can we not? But yesterday, just 10 days after announcing his Presidential candidacy, it appeared that Kanye West’s political ambitions had been put on pause. In a New York Magazine report, Ben Jacobs spoke to Steve Kramer, an election specialist who was hired to work on Kanye’s campaign, who confirmed that “he’s out” of the 2020 race.

Kramer shared that he was hired last week with the goal of getting Kanye West on the ballot in South Carolina and Florida, two states with July 15th filing deadlines. For a moment, the campaign was definitely a real thing, and Kramer claims that they had “over 180 people” working to collect signatures in those states. But by the end of last week, Kramer told Jacobs that Kanye was bowing out, and everything related to the campaign was “canceled.”

But just as we all let out a resounding sigh of relief, the nightmare came to life again. Turns out, Kanye West filed an important federal election form TODAY, suggesting that he may not be done with this presidential nonsense just yet. While each state has their own rules about the election, there are also federal guidelines that candidates have to follow. In order to declare a Presidential candidacy, you have to file two forms with the Federal Election Commission: the Statement of Organization (Form 1) and the Statement of Candidacy (Form 2). Form 1 basically just states that you’ve formed a committee, whereas Form 2 (which is way more important) shows that you’ve raised at least $5,000, and officially makes you a candidate.

Today, Kanye filed Form 1. It’s an important step, but if he really has any intention of entering this race, he only has a short time to file Form 2. The FEC states that Form 2 must be filed “within 15 days of becoming a candidate,” which happened on July 4th in Kanye’s case, unless there’s some weird loophole. It’s been 11 days since then, so hopefully he gets bored in the next few days and doesn’t file the form. But even if he does, he’s still missed the ballot deadlines in crucial states like Texas and Florida. Seriously, why is he even putting us through all of this?

We may never truly know all the details behind this maybe-campaign, but I have a feeling he may not have realized how big of an effort it would be just to get his name on the ballot. Despite grandiose ideas he discussed in that bizarre Forbes interview, I really can’t imagine him following through with this. It’s going to be like when a kid can tell they’re going to lose a board game, so they just get up and leave before it’s over.

Kanye and those around him have been strangely quiet about the status of his campaign, but based on Kim Kardashian’s most recent post, she’s not too concerned. Honestly, she’ll probably be relieved if she doesn’t have to spend the next four months at boring campaign rallies.

I hope everyone has a great day ✌🏼

Original Article: I think I speak for all of us when I say that we’ve had enough of 2020. I’d like to go to sleep for the next six months, and then be woken up when we have a coronavirus vaccine. But sadly, I cannot go to sleep, mostly because of the constant fireworks, so this nightmare year just keeps chugging along. This weekend brought some exciting new developments out of the magic bag of hell, like cases of West Nile virus in at least 13 states, a case of Bubonic plague in Mongolia, and Kanye West’s announcement that he’s running for President this year.

Kanye made his big announcement with a tweet on the evening of July Fourth, which felt like the problematic cherry on top of a holiday that some feel we shouldn’t even be celebrating anymore. In his tweet, he declared that we “must now realize the promise of America by Trusting God, unifying our vision and building our future.” Tbh, he lost me at God, but of course none of this actually means anything.

We must now realize the promise of America by trusting God, unifying our vision and building our future. I am running for president of the United States 🇺🇸! #2020VISION

He finished it off with the hashtag #2020VISION, which I’m honestly surprised neither major party candidate had already claimed for himself. But aside from the immediate urge to laugh at Kanye being Kanye and doing something unbelievable, it’s hard to tell whether he’s joking or not. After all, Kanye said he would run for President in 2020 way back in 2015, though he later said he would run in 2024 because he wanted Trump to serve two terms. So what is the truth? After Kanye’s tweet on Saturday, billionaire Elon Musk quickly hopped aboard the #2020VISION train, tweeting his support.

You have my full support!

Given Elon Musk’s recent baby name choice, I certainly won’t be taking political advice from him any time soon, but his tweet made it even harder to tell whether this is legit, or if we’re all just being trolled. But it turns out there’s more to running for President than just tweeting about it, and some of the technical details here make an official Kanye West campaign seem pretty unlikely.

First of all, it’s late in the game. So far, Kanye hasn’t filed any official documents about a Presidential run, assuming that a 2015 Green Party filing for “Kanye Deez Nutz West” isn’t legit. You never know, I guess. It’s unclear at this point whether Kanye West leans more Democrat or Republican politically, but he won’t have a chance at either party’s Presidential nomination. Those filing deadlines are long gone, and Trump and Biden have clearly wrapped up those slots in November’s election.

So Kanye would have to run as an independent candidate, but the election filing rules are still complicated. Each state sets their own deadline for independent candidates to file, a handful of which have already passed (including Texas, with its 38 electoral votes). Most state deadlines are in July or August, which would still give Kanye time to file, but there’s another complicating factor. Most states require a potential candidate to collect signatures in support of their candidacy in order to file, and that number varies by state. Kanye obviously has fans, and many states only require a few thousand signatures, but high-population states like California and Florida require well over 100,000. Sure, Kanye has fans, but he’s going to have to mobilize quickly if he actually wants to make this happen.

If he chooses not to mess with the complicated filing deadlines, Kanye’s other option would be to campaign for write-in votes. This would mean a lot less rules to figure out, but of course, he would still have to get people to write his name down in November. Whether or not Kanye is serious, let’s be real, he’s not going to win. But in an election year that many see as one of the most pivotal in recent memory, it feels like the wrong time for distractions. In a tweet that echoed many people’s concerns, actor Eric Balfour called Kanye out:

Do you guys think this is all a joke? That potentially pulling votes away from the only nominee who can defeat Donald Trump is cute or funny? This is the height of privilege, ultimately it won’t hurt you, you’re wealthy enough to survive 4 more years of Trump! Come the fuck on! https://t.co/Y9YIC2ZOpX

Whether Kanye West actually intends to run for President in November or not, no one needs this right now. We have far bigger issues to focus on, like fighting an out-of-control pandemic, working to undo centuries of racism, and protecting the civil rights of trans people. Everyone should get involved in politics in their own way, but that doesn’t mean Kanye West should run for President.