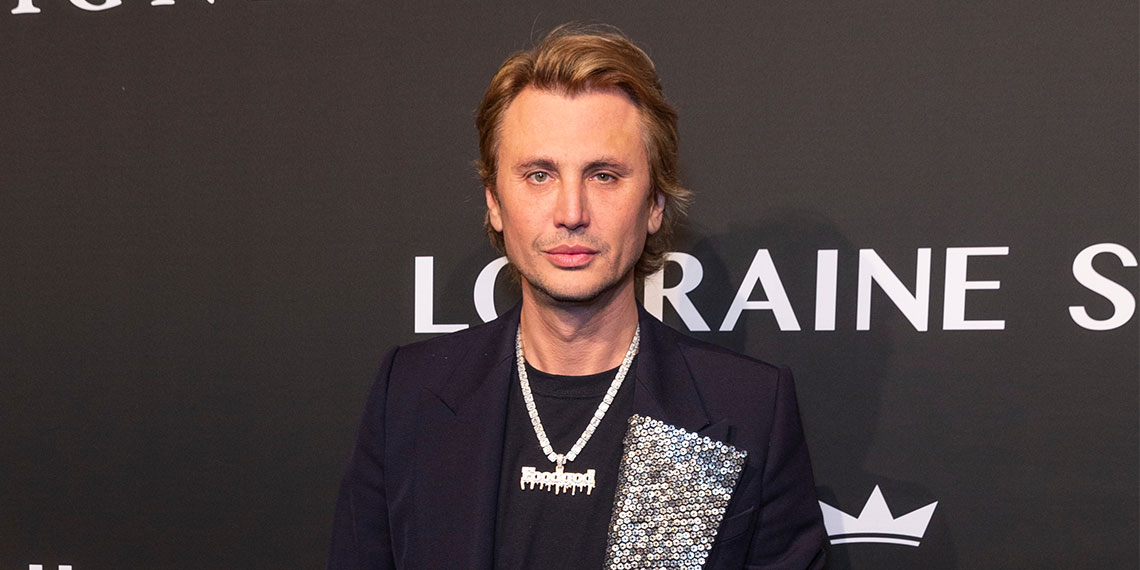 If you’re a dedicated follower of the Kardashians, then you’re already familiar with their wide network of freeloaders and coattail-riders, ranging from makeup artists to “best friends.” But of course, the most prolific of these Instagram creatures is Jonathan Cheban, aka Foodgod, aka the gum stuck to the bottom of my shoe that I just can’t quite scrape off. Jonathan is known for his cringeworthy antics across the internet, but today he’s in the news for legal reasons that I’m still trying to wrap my head around.

Starting last year, Jonathan Cheban became the face of burger chain Burgerim. His partnership was announced with an unintentionally hilarious YouTube video, in which Foodgod talks about his whole life philosophy, and why Burgerim is life changing. Please watch the video, because I simply can’t do it justice with words alone.

I’ll admit, I had never heard of Burgerim before *checks clock* 45 minutes ago, but according to their website, they’re based in Calabasas, and they’re the “fastest growing burger chain in the US.” It looks like they have dozens of locations across the country, and based on the photos on the website, the food looks pretty delicious. So what’s the problem? Well, it turns out that Burgerim seems to have been run like the fast food equivalent of a multilevel marketing scheme, and a lot of people are getting ripped off… including Foodgod. I hate to say it, but he might be a victim here.

In a new report, Restaurant Business details how Burgerim implemented an aggressive franchising model, aimed at getting lots of money from people with little to no experience in the restaurant business. According to the report, “It is almost impossible to comprehend just how successful Burgerim was at selling people on the brand,” but whatever they were doing worked. The company went from having zero US locations in 2015, to having over 1,200 signed franchisees by the end of 2019. Growth like that sounds too good to be true, and—surprise!—it was.

Burgerim was charging a franchise fee of $50,000 per location, and many people were clearing out their savings or getting loans to make the payments. But the initial fee didn’t cover construction costs or the expenses of running a restaurant, and many franchisees said their costs soared into the hundreds of thousands before they even opened their locations. These costs aren’t different from any other franchise-based restaurant, but what made Burgerim unique were their money-back guarantees, and promises that franchisees would start to see profits immediately upon opening. Spoiler alert: none of that sh*t actually happened, and Restaurant Business estimates that over 100 Burgerim locations have closed since 2017. (I’m getting major Lularoe vibes rn.) Of the 20+ franchisees covered in the RB report, some have filed for bankruptcy or even found themselves homeless in the wake of their Burgerim nightmares.

In reality, this aggressive franchising model isn’t that different from all the pyramid schemes that your high school classmates are trapped in. You have a big company promising randos that they can be business owners and make tons of money, even if they know nothing about makeup/wellness/whatever industry their MLM of choice exists in, but that’s only really going to happen for like, two percent of the people. The others are going to waste a sh*t load of money, and probably be pretty broke or in debt by the end of it.

Adding to the pyramid scheme vibes, Burgerim didn’t collect any royalties from its franchisees, meaning that the only money they were collecting was the initial franchise fee. Because of this, their only hope of being successful was getting more and more people to become franchisees, even if the locations weren’t going to be viable. Basically, they were getting $50,000 per person, then peacing the f*ck out. Okay, so maybe it didn’t have the recruitment aspect of a traditional pyramid scheme, but still, sounds like a scam!!

In recent months, it appears that Burgerim’s devious tactics have caught up to them, and naturally they’ve responded by admitting wrongdoing and putting a stop to their toxic behavior. Just kidding!! Instead, they pulled the professional move of—and I love this—ghosting their franchisees for weeks. According to RB, Burgerim management “went dark” for more than six weeks beginning around Thanksgiving, with franchisees unable to hear back about any of their issues. Around Christmas, an email said the company was restructuring and offices would remained closed through the holidays, but mysteriously, they were still responding to inquiries from potential franchisees during this time.

Basically, whoever is running the show at Burgerim is obviously trash, and it seems like they just want to suck the money out of their franchisees and disappear. So now let’s circle back to Jonathan Cheban. Like I said, he became a spokesperson last year with the aforementioned YouTube video and glowing reviews on his social media. But now, he’s taking legal action against the company, because apparently they didn’t treat him so great, either.

In a legal letter obtained by Page Six, Cheban’s lawyer cuts ties between Foodgod and Burgerim, and demands they pay “all sums due to ,” and stop “making representations that Mr. Cheban is liable for any debt.” The letter also claims that the people behind Burgerim have most likely left the country, which seems about right. Personally, I don’t really see how anyone would assume Jonathan Cheban is responsible for this whole finasco, because that’s really not how celebrity brand endorsements work, but whatever. I’m really curious how much money they owe him, because I hate to think that his endorsement is worth that much money.

While it’s always fun to lightly roast Jonathan Cheban, at the end of the day, this isn’t really about him. There are hundreds of Burgerim franchisees who have basically lost everything to a company that doesn’t give a sh*t, and they don’t have the benefit of fame (or fame-adjacent status) to help them chase Burgerim down for money. Sure, Jonathan may have gotten a little lost in the sauce, and his image might take a hit, but he still has millions of followers who are patiently waiting to see which godforsaken humongous dessert he’s going to try next. He’ll be ok.