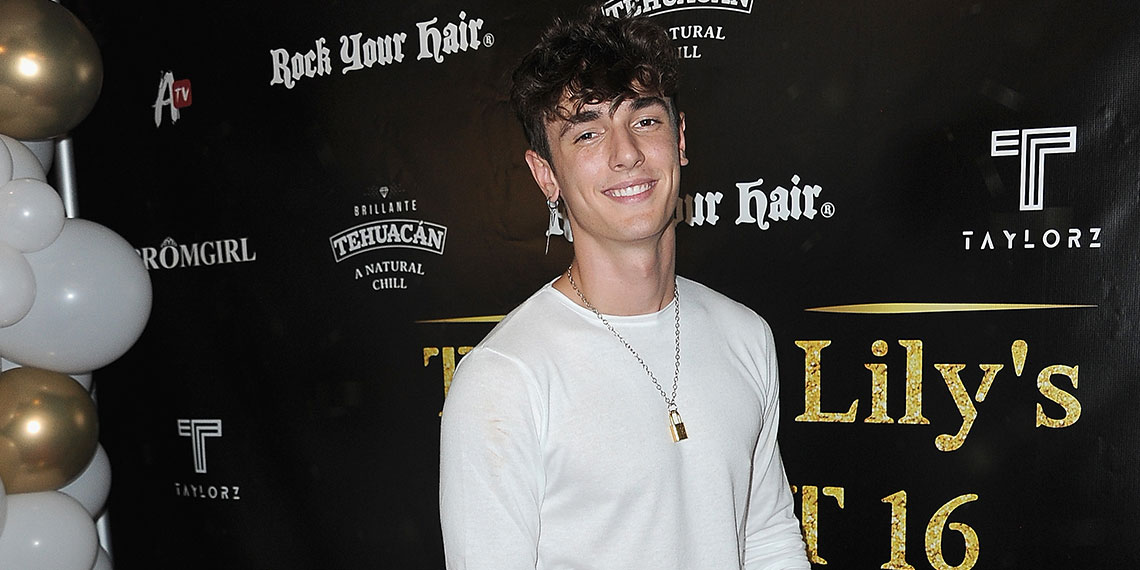 A TikTok Star Got His Utilities Shut Off For Hosting Parties

Five months into a life-altering pandemic, it’s safe to say that most of us have made a questionable decision or two when it comes to social distancing. No one is perfect, and every single choice we make in 2020 comes with some level of risk attached. But while you might be second-guessing your decision to hug a friend, or run without a mask on, chances are you’re doing a better job than TikTok star Bryce Hall, who’s in hot water after hosting numerous crowded parties at his home in LA. And by “hot water,” I really mean the opposite, because his house no longer has running water. Seriously.

Huge parties at homes in Los Angeles have repeatedly made headlines this summer, and Gen-Z influencers have been some of the prime culprits. There was the over-the-top birthday party last month at the Hype House, and semi-professional clown Jake Paul hosted numerous parties at his house before it was recently raided by the FBI. Bryce Hall, a 21-year-old with 13 million TikTok followers, also turned his house into a frequent illegal party spot, and the LA city government was starting to get desperate to shut down these events. Two weeks ago, Los Angeles mayor Eric Garcetti warned that he would consider shutting off electricity and water at homes where parties were taking place if they didn’t start following the rules.

Well, dumb rich people are gonna do dumb rich people sh*t, and the parties didn’t stop after Garcetti’s warning. While things have gone quiet over at Jake Paul’s house since the federal government got involved, Bryce Hall continued to host large gatherings at his rented home in the Hollywood Hills, including one just three days after Garcetti’s initial warning. Despite the police breaking up that party and reportedly threatening criminal proceedings, Hall hosted another party last Friday. Yesterday, Mayor Garcetti finally pulled the plug—literally. In a statement, Garcetti said, “Despite several warnings, this house has turned into a nightclub in the hills, hosting large gatherings in flagrant violation of our public health orders. The City has now disconnected utilities at this home to stop these parties that endanger our community.” GO OFF.

Today I authorized the City to disconnect utility service at a house in the Hollywood Hills to stop the large parties held there in flagrant violation of our public health orders. Parties like these can quickly and easily spread the virus and put our communities at risk.

First of all, I can’t imagine anything that sounds worse than turning my home into a “nightclub in the hills.” I’m sure Bryce has plenty of people to clean his house for him, but even without COVID concerns, I could only handle hosting like, one medium-sized party a year. Who has the energy?? But obviously, the actual issue here is that we are still in the middle of a massive pandemic, so no one should be hosting large gatherings of any kind. Clearly, Bryce Hall and these other TikTok idiots don’t actually care about public health, or following any kind of rules, but maybe cutting off their AC in the middle of August will finally get them to cut the bullsh*t.

According to the Los Angeles Times, the LAPD issued citations at more than a dozen homes last weekend for “noisy gatherings,” and were considering cutting off utilities at three different addresses. It’s unclear what happened with the other two, and we also don’t know how long the City plans on keeping Bryce Hall’s utilities off. Hall hasn’t directly addressed the situation on social media, but this cryptic tweet from Wednesday evening seems like it’s probably related.

suddenly the turns have tabled

Seems like he’s taking it seriously. Honestly, Mayor Garcetti shouldn’t turn his utilities back on until he posts an official apology, along with proof of a substantial donation to an organization dedicated to fighting this pandemic. The apology probably wouldn’t actually mean anything, but at least he’d be forced to open his wallet.

This idea might sound crazy, but hear me out. For the rest of 2020, can everyone please just f*cking stop having parties?? Influencers, I’m looking at you. Rich old people in the Hamptons, I’m looking at you. College kids being forced to return to campus despite safety plans that are questionable at best? I’m looking at you! No one group is to blame for the current COVID situation, but we can all do our part and not go to parties (that probably aren’t even that fun anyway). Is that too much to ask?