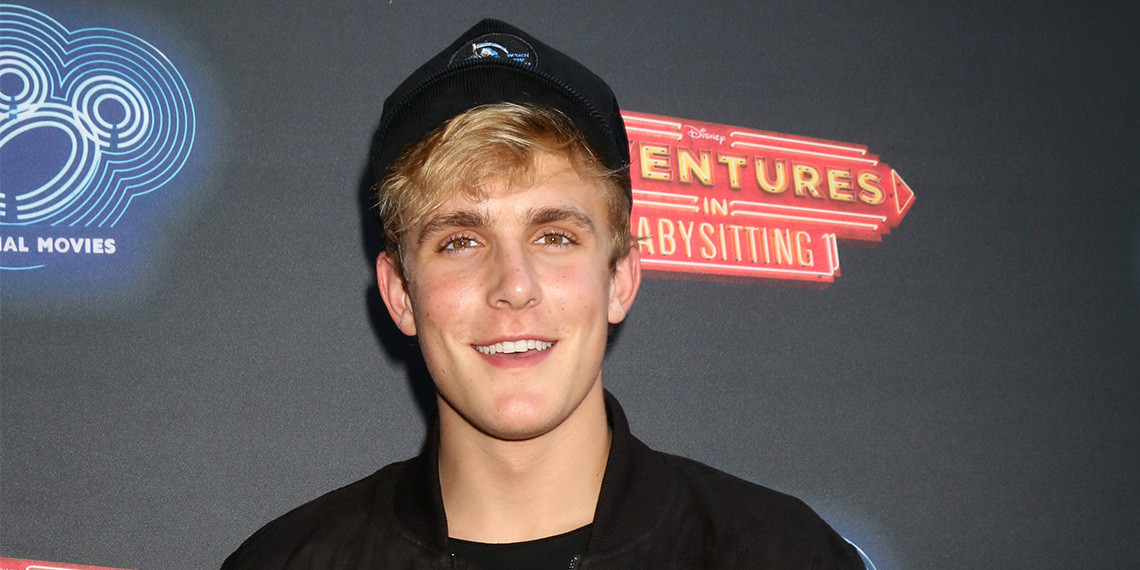 Why TF Did The FBI Raid Jake Paul’s House?

It’s nothing new for YouTubers to be problematic, but not all influencer drama is created equal. James Charles and Tati’s public meltdown was entertaining to watch, but some of these people are legitimate menaces to society. Case in point: Jake Paul. On Wednesday morning, TMZ reported that the FBI was executing a search warrant at Jake Paul’s home in Calabasas. Now, honestly it’s not that shocking that something shady might be going down at Jake Paul’s—last month, he threw a massive house party that was condemned by the mayor. But an FBI raid? That sounded intense, and soon TMZ was updating the story with pictures of armored trucks and officers in full SWAT team gear around the property. So WTF was the FBI looking for at Jake’s house?

My first guess was that he had like, an illegal Komodo dragon or some sh*t, and then my more realistic guess was drugs. But it turns out the answer was the answer was even more alarming: guns! The FBI apparently seized a “cache of firearms” from the property, and grainy photos appear to show officers leaving the house with several guns in hand. Jake’s attorney told TMZ that he was “traveling out-of-state” at the time of the raid (traveling again during a pandemic, smh), so it’s unclear whether the FBI was trying to arrest him yesterday.

This current FBI ensnarement comes just a couple months after Jake Paul was arrested and charged with trespassing and unlawful assembly in Scottsdale, Arizona. As you may recall, Jake broke into a closed mall that was being looted during protests in the wake of George Floyd’s murder, just so he could get content. While those charges were just misdemeanors, it appears the investigation is far from over, because Wednesday’s FBI raid was directly connected to the incident in Scottsdale.

Later on Wednesday, the FBI told TMZ, “The FBI is investigating allegations of criminal acts surrounding the incident at Scottsdale Fashion Square in May, 2020.” I’m not sure why the FBI is making statements to TMZ, but I’m glad to have this information. In addition to the raid on Jake Paul’s house on Wednesday, the FBI also searched the Las Vegas home of Armani Izadi, a friend of Jake’s who was arrested with him in Scottsdale. At Izadi’s, multiple people were brought out of the house in handcuffs, but Izadi and Jake Paul weren’t seen.

So uhh… what the f*ck is going on here? When Jake Paul got arrested back in June, it seemed pretty obvious what happened. He’s a dumb-ass clout chaser, and he broke into a mall to try and get views while people were risking their lives to protest police brutality and systemic racism. But if the new FBI action is really tied to this incident, there may be a lot more than meets the eye. It’s easy to troll Jake Paul for his online antics or his publicity stunt marriage to Tana Mongeau, but there’s some genuine darkness going on here, and I can’t wait for the HBO true crime doc on this in 2-4 years.

Jake Paul might be the face of problematic prank dudes on YouTube, but he’s far from the only one. Also on Wednesday, TikTok and YouTube prank stars (and identical twins) Alan and Alex Stokes were both indicted on charges stemming from a “fake bank robbery” that took place last fall. Dressed in all black and ski masks, the twins (and their videographer) pretended to hold up a bank, and then called an Uber as their “getaway car”. When the Uber driver refused to pick them up, a bystander thought they were hijacking the car, and called the police. They weren’t arrested at the time, and repeated the prank four hours later in a different part of town. While announcing the charges this week, Orange County District Attorney Todd Spitzer called the incident a “twisted attempt to gain more popularity on the internet”, and noted that people could have easily been seriously injured or killed.

Can we all just agree that elaborate “pranks” like this aren’t funny? I know these people have millions of followers, but I just don’t get it. The Stokes brothers could face four years in prison if they are convicted, but as for Jake Paul, who knows how this is going to go down. For now, he’s still only been charged with the two misdemeanors in Scottsdale, but with the FBI seizing guns from his house, his legal problems may only be just beginning.