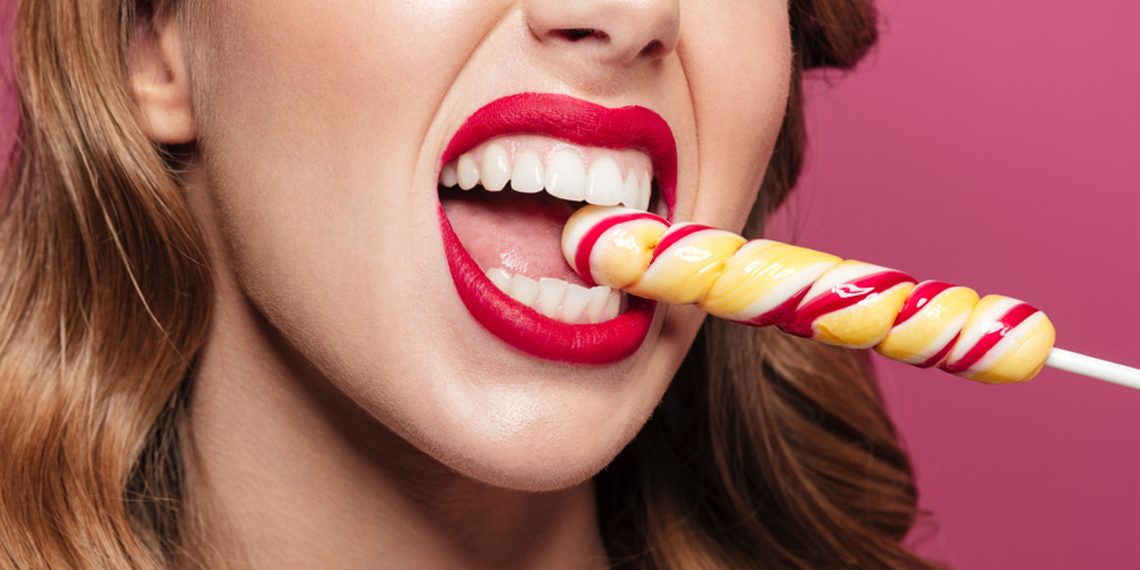 It’s been a while since we talked about blow jobs, so I thought it was high time I resurface to drop some more oral knowledge on everybody. I already went through blow job tips, and now it’s time to discuss the other end of the  spectrum: blow job mistakes you’re probably making that could be the reason he’s not texting you back. For those of you questioning my credibility in this field, first of all, I already imparted wisdom on how to give a good blow job without any weird tricks (*glares at Cosmo with their “put a donut around his dick and eat it” nonsense*). More importantly, though, I asked my guy friend for his input on blow job mistakes women (and/or people who give blow jobs) make, and this is the one area that I will concede a guy is probably more qualified to speak on.

1. Not Using Your Tongue

If you are just going up and down like a vacuum, you’re doing it wrong. Just as kissing without your tongue is extremely boring and oddly chaste, so is keeping your tongue in one spot for the entire duration of a blow job. Ideally, as your mouth goes up and down his shaft, your tongue should be doing the same thing. But I don’t mean like, you should just rest your tongue there while your mouth moves—you need to move it around. I already talked about running your tongue up and down the frenulum, and I’ll say it again because it’s important. It’s on the underside of the penis and it’s super sensitive and if you stroke it with your tongue, he will lose his mind.

Not surprising that a common hand job mistake is often a blow job mistake too. Look, I know that balls are weird and, minus the whole “making testosterone and sperm” thing, seem kind of pointless. Like they’re just… there? But actually no, you shouldn’t treat the balls like that annoying coworker who says “Happy Humpday” and act like they don’t exist. If you really want to go from giving the blow job equivalent of cold pizza to serving up kobe beef BJs (IDK, just go with me on the food analogy here), you’re going to need to touch the balls. Play with them with your hands (gently), put them in your mouth (one at a time so you don’t choke), just do something.

3. Not Getting It Wet Enough

If I had to guess, I’d say this problem stems from wanting to be sanitary, but like, you’re just going to have to get over it. Like all sex, the messier and grosser a blow job is, the better it is. These are just the facts of life. And, I mean, think about how ridiculous it is: you’re already putting a dick in your mouth, but you’re going to draw the line at getting your own saliva all over you? It doesn’t really make any sense. Just using your tongue with reckless abandon isn’t enough. You need to get the dick wet. Spit on it. Gag on it a little so you’re forced to produce more saliva (this has the added bonus of making the guy think he’s swinging a third leg even if his dick is the size of a pig in a blanket). Spit on your hand and then use your hand for a bit. Are you basically imploding in on yourself out of discomfort? Too bad. But also, low-key same.

4. Not Keeping A Consistent Rhythm

The rest of the list items come courtesy of my friend Avery, a certified male. When I asked him, “What are the biggest mistakes women make when giving blow jobs?” His first answer was “Not keeping a consistent rhythm.” When I asked why (because wouldn’t you want to switch things up a little so nobody gets bored and I don’t asphyxiate?) he said that you don’t want to be constantly changing things up if you actually want the guy to finish. Like, if a guy was going down on you, would you want him changing his technique every 10 seconds? No. By all means, change things up when you get bored or your jaw starts to hurt, but don’t switch techniques like an overzealous DJ at a bar switching songs.

From the mouth of that same friend: “It’s not a stress ball, damn.” That’s really all I have to say about that.

This really goes for anyone, and for any sex act. First up: You should not be doing something you do not want to and/or are not comfortable doing. End of discussion. But, as amazing as your BJ skills may be, you should not walk around like you’re the Queen of England for deigning to put genitals in your mouth. (What a low bar for us as a society that would be.) I mean, how annoying would it be if every time a guy went down on you, he basically guilted you into doing something in return for him? Oh, what’s that? Guys already do that when they buy you a drink, take you out, or cat-call you on the street? Right, but like, how much do we hate when they do that? Exactly. Do it because you want to, and because you forgot to buy him a birthday present, but don’t do it in order to force him to shower you with endless praise and thanks.
Images: Shutterstock; Giphy (3)