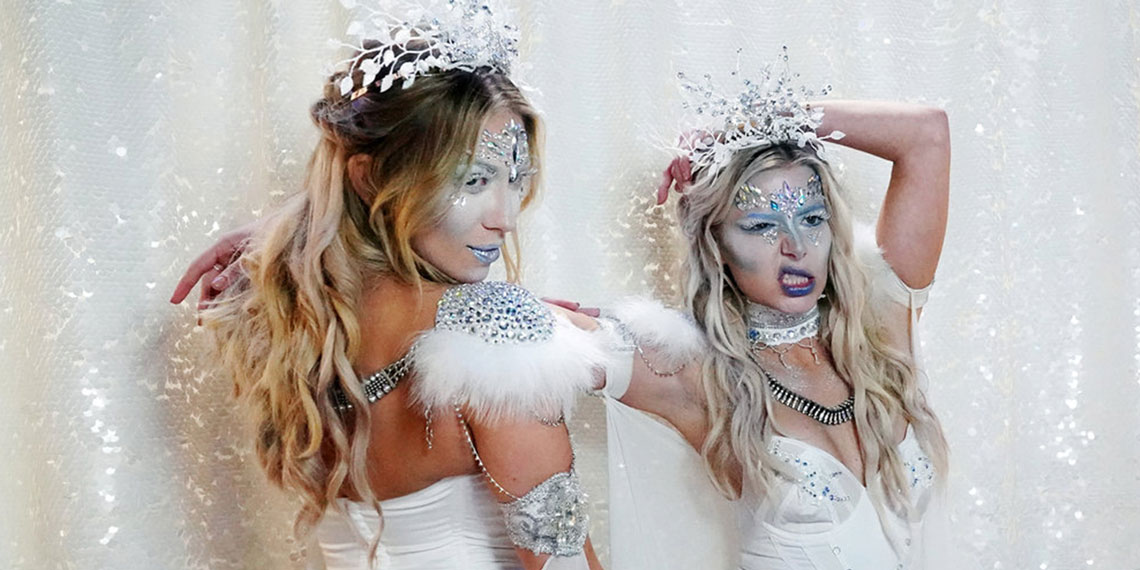 For avid fans of Vanderpump Rules (hi), there have been few greater joys than watching the burgeoning friendship between Stassi Schroeder and Ariana Madix. They are, as Lisa Vanderpump once pointed out, two queen bees—two beautiful, sassy, blonde queen bees with devoted boyfriends and killer style. It wasn’t always so easy to see what they had in common: in the early VPR years, Stassi was on full-time duty wrangling the Witches of WeHo, while Ariana was just trying to get through her new bartending gig without being shanked by Kristen. But as time went on, Stassi and Ariana have revealed their true colors as boss bitches who take no sh*t and look out for their own. IMO, these two are winning VPR right now—in honor of these two queens’ birthdays (happy birthday Stassi and Ariana!), here’s why.

Their Boyfriends Are Obsessed With Them

Obviously, Beau Clark stole everyone’s heart this year, and doubly so if you follow him on Instagram. Yes, Beau is handsome, funny, and fits right in with the VPR gang. But the most adorable thing about him is how blatantly obsessed he is with Stassi. He shares #OOTD pics, makes her elaborate, Stassiage-based breakfasts, and FaceTimes her what her dogs are up to when she’s away. I’d say he’s following the perfect boyfriend handbook to a tee, but honestly he’s pulling moves I hadn’t even thought of. This guy is straight-up reinventing the game.

Family is important to me

Then there’s Sandoval and Ariana: a relationship you might be tempted to overlook just because it’s been so solid for so long. But this year, Sandoval honestly impressed me with how he stepped up for Ariana. These two have always been head over heels in love with each other—now, they’re learning how to face challenges as a team. In this season’s reunion, the issue of Ariana getting married and having kids came up once again (*massive eye roll*). Sandoval shut that line of questioning down, and wasted no time pointing out what bullsh*t it is that Ariana is consistently asked about it. Sandoval didn’t take the opportunity to espouse his personal views about marriage, but instead stood up for his partner and solidified their stance as a couple. It was exactly what we need from men in 2019, and let’s just say I’m proud of Ariana for getting him there.

I’ll keep this brief—I’m not trying to depress anyone, including myself. In the last year, Stassi published a book, Next Level Basic, that became a New York Times bestseller. Ariana is launching a skincare line, Facelixir, and just bought a house with her bar-owning boyfriend Sandoval—so it’s safe to say this power couple did well for themselves this year. I won’t completely suggest that Sandoval’s success with TomTom is due to Ariana’s influence, but let’s give at least a little credit where it’s due. Ariana has helped transform Sandoval from an over-eager cocktail aficionado into a hardworking business partner—and she’s even willing to stand up to Lisa Vanderpump to protect his reputation. If Ariana doesn’t get a cut of TomTom already, maybe she should.

Make up Free Meetings with this Boss Babe! @ariana252525 ❤️ So excited to finally launch @facelixir ? We’ve had so many bumps in the road that we’ve overcome! We are in the Home Stretch! I’m so proud of you!! ?#face #girlpower #hitea #hollywood #tea #gogreen #organic #crueltyfree #beauty #pretty #healthy #women #makeupfree #bossbabe #skincare

Earlier this year, Ariana opened up about a skin cancer scare. She had her lymph nodes biopsied, and a melanoma removed from her chest. Thankfully, she’s all clear now, but she took the opportunity to spread awareness of how important it is to advocate for yourself with your doctors and to stay vigilant about your own health. Ariana has always been open about her personal struggles when she feels it can benefit the public, including season 6’s frank discussion of sexual discomfort and learning to love her body. The way Ariana handled this year’s health scare proves that she’s stronger and more determined than ever to fight for what she cares about.

Stassi, on the other hand, has never been one to open up too deeply about why she’s feeling the way she is—until her struggles with Beau changed all that. Suddenly faced with the possibility of losing Beau over mood swings and a temper she’s struggled to control her whole life, Stassi leapt into action. By the reunion, Stassi was a much more self-aware, honest version of herself, having clearly gone through some deep reflection and hard work to undo destructive patterns and get to the root of her insecurities. It’s the kind of emotional deep dive everyone needs to do at some point in their lives, and it was such a sign of growth for Stassi that she not only took those steps, but also shared that journey with the VPR audience. Somehow, I can’t see “I am the devil and don’t you forget it” Stassi of season 1 doing the same.

This just about sums it up right here. Nastariana Birthday TONIGHT on #pumprules… I dedicate this post to Beau, who had to deal with my annual birthday terrorist meltdown. Ugh. I’m so embarrassed. ?‍♀️?‍♀️?‍♀️

All in all, these ladies have stepped up personally, professionally, and romantically—and their futures honestly couldn’t look brighter. Happy birthday Nastariana! Looking forward to at least another seven years of watching you grace my TV.