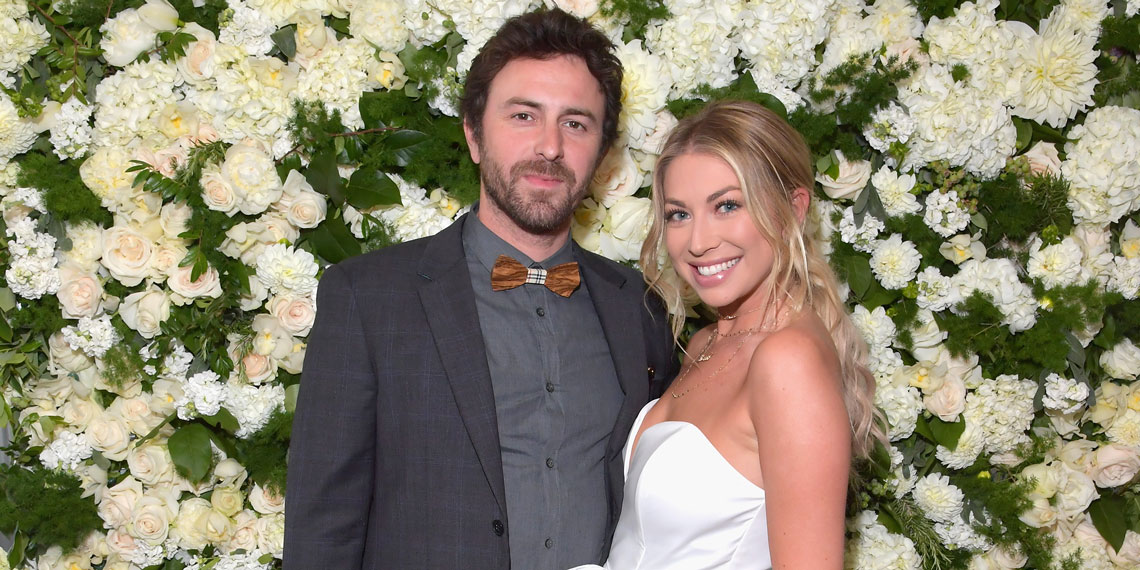 Season 7 of Vanderpump Rules airs Monday at 9pm, an event I’ve been anticipating with a fervor my boyfriend some have described as “chilling.” I can’t help it. As a latecomer to the series, this was the first season I could spy on via the cast’s Instagram. As such, there a lot of drama that I’m excited for. Brittany and Lala’s engagements, the launch of Kristen’s T-shirt line, and the 20-30 meltdowns I anticipate Ariana having over her still-unreleased cocktail book, to name a few. But most of all, I’m excited to watch Stassi Schroeder with her new boyfriend, Beau Clark. I’ve been stalking the living sh*t out of their relationship, and they are goals in every sense of the word. So you don’t go into season 7 totally uninformed, I’ve compiled a list of what we know about Beau Clark. Let’s dig in.

In a February episode of Straight Up with Stassi, Stassi revealed that she and Beau began dating in August 2017. They were introduced by Katie and Kristen, an opening that seems dicey until you realize the still-married Katie and Schwartz were introduced by Kristen too. Hey, maybe she has a career as a matchmaker if the T-shirt line doesn’t take off. As a reminder, Stassi’s breakup with professional sh*thead Patrick Meagher was also right around that time.

Broken up with on our anniversary after I planned a trip for us to Mexico. Call me Carrie Bradshaw. @rachaelnobrien you're coming w me now.

Don’t we all miss Patrick, guys??? JK, and I’m psyched that Beau apparently made an appearance no more than two weeks later. As a little background on Beau himself: he works in commercial casting, lives in LA, and loves the Rams (it’s a football team, I had to look it up), country music, and dogs. Here is his Instagram. On the podcast, Beau says he was reluctant to meet Stassi at first after looking through her Instagram. The bleach blonde, Botox, bottle service look was apparently not for him—but on their first meeting, they “closed down the Mondrian talking.” He’d never “laughed as hard ever with anybody,” and all around it sounds like a fairytale first date.

Flash forward six or so months and Stassi, understandably reluctant to put another relationship in the public eye, goes IG official with Beau. She posted a series of stories documenting the Valentine’s Day he set up for her. As proof that the man knows who he’s dating and how to make her happy, decorations included “dead people gloves,” handcuffs, creepy clown posters, and plenty of images of hearts being stabbed with knives. Plus, a special Valentine’s edition of their couple’s OOTD. Anyone else’s Valentine’s Day suddenly feeling totally lame in comparison? Yeah, same.

Since then, it seems like it’s been pretty smooth sailing for the couple. At the Vanderpump Dogs Gala this past week, Stassi and Beau gushed about how happy they were, admitting that marriage is “on their minds.” While Beau had some initial reluctance to appearing on-screen for season 7 (he’d never seen VPR before he and Stassi started dating), it seems like filming went well. Notably, Beau has bonded hard with the whole Vanderpump crew, so much so that Stassi insisted they were no longer “ best friends.” “Now, they’re our best friends,” she shamelessly brags. If that isn’t the f*cking dream (never putting up with any of your boyfriend’s friends again because you both mutually agree on the 4-6 most fun people to hang out with), I don’t know what is.

Why weren’t the cameras here? #framily

While I can’t find any solid proof they live together, I’d largely assumed they do from her Instagram. It’s pretty much a 24/7 reel of them eating Taco Bell, lounging on the couch with their two dogs, pulling elaborate pranks on each other and filming it, or getting ready for double dates with their friends. (Most often, actually, Brittany and Jax, which I find surprising.) Though I think the two dogs belong to Stassi, Beau appears to be a dedicated dog dad. And Stassi, for her part, now has plenty of personalized Rams gear and accompanies him to games. Seems like one of them is making the bigger sacrifice there, but he also basically became a Bravo star for her so it’s fine.

Here’s the Rams gear I mentioned:

And here’s a peek at their freakin’ cute home life:

In addition to living a disgustingly adorable life at home, the couple has taken a few extremely sick European vacations. Here they are in Berlin and Paris this November:

Shout out to Tom Hanks #thedavincicode

Here they are being disgustingly cute in Italy in May:

And while these trips are enviable in their own right, they also seem to be an opportunity to hang out with Beau’s sister, Georgia, who—from what I can tell—lives there. The couple has annoyingly only documented their hangouts on their stories (and her IG account is private), but from what I saw, Stassi fit right in with the fam. Also, they’ve been a fabulous opportunity for Beau to up his Instagram-boyfriend game:

BRB, forwarding this link to my boyfriend with the caption “take notes.”

Ultimately, watching Beau and Stassi’s relationship on social media has been an absolute joy. They seem to share each other’s sense of humor, even while his laidback demeanor provides a slight contrast to the high-strung sh*t-stirring side of Stassi we all know and love. I’m no Us Weekly body language decoder, but they’re positively radiating joy in every photo together. Plus, over the course of their relationship, Stassi has invented a holiday, come out with a Witches of WeHo Pinot Grigio, written a book, and risen to 1.4 million followers on Instagram. Not only are they (seemingly) gloriously happy, they’re pushing each other to be the best versions of themselves. So, so happy for you Stassi—and can’t wait to see this all unfold, starting MONDAY!!!