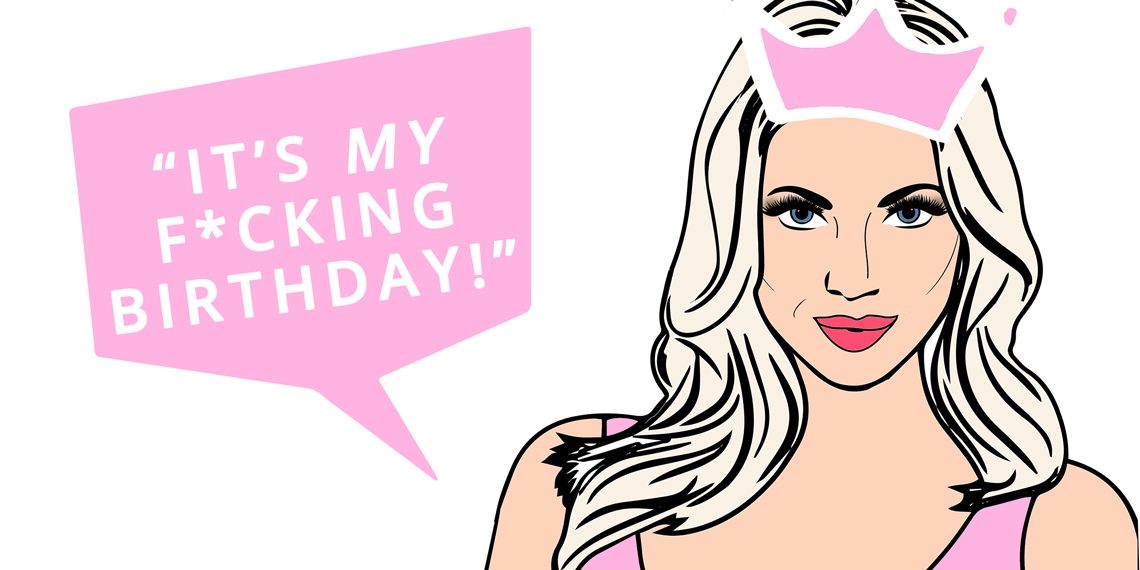 Who Had A Worse Birthday: Stassi Or Ariana? A Timeline

This article required a lot of deep-diving into old Vanderpump Rules (ya welcome). So before I get into the issue at hand, I need to vent a few things. Wow, it’s weird seeing Kristen and Tom together. Katie, how did you ever justify that hair? And present-day Jax looks like someone who ate season 1 Jax. I am shooketh. What a journey it’s been. On the topic of aging, it’s the most contentious happiest time of the year! Sunday, June 24, is the birthday of both Ariana and Stassi. Historically, this is when they evenly divide their mutual acquaintances and compete over who can throw a better party. In honor of these two fab ladies, let’s take a look at who did it better over the years. Happy birthday, and try to play nice this year!

Tricks, no significant Ariana yet. Seasons 1-2, she’s not yet (openly) with Sandoval, so we’re not allowed to fully care about her. Or see her birthday parties. And season 3 has no Stassi. For a quick recap of Stassi’s birthdays: season 1 is Vegas with horrible ex-boyfriends Jax and Frank; season 2 is Cabo and everyone hates Scheana. Also, the description of Stassi as Malibu Barbie in these seasons is hauntingly accurate. Moving on!

Still no Stassi (sad), but Ariana does a great job stepping in as the resident birthday bitch. Weirdly, Peter decides to be her competition on this and throws a guys-only trip to Vegas. For, as Ariana puts it, “the day after fucking birthday.” Obviously, this launches an all-out war between the men and women of SUR. Katie tries and fails to assert any control over Schwartz, yet again. Ariana gets deep and talks about the loss of her father, but Sandoval’s brain is chanting “bulldozers” too loud for him to give a shit. In a move that ultimately surprises no one, every single guy who is invited goes, even as their girlfriends beg them otherwise. The girls stay home and make out with each other. The win goes to first-time player Peter, who as punishment is never allowed to celebrate his birthday on camera again.

This year is more of a contest of who’s having a worse time. Stassi takes Katie, Kristen, and Scheana to Montauk so that Bravo can kick off Summer House. Kyle does a bad job hitting on Stassi and Stassi does an even worse job handling it. Scheana and Kristen bitch about not liking seafood. Katie takes too many shots and no one wants to deal with it. The house is nice and all, but ultimately they’re getting drunk in a kitchen with East Coasters they don’t know.

Ariana, on the other hand, has a NASCAR birthday weekend in Sonoma. For the producers’ enjoyment reasons unknown, this involves packing Jax, Brittany, Sandoval, Schwartz, and Ariana into an RV. Jax bullies the shit out of Brittany, Ariana teaches Brittany what “misogynistic” means. Someone clogs the toilet. It is, quite literally, a shitty time. Which birthday party is better depends on what’s important to you: not being bored to death, or having access to a real shower. I know my preference.

Finally, we get to Season 6. As I’m sure you all remember, Ariana throws a Kings and Queens themed birthday party. Stassi also throws a party, and the theme is murder. Ariana’s birthday is great opportunity to mix lingerie with fur. Stassi’s is an opportunity to let Katie paint your face and watch her take ass shots. Stassi’s freaking out because she’s hopped up on tequila and Adderall and invited her shithead of a boyfriend Patrick. She leaves Katie and Kristen with a bill for over a thousand dollars, which they do not take well. Ariana’s party involves fewer breakdowns, but a lot more of Scheana’s exposed skin. Again, it’s a pick your poison situation.

All told, I’d have to say Ariana’s parties are better if you’re into elaborate themes and dressing up. The one year Stassi tried to do that was…weird. But historically, Stassi nails the whole luxury trip/drunk by the pool type of birthday, which is my personal preference. It’s a shame that most of them came with a side of Stassi screaming incoherently, but you win some, you lose some. Happy birthday again to Ariana and Stassi, and can’t wait to see what they dream up next.