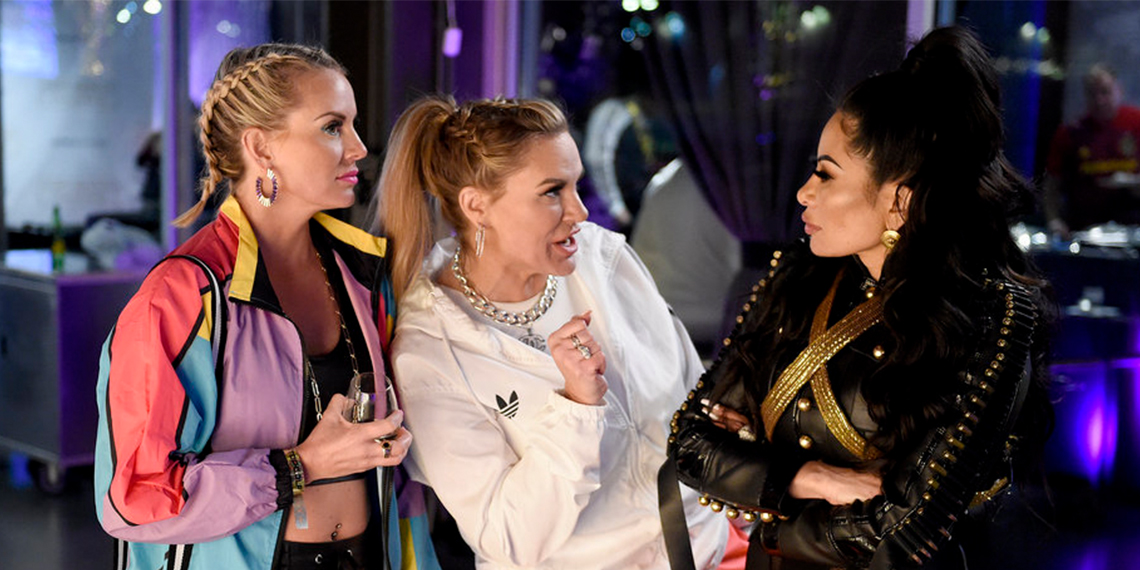 Why Salt Lake City Is The Future Of ‘Real Housewives’

In a television landscape where most shows never make it to a second season, the success of the Real Housewives franchise is nothing short of remarkable. What began 15 years ago as a sort of half-baked ploy to capitalize on the popularity of ABC’s Desperate Housewives has ballooned into a sprawling TV empire complete with thousands of episodes, numerous spin-offs, and more than a dozen international franchises. The women who have starred on the shows have used them as launchpads for countless business ventures ranging from tequila and shoes to pink dog food and a very elusive toaster oven.

But while the Housewives franchise is an undeniable, genre-defining success, it’s hard not to wonder what the future will look like. With its five longstanding flagship properties—Orange County, New York City, Atlanta, New Jersey, and Beverly Hills—all past the 10-season mark, each facing varying degrees of growing pains in recent years, it’s become an unavoidable line of questioning: what’s next? Where do we go from here? Are we nearing the end of Real Housewives?

In a word, no, I don’t think so. Despite RHOC’s much-maligned recent 15th season, and a slew of major cast departures in the last two years, these shows are still generally consistent performers in the ratings, and the brand identity they’ve helped to build for Bravo is arguably even more valuable than actual viewer numbers. But there’s another key reason I see Housewives continuing to thrive when I look into my crystal ball for the new decade: Salt Lake City.

When Andy Cohen first revealed the location of the newest Real Housewives installment at 2019’s BravoCon, the reaction was one of excitement tinged with confusion. To many people, the idea of Utah was synonymous with modesty and sobriety—two concepts that seemed fundamentally at odds with the time-honored Housewives traditions of getting drunk and starting fights. But from the moment the first teasers for The Real Housewives of Salt Lake City arrived last fall, we knew our fears were unwarranted. The women of RHOSLC—most of whom are not members of the LDS church—have no problem getting drunk and starting fights, and their 13-episode first season has been not only a rollercoaster of drama and shifting group dynamics, but a template for what housewives can be.

On any reality show, casting is key, and I could talk about the RHOSLC cast for days. First, and most importantly, these women actually know each other. Heather Gay and Whitney Rose are cousins. Heather and Lisa Barlow went to college together (though Lisa may not remember). Lisa and Meredith Marks go way back, with the throwback photos to prove it. The perfect Housewives cast shouldn’t be six best friends (we need drama, duh), but we can at least believe that this group of women might be at the same party, whether cameras showed up or not. We’ve seen plenty of drama onscreen, but there’s always the feeling that something deeper is simmering under the surface—is Jen Shah really that upset about Mary’s “hospital smell” comment, or is it a metaphor for something they don’t even want on camera? This tension raises the stakes for everyone involved, including the viewers.

Besides seeking out complex interpersonal dynamics, another key element of casting is diversity, and not just in the box-ticking, “I guess it’s time” way that we’ve seen in recent seasons on other reality shows. RHOSLC is one of the most well-rounded, truly diverse casts we’ve seen on Bravo, with a variety of racial, cultural, and religious backgrounds represented. With Salt Lake City’s deep ties to Mormonism, the religious aspect is especially interesting. Religion has rarely been a major topic on Real Housewives, but with current Mormons, ex-Mormons, a Jew, a Muslim, and a Pentecostal First Lady in the cast, the RHOSLC producers have done an excellent job of exploring these dynamics, without derailing what we already love about these shows.

Whether or not you feel RHOSLC’s first season lived up to the considerable hype, there’s no denying that its success, and that of 2016’s The Real Housewives of Potomac, has opened up a new world of possibilities in the Real Housewives universe. It makes sense that big cities were the early focus, but these mid-size cities and suburban locales have just as much money and personality, with the added opportunity to bring the viewers something new. In the past year, Bravo has aired seven different shows centered in greater Los Angeles, but Salt Lake City is one of a kind, and that mountain air is FRESH.

Rumors abound that Bravo plans to revive its long-dormant Miami Housewives franchise this year, but beyond that, it feels like there are more choices than ever for where the empire could go next. As a St. Louis native, I’ve always seen the potential in my hometown, with its historic roots and a major old money vs. new money divide. Popular ideas online include Boston, Las Vegas, and Nashville, but RHOSLC has shown us that there can be diamonds (or snowflakes, rather) in the rough where you least expect them.

Andy Cohen, the godfather of the Real Housewives empire, was quick to deem RHOSLC a hit, and on the heels of its season finale, it was officially renewed for a second season. With a three-part reunion—a rarity for a first-season show—beginning this week, it’s clear that Bravo sees the value in the mountains of Utah, and hopefully this success story will fuel creativity and originality within the Real Housewives franchise in years to come.

Milly Tamarez, comedian and co-host of the Betches Sup, returns to the show for a discussion about what makes a great Housewife. They talk about their excitement for the new season of Miami, and which women have try-hard energy. Later, Milly shares her feelings about the upcoming RHONY reboot, and w...