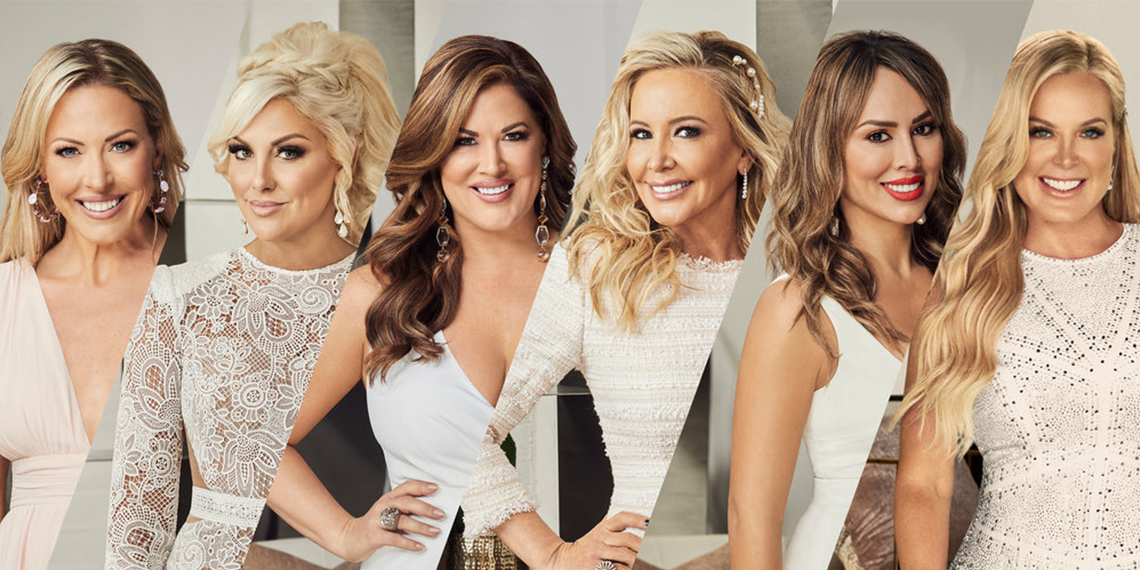 Everything That’s Wrong With ‘RHOC’ This Season

At its peak, The Real Housewives of Orange County was a staple amongst Bravo fans. You had everything you could ask for in a Real Housewives franchise: real-life drama, lavish lifestyles, cancer scams, and a great group dynamic. However, this season is anything but great, and has been called the worst season in the show’s 15-year run. While COVID has put a strain on the production of many shows, anyone with Bravo access can see that COVID is not the reason this show has been on a downward spiral. With this season receiving negative reviews due to its controversial casting choices, cast members’ behavior on social media, and the lack of authenticity within the cast, Bravo fans are wondering what went wrong, and if the show can ever bounce back.

Let’s just get this out of the way. Kelly Dodd is arguably one of the most controversial Housewives to date. This season, however, it was her social media behavior, rather than her on-camera antics, that landed her in hot water. Dodd has made numerous controversial choices in the past year, from calling COVID “God’s way of thinning out the herd”, to spreading misinformation about the virus, to even wearing a “Drunk Wives Matter” hat at her bridal shower. Some viewers have been so disgusted by her behavior that they boycotted the show this season.

Here’s the thing: this behavior is nothing new to Kelly. In 2016, before her first season on the show even aired, she proclaimed to TMZ (while drunk) that she does not like Black men. This statement alone should have gotten her fired a long time ago, yet Bravo decided to keep her on and it took years for her statement to resurface. Trust me, if I knew she said this years ago, I would’ve never watched the show while she was on it.

But let’s be real—a majority of people, including myself, liked Kelly on the show. She is incredibly blunt, has funny moments, and knows how to keep conversations going. She is good television. But when and where do we draw the line? Kelly thinks the reason for her downfall among some Bravo viewers is because they want to “censor” her, and that people refuse to separate politics from television. That’s not the case. If conservative politics were a dealbreaker when it comes to watching Real Housewives, the Orange County, Dallas, and New Jersey installments would be obsolete from our minds. See Kelly, we do not care about your politics, it’s your behavior and your continued bigotry that is turning people off from watching the show.

I mean, in a preview for the conclusion of the Season 15 reunion, Kelly rebuts the accusation that she is racist by proclaiming that she is Black. According to her 23andMe results, shared via Instagram, she is 2.3% African. Kelly, that does not make you Black, and even if you were 30% African, you have lived your life as white-passing—or at most, racially ambiguous—and you’ve benefited from that. Apologizing for your continuous derogatory behavior does not make up for the fact that you continue to use horrific and prejudiced rhetoric on an almost daily basis. God forbid, but if Bravo decides to keep Kelly on the show after everything she’s done, I do not want them hiring a Black woman or a woman of color for the sole purpose of “explaining” to Kelly what she has done wrong and how she can “fix it”. It is not the responsibility of Black women or women of color to save the images of controversial individuals. She needs to be held accountable for her behavior, whether that means firing her, a severe pay cut and demotion, or making her donate her entire salary to the marginalized communities that she continues to purposely offend.

Connections: You Need Them

Speaking of casting, one of the reasons why this season fell flat is because the cast lacks genuine connections with one another. The reason why we love The Real Housewives is because of the real friendships and bonds the women have with one another. This is a big reason why installments like Potomac, New York, and New Jersey have had successful multiple-season runs with barely any cast changes. When you throw a group of people together with nothing in common but the same zip code, you are setting yourself up for a sh*t show. This cast of ladies would probably never hang out with each other if there weren’t cameras around. Chemistry is what makes any television show amazing. It’s what made seasons 10-11 of RHOC amazing, and the lack of chemistry is what has made the show unbearable since season 12. With that being said, to bring this type of “organic” connection to RHOC, there has to be a major cast shake-up.

First of all, getting rid of Heather Dubrow was a BIG mistake. HUGE. She was rich, blunt, and had a genuine connection with the cast. Yes, she was a bit pompous and it was hard to watch her at times, but the show needs someone who is a little bit snobby. Someone who will get the group all the way together in an effortless fashion. Someone who has the over-the-top lifestyle that RHOC once represented. I also think it’s time to bring Tamra Judge back. Yes I know, Tamra was not always a fan favorite, but she knows how to keep the momentum going by stirring the pot, and she isn’t a bigot. Seriously, the bar is so low with the RHOC that ANYONE who is not a bigot would be a good casting choice for this show. Bring back these two and maybe throw in a newbie, and I think the show will finally be back on the right track.

Who Needs To Go

We need to make room for people that would actually contribute to the success of the show, and that means some of these ladies should get the axe. First, get rid of Emily. She seems to have a more dominating presence on social media, but this is not The Real Housewives of Twitter, so unfortunately her time is up. Also, her viewpoints at times align with Kelly’s, and to be honest, I do not need any more of that on my TV screen. At least Kelly is somewhat interesting. Emily is not. The jury is still out when it comes to newbie Elizabeth Vargas, as she seems to have an interesting relationship with the ladies, so maybe she should come back for one more season.

Braunwyn helped carry this season without a doubt. I’ll give her that. She talked about Gina’s home being too small, accused Elizabeth of consistently lying about her whole life, and her relationship with her husband Sean is… interesting. I do think that Braunwyn has a tendency to embellish and she can be hypocritical at times. The staged paparazzi shots and her allegedly offering drugs to Shannon’s teenage daughter aren’t helping her case, either. However, I don’t see Bravo getting rid of her anytime soon, mainly because she has the most interesting storyline out of all the ladies. So, the most I can ask of Braunwyn is to genuinely be herself and to stop giving us what she thinks will be “good reality TV”. Also, we NEED to hear more about how her kids and her husband Sean truly feel about this new stage in her life.

Obviously, with the Black Lives Matter movement reaching millions in 2020, the conversation about politics is bound to come up on some of these shows. Here’s the thing, as a Southern California native, I am painfully aware of how conservative Orange County, and Newport Beach in particular, can be. Yes, when we watch The Real Housewives, many of us are looking for an escape. We want to see wealthy women argue over frivolous things—it can be hilarious and, in some weird, sick way, therapeutic. We aren’t tuning in every week to see these women discuss politics. However, there is a clear line between what is political and what is about basic human rights. Trying to politicize human rights is a fault of your own. That is when watching RHOC can get a tad uncomfortable, mainly because some of the cast members, notably Kelly Dodd, have made these conversations political. When she does this, it comes off like she is in fact a bigot. We do not want to watch bigots on television.

Let me also make myself clear: just because I am a progressive leftist does not mean I align bigotry with everyone that has conservative values. It just so happens that a majority of the conservative cast members on this show tend to use egregious rhetoric in conversations surrounding social issues. I, without a doubt, commend Braunwyn, one of the only two liberal cast members on the show, for attempting to have a conversation about social injustices with the ladies, knowing that a majority of the cast is conservative. Whether her intention was genuine, to stir the pot, or even performative, having conversations about serious topics can be intimidating. However, it is not the responsibility of Braunwyn or any other woman (especially Black women and WOC) to explain racial injustice to these women. Bravo prides itself on being a network that is not only inclusive, but also a network that does not tolerate divisiveness. We saw this with the firings with some of the Vanderpump Rules cast members.  However, it seems to me that Bravo is picking and choosing who they feel meets this standard of discrimination. If they do decide to keep the cast as-is, especially Kelly Dodd, then there is no one else to blame but Bravo for the fall of what was once one of the most-watched installments across the Real Housewives franchise.