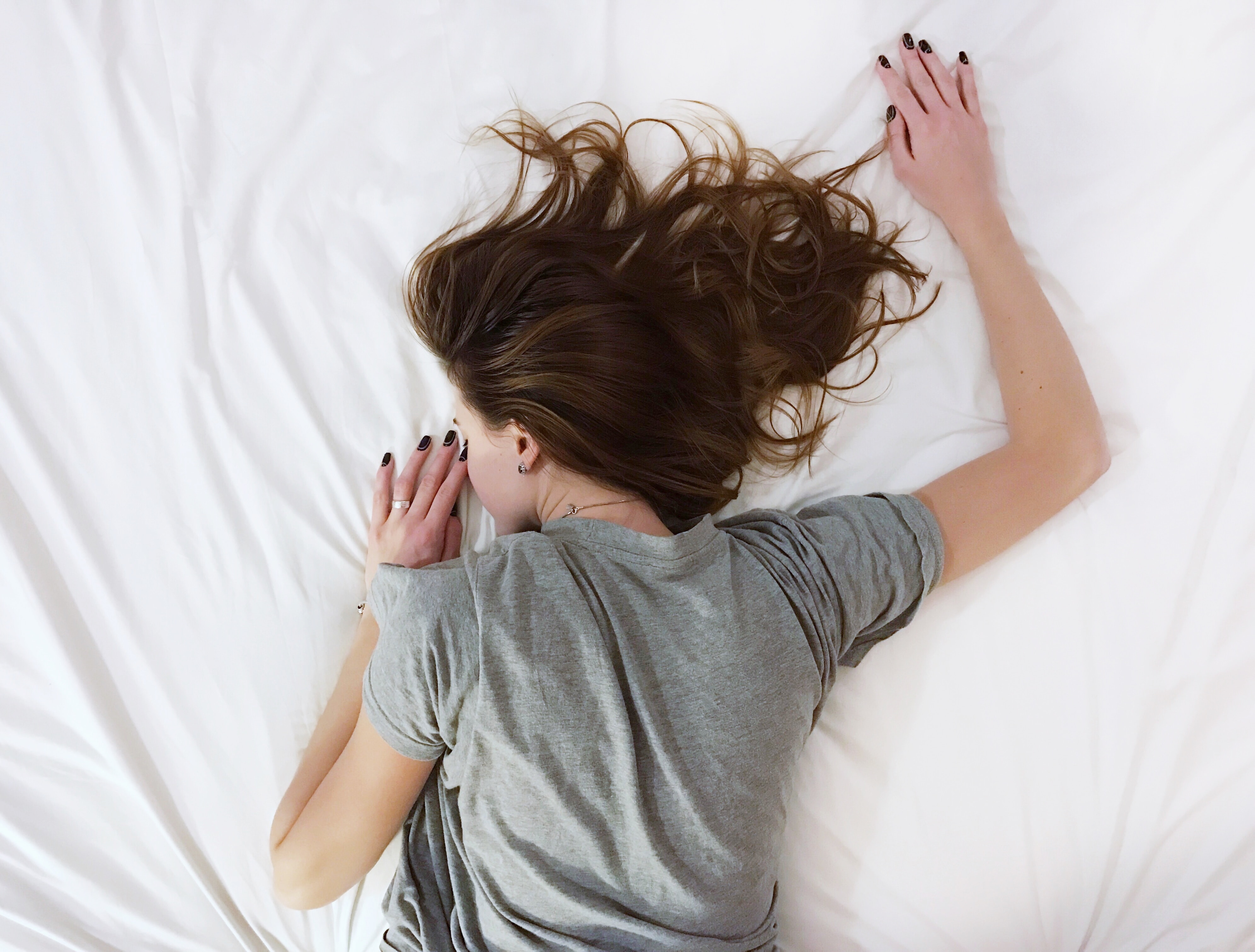 What I Learned From Going On A Sex Cleanse

Back when I suggested writing this story to my editor, I was in week three of a sex cleanse. I’ve never been a fan of cleanses because, even though they’re allegedly good for me, they always leave me feeling a little unsatisfied. Honestly, what inspired my sex cleanse is the gorgeous guy I’m seeing, who can be… difficult. Let’s just say he’s definitely given me a few reasons to walk away, but honestly, in my optimistic mind where the KY bottle is always half full, his pros outweigh his cons, which is why I always ended up back in bed with him. The problem? After the sex, like right after, I would be on cloud f*cking nine, but then the next day/week/month would come and we’d speak about as much as two neighbors on the subway do. In other words, we would not speak at all. It felt like I was back in seventh grade when my crush would ignore me…except now it felt a little worse because we aren’t 13 years old, and getting ignored by someone who was just inside you feels pretty sh*tty.

And why feel sh*tty when I could feel like Princess Margaret in the White House? If you don’t get that reference, watch The Crown, like, yesterday, but the important thing to know is that Princess Margaret lived her best life without the lure of multiple orgasms dragging her down, and I decided that’s what I needed to do. So per my sex cleanse, I would stay in and binge The Sopranos instead of venturing out into dangerous territory (aka the Upper East Side), where Monsieur Best-I’ve-Ever-Had lives. I also swore off other sources of both toxic and non-toxic d*ck.

Because I am a loyal member of Domino’s Piece of the Pie Rewards program, cleanses are obviously not really part of my lifestyle, so I was a little fuzzy on the rules, but two things I knew I needed were an expiration date and a goal. For the length of time my cleanse would last, I gave it a month, because I’m a #strongindependentwoman. And as for the goal, I wanted to prove to myself that I’m not as hooked on sex as my tall drink of water would have me believe. And to explain the science behind what I was doing, I asked author of Don’t Sleep with Him Yet clinical psychologist Dr. Nancy F. Lee, PhD to help me out.

I learned a lot from my cleanse and want to share those lessons. First and foremost, practicing willpower and just an ounce of self-control feels really good! Secondly, not doing something that feels really good for a second and really horrible for much longer (like, I don’t know, drugs?) is always a good thing. I mean, sex is cool, but have you ever made a bold decision and it ended up paying off?

“If you find yourself regretting and/or resenting sexual encounters, which both reflect confusion and can be considered detrimental to your emotional wellbeing, by all means, do an all-out sex cleanse,” Lee says. It’s my personal opinion that unless you’re Samantha Jones, it’s impossible to not get even slightly emotionally invested in someone you’re sleeping with—especially if it happens almost on the regular. I’m not saying all women f*ck a dude a once and spend the next day writing their wedding vows, but I have never slept with the same person a few times and not started liking him at least a little bit. That’s where I’m at: I’m sleeping with this person who is annoyingly amazing in bed and I like him. As Shakespeare would say, I’m in a pickle.

In my opinion, the benefits of a sex cleanse are many, but first, you feel at least slightly more in charge of yourself. For me, that’s really important since I usually feel very much at the whim of whoever I’m dating at the time—mostly because I hardly ever click with someone who’s into me, so when I do find myself finally crushing on someone, I can’t help but hold on a little. (By the way, I’m using the term “dating” generously here.) Even though my bed felt a little lonely over the last few weeks, it was nice knowing that I was actually happy about getting a good night’s sleep in lieu of pretending that I’m REM cycling through my bedroom door slamming shut and my entire bed shifting in place when he comes back from the bathroom at 4am. Lee says, “It’s worth doing an all-out sex cleanse until you develop insight and clarity regarding what it is you truly want.”

Most importantly, even if you’re really casual about sex and don’t limit yourself to only sleeping with people who call you their girlfriend (hi, hello), deciding you’re taking a break from something that stresses you out is never a bad thing. Even if you’re just along for the (literal) ride, sex isn’t like playing tennis in that once you’re done, you just carry on with your day and don’t think about it again. So taking a little timeout is perfectly fine and may even be good for you! Lee adds, “If, for whatever reason you and an partner simply want to take a ‘break’ from sleeping together for a while, there’s an exciting way to enjoy a whole new form of ‘sensually focused sex’ that is guaranteed to heat things up!” Like with my favorite vibrator.

Look, no cleanse is meant to last forever, so I ended mine when most people end theirs: when you need to put something of substance back in your body after a long enough time without it. Gross? Sorry, but it’s been a few weeks and all of these puns are just falling into my lap. In all seriousness, the point of a cleanse is to rid yourself (mind and/or body) of anything toxic that came its way, so when you feel like you’re back in a sound place, that’s the right time to end the cleanse. Everyone will go on different cleanses (except juice cleanses because those are a bunch of lies) for different reasons, but all of them will teach you some valuable lessons and that is the damn truth.

Sadly, before this article went to press, yours truly was in serious need of some Vitamin D and broke the cleanse with, you guessed it, the same guy who inspired me to embark on said cleanse in the first place! Ya hate to see it. Generally, when you break your word to yourself, you don’t feel great. If you can’t even rely on yourself to keep it together, who can you rely on? But honestly, I feel better than I did before I went on the cleanse because I am going into this clear-headed as opposed to d*ckmatized.

Even though I am clearly a weak bitch, I did learn a lot from my cleanse and would definitely recommend it to those stronger than myself.