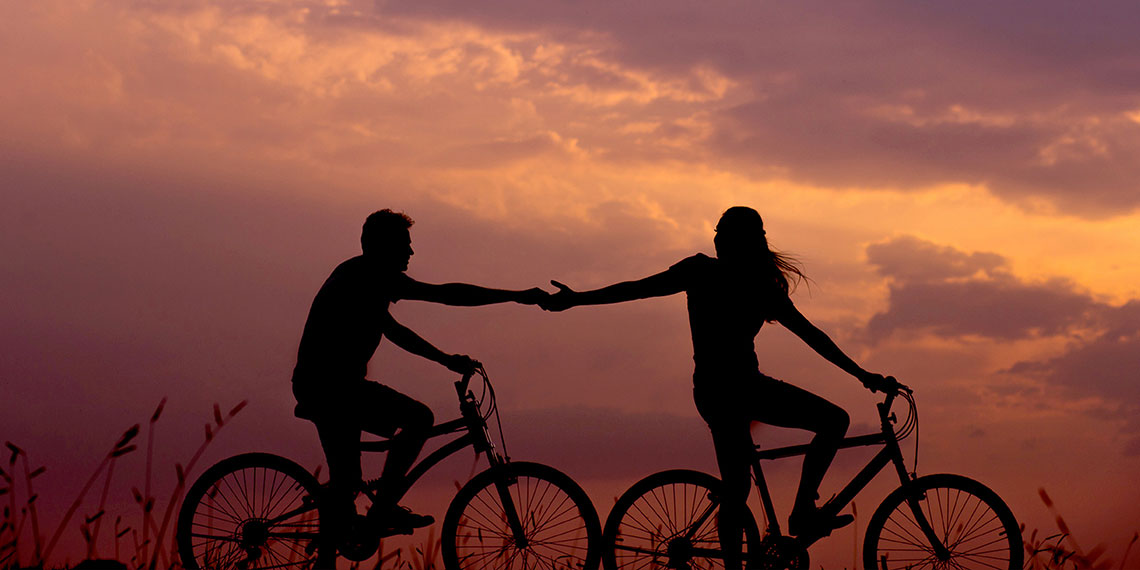 4 Signs It’s Time To Walk Away From A Relationship

At some point during every relationship that I’ve been in—whether it was a serious, long-term thing or a casual hookup—I’ve wondered when it’s time to throw in the towel. Even though nearly every guy I’ve dated hasn’t really followed the “treat others how you want to be treated” rule, I’ve always stayed because I was hopeful things would change. Instead, I get a hefty serving of B.S., and it always makes me wish I had ended whatever the hell this was much sooner.

As you may be able to guess from my very depressing yet relatable intro, I’m currently in a situation (can’t even call it a relationship) with someone who is giving me whiplash like never before. Long story short, he likes me a lot and wants to keep seeing me, but due to some lie he told me, he can’t commit. In hindsight, he obviously said all that crap so that he could keep hooking up with me without ever having to take me on a date or get anywhere below surface level. After realizing this, all I have to say is *Amy Dunne voice* no f*ckin’ way. So to all of the people in similarly absurd situations, here are four signs that it’s time to walk away so that you can stop letting these clowns mess with your head and heart.

One day he’s Noah Calhoun and the next he’s Cal from Titanic. Look, I don’t expect anyone to treat me like a queen every second of every day, but I do expect general decency at the very least. (You would think that would not be a lot to ask for…) If the person you’re dating is being really great sometimes and really horrible sometimes, f*ck them (not literally). There’s also this taboo that says we can’t call people/guys out for being complete asshats because it makes us look needy. Ummmmm no. If someone is treating you in such a way that makes you feel sad, angry, etc., say something. If you already have and nothing’s changed, send them a thank you for finally letting you know they’re trash so that you can find someone better.

I know it’s hard to just walk away, especially when you really like the person, but if someone is completely cool with treating you as if you don’t matter, that should be enough to convince you they ain’t worth sh*t.

Have you ever agreed that you’re exclusive, but then they’re still very much on dating apps? Omg, same! Contrary to how I may be making myself seem, I have actually never been the type to go through someone’s phone.  However, if he’s on his phone and I’m in the vicinity, I will 100% steal a glance when he thinks I’m not paying attention. If you do this too, you may have noticed they always have like, eight notifications on each app, right? If you’re a bad bitch, you’ve called them out and then they probably said something like, “Oh, it always says that I have a ton of notifications because I never check it.” Yeah, that’s probably a lie. He/she is definitely still checking and talking to other people. Sorry if I just burst your rose-colored bubble, but someone had to tell you, so just be glad it wasn’t his side piece.

I mean, this should be obvious, but I’ve fallen victim to this crap so many times that I feel like I need a therapist to tell me why I keep doing this to myself. Actually, I know why and I’m sure you do too, because you do the same thing. I’ll keep this example to men because that’s what I’m going through right now, but obviously the scenario isn’t gender-specific. Ok: A guy will tell you he can’t be in a relationship right now because but he likes you a lot and wants to keep hanging out. The problem is you don’t want to stop hanging out with this person, because you like it. So you begrudgingly say you’ll keep hanging out because you secretly hope that after a few months of getting to know you, they’ll change their mind and want to date you.

Yeah, that’s not going to happen. If someone straight-up says they doesn’t want to date you, believe them. If the statement goes something like this: “I like you, but” ignore everything after “but” because it doesn’t matter. There are also tons of people who do want to date you, so why try to convince someone who clearly has no taste?

4. They Act Like Everything Is Fine When It Isn’t

I absolutely, passionately hate when something is clearly wrong/different/up and he acts like everything is fine. Am I really expected to believe that everything is fine after a literal week of silence when we normally talk all day everyday? Sorry (not really) to all of the people who assume we are too stupid to notice this stuff, but you are stupid for thinking this is totally acceptable behavior. If they’re telling you that nothing is up as they completely change the way they treat you, they aren’t worth your time.

The important thing to remember is that you can’t control how someone will treat you, but you can control how you react to their nonsense. If you are getting bad vibes from a romantic interest, your best move is to talk to them about it, and if the talk goes nowhere, walk the f*ck away. Because the more time you waste with people who don’t want the same thing as you, the longer you delay finding someone who does.