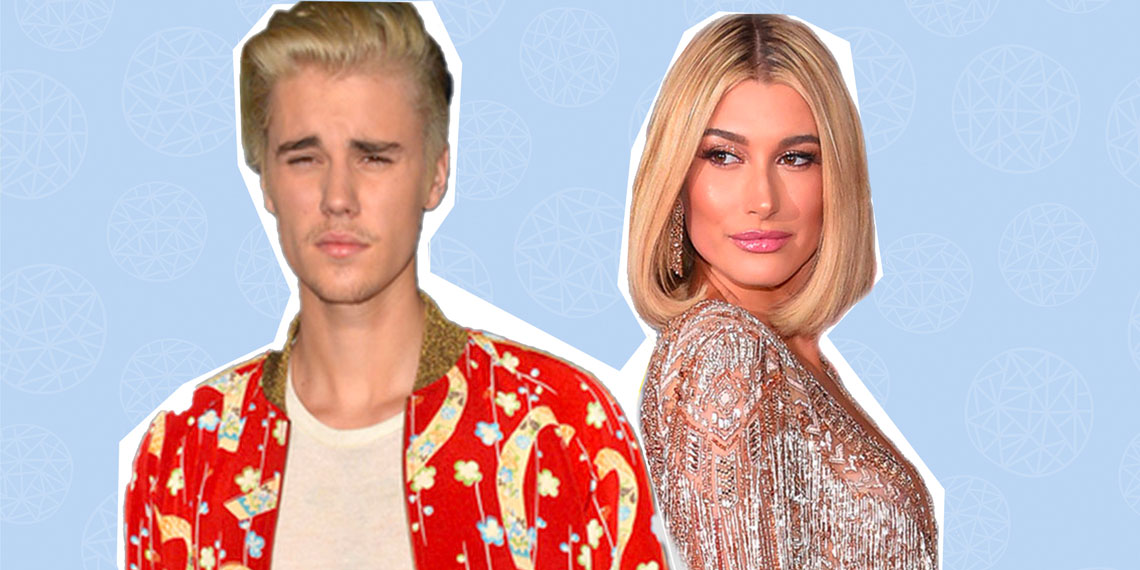 We Have A Theory Why Justin Bieber & Hailey Baldwin Got Engaged

Well, my fellow betches, I was wrong. About many things, but I’m here today to talk about Justin Bieber and Hailey Baldwin. Last week, I said I didn’t think their relationship was too serious, and that they’d be broken up by Labor Day. I thought these two were just down to fuck around and get matching haircuts, but I never really thought they were in it for the long haul. But fast forward five days, and Justin and Hailey are F U C K I N G ENGAGED. Now, I’ve had a few hours to process this news, so let me try to unpack my thoughts.

First of all, why the fuck is everyone getting engaged so fast? Is the world running out of diamonds? Is there a summer sale happening at David’s Bridal? Whatever the reason, this is one celebrity trend that I cannot get behind. I was already confused when Pete Davidson and Ariana Grande got engaged after like 2.5 minutes of dating, but now Nick Jonas and Priyanka Chopra are “pre-engaged” (what), and Hailey and Justin are taking the plunge too. Wait, I just realized—are we sure this isn’t a green card marriage? With all the immigration shit going down right now, maybe Justin’s real goal was just to lock down a US citizen. (But has he BEEN to America lately? Maybe it’s actually Hailey who’s trying to get that Canadian citizenship. That would make more sense.)

I also can’t help but think of Selena Gomez during this emotional time. Where is she? What is she doing? Is all this stress okay for her kidneys? Honestly, I always just assumed that she and Justin would get back together again, so the idea that it might really be over forever is a tough pill to swallow. Just a few months ago, it seemed like they were happy together again, but so much has changed so quickly. Normally I don’t really care about Selena, but I’m really rooting for her, so I hope that she starts dating the hottest man on the planet very soon. She deserves it, honestly.

But really, wtf is going on with this relationship?? It’s been just a few weeks since Justin Bieber and Hailey Baldwin started hanging out publicly, and they’ve been together basically ever since. It’s great that they’ve been enjoying each other’s company so much, but I’m just so puzzled by the need to get engaged. Hailey is just 21 years old, and I just refuse to believe someone born in 1996 is ready to get married. Like, 1996 basically just happened. There must have been a really inspirational sermon at Hillsong Church this week, because clearly they felt like it was time to make a major life decision with pretty much no advance planning. Like, I’ll decide to get drunk on a Wednesday without thinking about the consequences, but that’s a lot different than literally agreeing to spend the rest of my life with someone.

So yeah, I still have a lot of feelings about this, and I’m sure we’ll be talking more about Hailey and Justin in the weeks, months, and years (help) to come. Who knows, they could still be broken up by Labor Day, but that would be a pretty spectacular fail on their part. I guess for now I’ll just go back to trying to get guys to respond to my texts, and maybe a month from now I’ll be engaged too. If it can happen to Hailey Baldwin, surely it can happen to me?