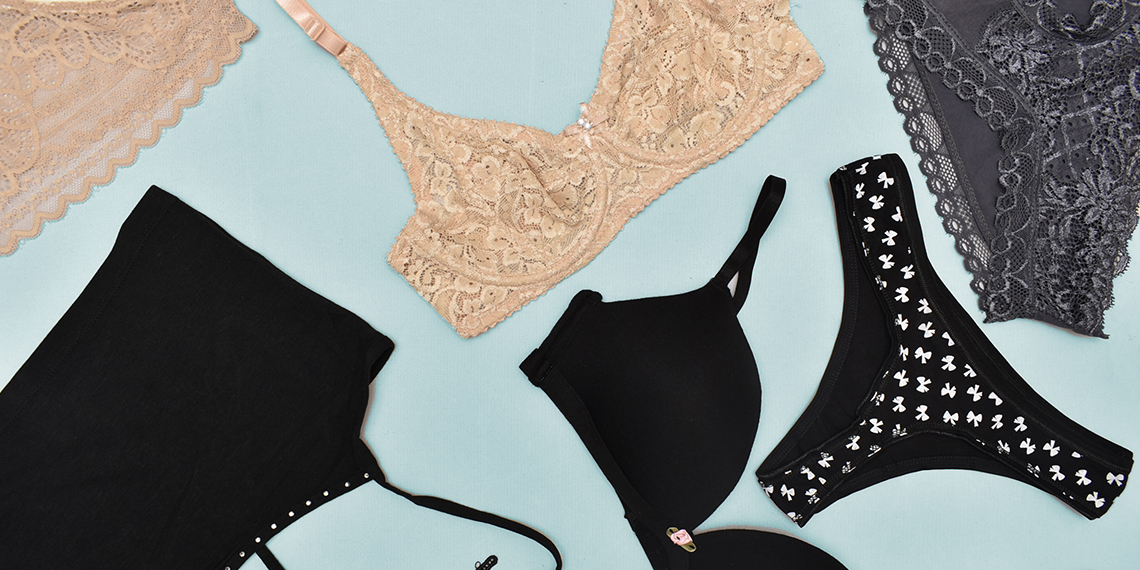 Was This Bride Out Of Line For Asking A Guest To Wear A Bra?

Another day, another wacky wedding story thanks to the people who post their problems on Reddit for me to read and laugh at while I’m supposed to be working. I don’t know about you, but nothing truly gives me life quite like stupid wedding etiquette questions that seem pretty cut and dry to those of us who have, like, common sense. Today’s wedding story, though, is a little less black-and-white than our usual “Am I a bridezilla for telling my Maid of Honor to terminate her pregnancy so she does not appear pregnant in my wedding photos?” type stories. Let’s just get right into it, with a problem I’m dubbing “Mo’ Titties Mo’ Problems.” You’ll see why in a sec. Here’s the dilemma she posted on the Am I The Asshole subreddit, or r/amitheasshole. It involves a bra, a blue dress, some really stupid questions, and some fun word play. Let’s go.

So, our OP posted this f*cking novel to the AITA subreddit, and has been officially voted an asshole. For the uninitiated, Am I The Asshole (or AITA as it’s lovingly called) is pretty self-explanatory. People write in about various scenarios that have happened to them, and the good people of Reddit decide who was the asshole in that situation. So, strap in and get ready to judge strangers—our favorite pastime!

Here’s the rundown from the OP herself. Please note, all spelling and (atrocious) grammar has been left as-is:

“My boyfriend’s (M27) brother is getting married. I (F22) often don’t wear bras (free the titty). I wear them to work, in a (business) professional setting, but if I’m going out with friends and family I don’t wear them. My boobs aren’t huge enough to where the flop everywhere, but I’m not flat chested either. My boyfriend has informed me that his brother’s fiancé has requested I wear a bra at the wedding, quoting ‘I don’t want no free range titties.’ Their family really looks down on it and thinks I’m a hippie heathen that has abandoned God and is motor-boating Satan.

I respect that 100%, it’s her day. However I’m trying to match my boyfriend’s attire, which is blue. I even dyed my hair to his color as well. The dress (blue) that best fits for the wedding (I have no time or money to buy a new one) is not designed to have a bra. I have a few other dresses, but they’re white (big no). I have a black dress as well but I wore that to their grandma’s funeral (so also no). I have other dresses/gowns but they’re very fancy and I don’t want to out dress the bride.”

First off, this has got to be a troll post, but for my own amusement, I’ll pretend this is real. People do tend to do crazy things, so I guess this story could be true—but just know that I’m proceeding with caution, so don’t @ me in the comments that this post is “obviously fake”. Now that we’ve covered that aspect, there are a couple of things to unpack here—like how the bride is so morally offended by the existence of breasts but has no objections to this girl dying her hair blue to match her boyfriend’s outfit. Seems like a weird hill to die on (or dye on, lol) but ok.

But let’s talk about the problem at hand. Or, more accurately, the problem at chest. (Okay, you’re right, I’ll stop now.) On the one hand, I have a feeling that if this bride is specifically requesting OP wear a bra, her situation is more noticeable than she makes it seem. However, let’s please give this girl a Pulitzer for the phrase “motor-boating Satan.” I don’t know what exactly it is or why it works, but it speaks to my soul and has sparked joy.

On the other hand, does anybody else find it a little ridiculous that the bride went out of her way to ask one guest to wear a bra? “Free range titties” or no, it’s a weird thing to do. Like, I would think she would be too preoccupied with, ya know, getting married, picking out flowers, avoiding her future mother-in-law, etc. to care about one guest’s body. Also, I struggle to see how this is THAT big of a deal in the grand scheme of things. Maybe, as the groom’s brother’s girlfriend, she’ll be in some pictures, but the OP isn’t a bridesmaid, so it’s not like she’s going to be in every single shot.

The OP then goes on to explain why she reallyyyy just cannot wear a bra, no matter how much she may want to.

“I’ve put on the bra with the dress, but it’s terrible and more offensive. You can see the straps and side of the bra, and a tube is still visible too. Even a cardigan can’t cover it fully. It’s not a provocative dress either, it wraps around the neck and shows some side boob but everything else is covered. No shoulder, hence seeing the straps of the bra. I have a bra with fancy straps and I’m thinking about just going French style (France sees bra straps as an accessory, compared to america’s ‘hey your strap is showing’).

Would I be an a*shole if I just taped my nipples and wore the dress? Or should I wear the most off white dress I own? I honestly don’t mind wearing a bra for the wedding, but the dress I would most like to wear isn’t made for a bra.

While I thought it wasn’t her place to say what I can and can’t wear, it is her WEDDING. Soooo… what do I wear?”

Honey, this is 2019. You have options outside of “wear a bra that will completely be visible” or “expose your free-range titties even though the bride specifically requested you not do that.” The Reddit community seems to think OP is the asshole in this situation, since her ultimatum has become “I’ll wear no bra with this dress I like” or “I’ll wear this white/off-white dress with a bra and piss everyone off even more.”

Also an important question: Has the OP ever heard of chicken cutlets? Strapless bras? Like, there are alternatives here.

The OP has since commented on the post and said she WAS thinking about wearing the sticky boob cutlets, but hadn’t considered them a “bra.” In this case, I think they would count. I feel like the bride is really just asking the OP to get a little support.

Reddit thought the OP was the asshole, with the top comment from u/kaitou1011 saying, “YTA because you’ve created a dichotomy of ‘I wear this dress or something much worse’ and ‘I wear this dress with a visible bra or with no bra at all.'” They continue, “You’ve picked a dress for the wedding, it seems, with the express excuse of going against the one thing they’ve asked you, and it seems pretty deliberate. You’ve got lots of other options, like buying a new dress that doesn’t have this problem (especially considering if there’s sideboob it’s probably not appropriate for a wedding of people who think not wearing a bra makes you a hippie heathen whose abandoned God and is motorboating Satan.). There are also some age-old tricks for hiding bras under revealing dresses, as well as actual products meant for that purpose like strapless bras or that one backless bra thing you can buy online for like five bucks which also gives really great cleavage too. But seriously, just go buy an appropriate dress at freaking WalMart.

I can see this point. It seems like this person wrote this entire post to Reddit just so that strangers could validate her choice, and had no intention to ever acquiesce to the bride’s request. We hate a validation post over on AITA. Reddit is a fickle beast, and the commenters do not always side with the OP.

That said, personally, I think both the OP and the bride are the assholes. The OP for the reasons laid out, and the bride for making this weird body-shaming request in the first place. It would be one thing if the bride asked nicely and acknowledged that this is a strange and low-key rude request, but she went about it pretty poorly, if OP’s account is to be believed. Also, the internet typically rules against brides who try to dictate their bridesmaids’ appearances, and I don’t see why this is any different. If you ask me, the bride is the bigger asshole for making a huge deal about something that probably won’t even matter. Sadly, we’ll never know what ended up happening, because OP has not provided an update.

Do you think the bride was the asshole, or the OP? Do you have any insane wedding stories to share? Let me know in the comments!