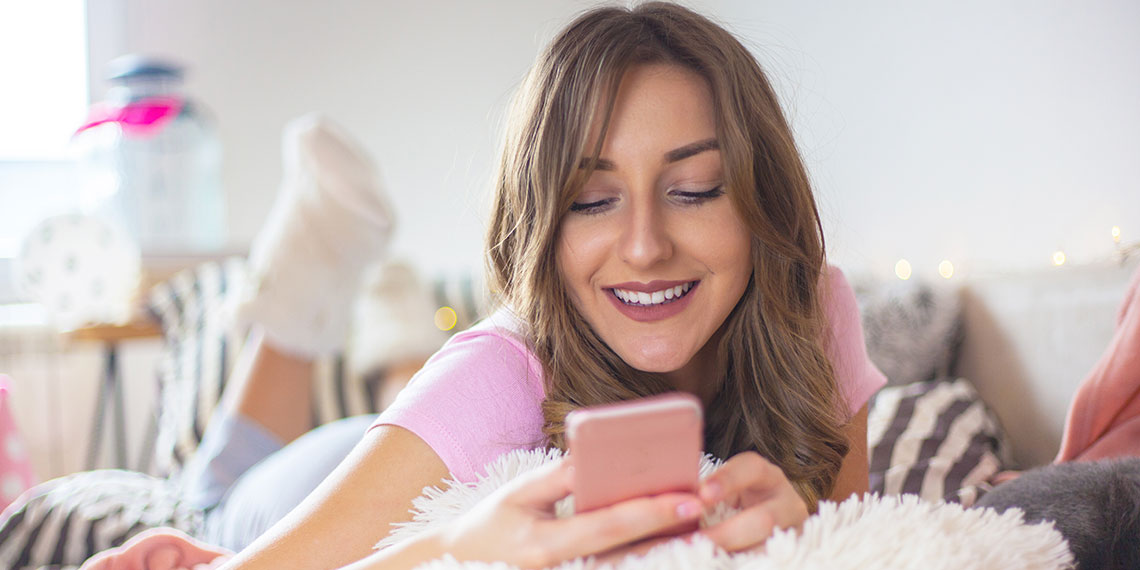 This Is The Best Season To Get On Dating Apps, According To Science

Winter is coming, and I’m not just saying that because the temperature finally dipped below 78 degrees and I was forced to switch my iced Dunkin’ pumpkin latte order to a hot pumpkin latte order. With the end of 90+ degree days, rooftop season, and my general will to live, comes the beginning of cuffing season. For those of you who weren’t aware: cuffing season is the time of year when you must balance the desire to not shave your legs for the next 6-9 months with the desire to not die alone in your apartment with no one but your beloved dog to find your body. It’s tricky. But is winter like, actually a good time to meet people? Or am I shaving my legs for nothing? Well, as it turns out, if you want to digitally exchange small talk with a guy who thought showing his personality meant saying he likes The Office, then you’d be right! Winter is the best time to meet people… while online dating.

A recent survey conducted by Dating.com found that not only is there a rise in online dating use during the winter months, but that the chances of meeting an actual human being IRL drops by more than half during that same time period. This tracks, as the only person I like to converse with when the temperature drops below 50 degrees is the guy at Trader Joe’s checkout counter where I buy wine in bulk. And even then, I would really appreciate it if Marcus kept his opinions on bulk alcohol orders to himself, mmkay?

The survey also found that 67% of people were less likely to attend a social gathering during the winter versus the summer, and that there’s a noticeable 30% uptick overall in dating platform activity between November and February. Again, this tracks. But just because people are using online apps during the winter doesn’t actually mean they’re going on any dates or making any genuine connections, right? I mean, I once spent two months talking to a guy who thought seeking human connection meant asking for your Snapchat handle. Are you trying to tell me, Dating.com, that these are the types of people who will be swiping on me this winter? Just because more people are on apps during specific months doesn’t necessarily mean that your chances in finding a long-term partner will increase (if that’s what you’re looking for).

So, who are these people flooding dating apps during the winter, you ask? Well apparently they are the loneliest of sad sacks! According to the data collected, 60% of surveyors said they turn to online dating as an effective and quick fix to their anxiety and/or sadness. I feel like exchanging endless small talk with strangers online can only do more harm to a person’s anxiety and depression, but then again I’m just a girl who considers watching eight hours of television in a single sitting “self-care”, so what do I really know?

But back to the sad sacks! It feels like the data from this survey is trying to tell me that, yes, more people are on dating apps, but this newfound dating pool is coming from a real place of laziness and desperation. Like, when the Seamless guy shows up before you’ve had a chance to put on pants so you just settle for wrapping yourself in a couch blanket and hoping he doesn’t notice, you know? And is anyone shocked by this information? Because I’m not. So, people are sad and lazy when it’s cold out? What other earth-shattering truths is this survey going to tell us next? That the sky is blue?

However, what did surprise me is that over 90% of those surveyed said they found someone online that they had a strong connection with. NINETY PERCENT. That’s like, almost everyone! Even the guy who said that Marvel movies and liking his dog are the way to his heart! I’m actually floored by this number. Not only are people on the apps but they’re—dare I say—connecting? Going on dates? Requesting to follow the other person on Instagram?! This feels like a real breakthrough. Tbh, I have not felt the odds were this much in my favor since Selena Gomez announced she was releasing new music. The stars are aligning, people.

So there you have it! According to science, winter is the best time of year to meet someone on a dating app, especially if that someone was driven to the app by pure loneliness and desperation. I guess we better start shaving our legs now, ladies!