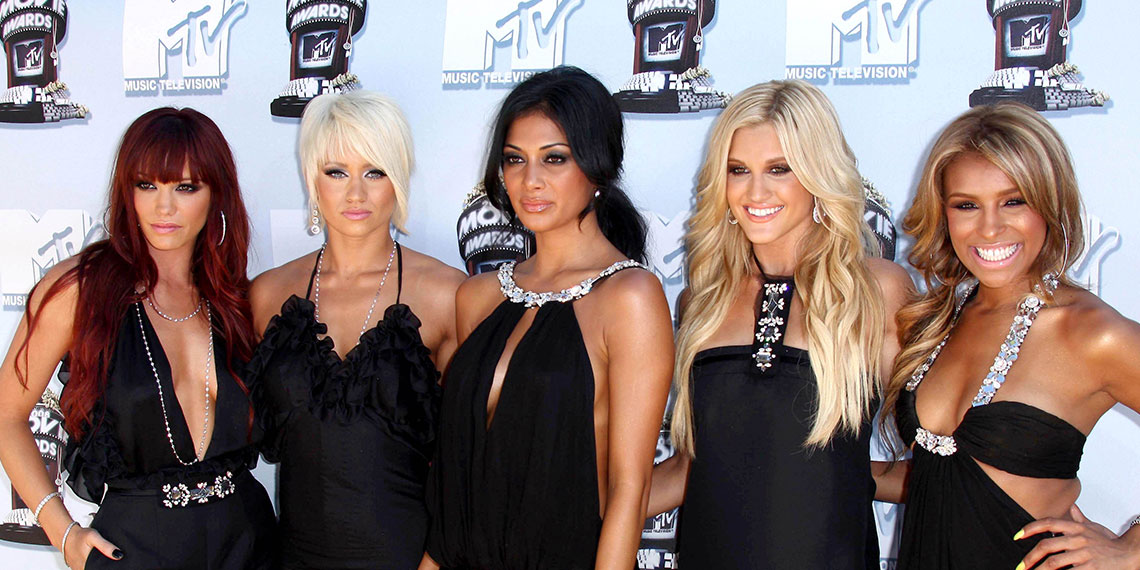 The Pussycat Dolls Are Making A Comeback

If you pay any attention to what’s going on in the world of entertainment, then you know that basically everything from the ’90s and 2000s is coming back. Movies are getting rebooted left and right, and tons of TV shows are getting revived, whether or not they actually need to be. The nostalgia trend has been a bit slower to hit the music scene, but last week, my jaw literally dropped to the floor when I heard that The Pussycat Dolls are officially making a comeback. Yes, you read that correctly. In the year 2019, The Pussycat Dolls are gracing us with their presence once more.

Starting with a press tour around the UK, the Dolls announced that they’re heading out on a reunion tour of the UK, Australia, and New Zealand in 2020, and capped off their announcement with an epic performance on the finale of The X Factor. This made a lot of sense, as lead singer Nicole Scherzinger has been a judge on X Factor in the UK on and off since 2012. Apparently, The Pussycat Dolls were bigger in the UK than in the US, which I never realized, but good for them.

Here’s the performance, which I have watched more than three times, but less than 10. What can I say? I have my priorities in order.

In case you decided not to watch, I’ll fill you in. They performed a medley of their biggest hits, including classics such as “Buttons” and “Don’t Cha,” all while clad in the black spandex and mesh we’ve been missing all these years. The vocals were mostly lip-synced, but I’ll forgive them considering the dancing is still sick, and the overall performance is fierce as f*ck. Also, it’s incredibly rude how good all of these women look. Nicole is 41 years old, and she looks a million times better than I have ever, or will ever look. The woman is wearing a full mesh bodysuit, and I honestly feel like the laws of nature have been defied. I’m not jealous, I’m just in awe.

At the end of the X Factor performance, they previewed a new song called “React,” which sounds like a fresh take on the PCD sound for 2019. I’m sure it’s going to be a banger whenever they actually release it, but I also have some questions about their process for recording new music. In the past, Nicole Scherzinger has had a lot to say about everyone’s vocal contributions to the group—namely, that no one else made any vocal contributions. In a 2012 VH1 interview, she said that she “probably did 95 percent” of the singing for their first album, PCD, including both lead and background vocals. She also recalled, after finishing the album, when she and the producer “brought the girls into the studio and we played it for them. It was the first time they’d ever heard the music.” Yikes

So when they’re working on new music now, is it still going to be that way? Obviously Nicole is meant to be the leader of the group, but it’s pretty rough if the rest of the women don’t even hear the songs until they’re finished. Back in the 2000s, no one really knew how one-sided the recording process was, but now that it’s been out in the open, I have to think things are a little awkward between them. When asked in interviews why they’re coming back now, their answers have mostly been vague statements about the time being right, which I think roughly translates to “some of us haven’t worked in a few years, and that ‘Buttons’ money isn’t gonna last forever.” Mazel tov, ladies.

there’s gonna be a gospel choir during Stickwitu

Whether The Pussycat Dolls’ comeback ends up being iconic, or just a blip on the reboot radar, I’m excited about it. They’re one of the most successful girl groups of all time, and if the first performance of their comeback is any indication, they’re going to work hard to deliver a killer show. I actually have been a big fan of The Pussycat Dolls recently, so at this point I’m mostly just upset that they haven’t said anything about touring in the US. What do I have to do to get a free flight to London. Seriously, what do I have to do?