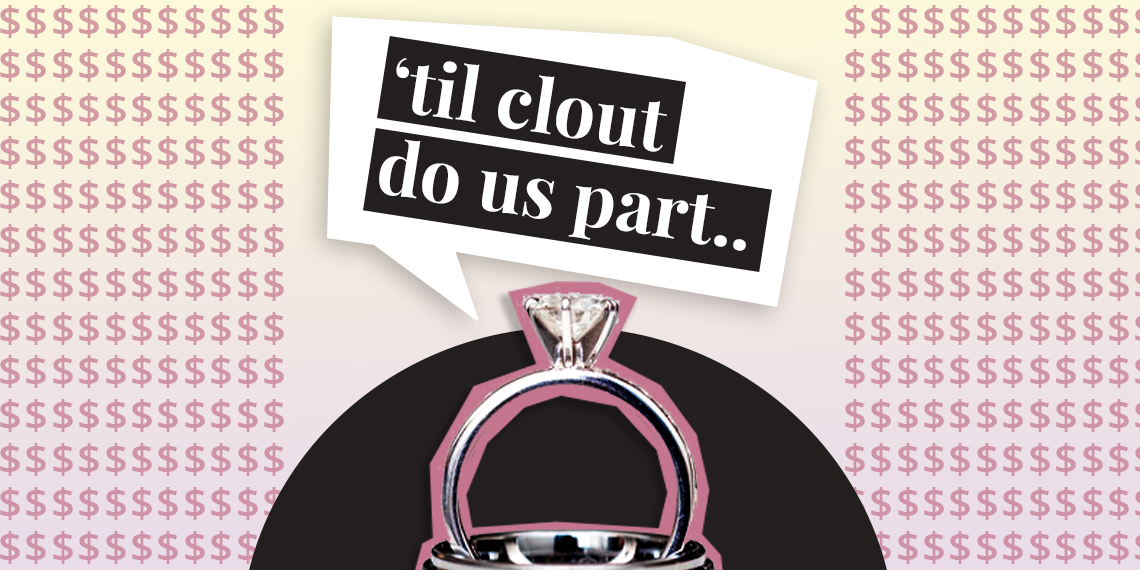 The Most Expensive Celebrity Engagement Rings

I’m one of those girls who is obsessed with all things weddings. And much to my boyfriend’s dismay, I’ve known what engagement ring I’ve wanted since I was little. I jokingly say to my friends that if the ring isn’t big enough, no matter how much I love the guy, I’m going to have to say no. Shallow? Maybe. But don’t pretend like you’d be thrilled with a ring that was less than a carat. Because of this  fascination with weddings, whenever I hear of anyone getting engaged, my first question is, “what does the ring look like?” This is why celebrity engagements are so exciting because you know the ring ain’t gonna be small and neither will the price tag. So, here is a list of the most expensive celebrity engagement rings. I promise they will not disappoint.

Starting this list off of expensive celebrity engagement rings with a bang (and the most expensive one) is our girl Mariah. Being the diva she is known to be, we all know she wouldn’t accept a ring less than fabulous. Her then-fiancé, James Packer (an actual billionaire), proposed with a 35-carat emerald cut engagement ring designed by Wilfredo Rosado. Its estimated value is $10 million. Although the engagement was called off seven months later, Carey got to keep the diamond ring. BRB, gonna go slide into James’s DMs.

As an heiress to a successful hotel-chain, you bet Paris Hilton is going to have one of the most expensive celebrity engagement rings. Her fiancé, Paris Latsis, proposed with a 25-carat ring that  casually cost him $4.7 million. However, after their split, her ring was auctioned off to help raise money for Hurricane Katrina. TBH, I’m v impressed. Nice work Paris.

Jay-Z needed to make sure the engagement ring he bought was fit for a queen. And he did just that. Her 18-carat, $5 million ring is the envy of everyone (especially me). The emerald-cut designed by Lorraine Schwartz is amazing.

Our hearts skipped a beat when we lay eyes on this stunning sparkler worn by @beyonce; extremely in love with the 18-carat flawless diamond ring set in a platinum split base and was designed by jeweler @lorraineschwartz. It is rumored that the bling cost as much as $5-million! Fancy much? Double tap if you like this one!

Elizabeth has had her fair share of expensive engagement rings (8 marriages, to be exact—smh some people have all the luck). In 1957, she received a ring from Mike Todd was 29.4 carats. However, after that marriage ended and she met and married Richard Burton in 1964, she was gifted with another spectacular ring. He proposed with an 18.61-carat ring (that could also be removed from the band and worn as a brooch) that was surrounded with diamonds. After the first 5 years of their marriage, he gifted her with a MASSIVE ring, now known as the Elizabeth Taylor Diamond. Ringing in (lol) at 33.19-carats and worth $8.8 million, Elizabeth Taylor’s ring from Richard Burton is one of the largest on this list.

"You can't cry on a diamond's shoulder, and diamonds won't keep you warm at night, but they're sure fun when the sun shines!" – Healthy perspective from the world's most famous jewelry lover. – #ElizabethTaylor

In 1968, 5 years after the death of John F Kennedy, Aristotle Onassis proposed to Jackie with a 40.42-carat engagement ring. Yes, you read that correctly. Although her ring is the biggest on this list, it isn’t the most expensive. The estimated value was $2.59 million. However, Jackie only wore this ring twice before it was stored in an NYC bank vault until she died.