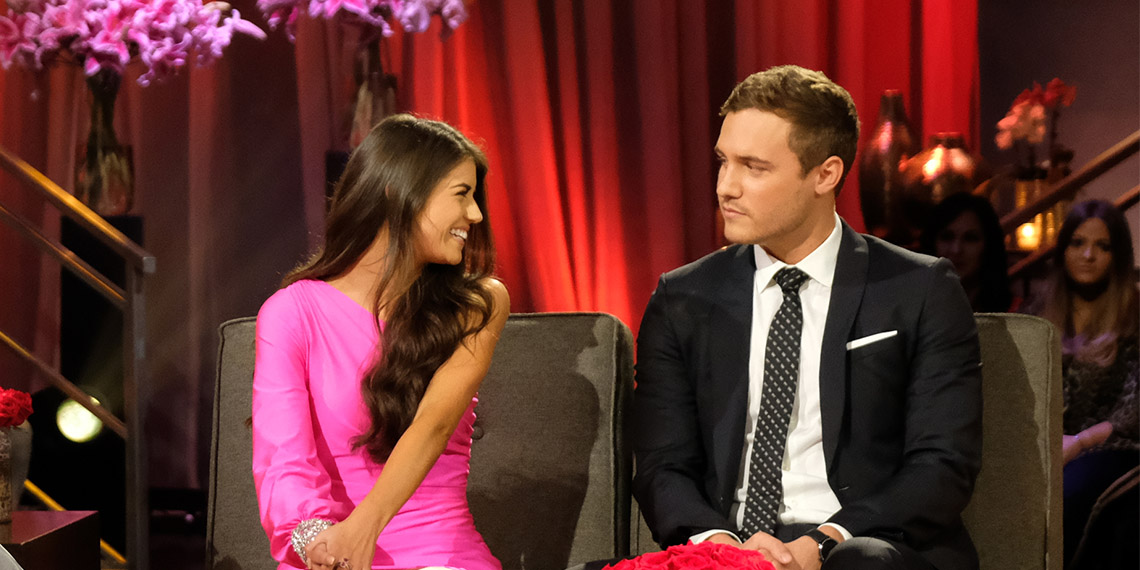 Peter And Madison Are Publicly Shading Each Other

By now, Peter Weber’s season of The Bachelor feels like a distant memory. Bigger issues have overtaken our world, like the fact that The Bachelorette is delayed indefinitely, and we’re now forced to suffer through Listen To Your Heart every Monday. Pilot Pete’s season may have been a mess, but now we’re in truly desperate times. Luckily, these thirst-monsters are still clinging to relevance, so we’ve got more drama between Peter and Madison to deal with.

A lot has happened in the last month, so here’s a quick refresher. On the finale of The Bachelor, Peter broke off his engagement to Hannah Ann, and then said he wanted to make things work with Madison. They got back together, before announcing their split just two days later. Were they ever really back together? Debatable. Fast forward a few weeks, and Peter flew to Chicago, where he’s been quarantining with Kelley Flanagan. A couple weeks ago, he went on several podcasts and claimed that nothing serious is going on between them, but who really cares? Madison, meanwhile, has been quarantining at her parents’ house in Alabama, and based on her cringeworthy TikToks, she’s fully reverted back to the life of a high school girl. Okay, great, now we’re caught up.

Over the weekend, the shade between Madison and Peter kicked off on TikTok, of all places. Madi posted a cute video featuring several women from Peter’s season, not including Kelley. There were also like, 20 other women missing, but whatever. Someone commented asking where Kelley was, and Madi replied, “with our ex lol.” Honestly, I screamed when I saw that. Props to Madison for this A+ shade, because I had no idea she had it in her.

Just from that comment, it was apparent that there were some hard feelings going on here, and now we have some more clarity on the situation. Madison made an appearance on the newest episode of Kaitlyn Bristowe’s Off The Vine podcast, and she spilled some major tea about the complicated timeline. When asked about her relationship with Kelley, Madison said that they were “inseparable throughout the entire process,” so she was “definitely hurt and thrown off” when she saw that Kelley was with Peter.

In any situation, it would be weird if one of your good friends got together with your ex. But Madi says it was “really confusing,” because Peter was trying to get back with her just TWO DAYS before he was seen in Chicago. She says, “He was, like, calling me and texting me being like, ‘I miss you, let’s get back together… I think that to me was a little confusing.” Hmm, to me it sounds like Peter was basically just in the mood to quarantine with someone, and he may have been looking into multiple options. Classic f*ckboy behavior, and it wouldn’t be the least bit surprising coming from Pilot Pete.

Speaking of f*ckboy behavior, his bizarre treatment of Madison continued when he reached out after the photos with Kelley were released. Madison told Kaitlyn that “He sent me this long, long text, kind of explaining himself, but not really. Just kind of sharing the current situation or whatever. I was very kind back, I was just like, ‘Look, this doesn’t affect anything for me, like, we went our separate ways, it’s not like I lost something here.’ I guess, but I told him kind of what I’m saying. What I’m confused about Peter is two days ago you were telling me how much you loved me and wanted to get back together and now you’re with the one person that was my best friend. It just feels a little hurtful.”

Damn, Madison really went in here, and I’ve never liked her more than I do right now. I don’t doubt that, at some point, Peter had deep, genuine feelings for Madison, but he needs to get over it and stop acting like all this stuff hasn’t gone down since. Madi is clearly doing fine, so stop texting her whiney bullsh*t when you’re shacking up with a woman who used to be her close friend.

In conclusion, Madison said she wishes Peter and Kelley all the best, but added that she hasn’t spoken to Kelley “in a really long time.” I would say that makes me sad, but I don’t have actual emotions for these people. Also, in what real world would a 28-year-old Chicago lawyer be friends with a 24-year-old from Alabama? They’ll both get over it.

But who’s not over it? Peter! He clearly felt some type of way about what Madison said on the podcast, and he decided the public comments on a Bachelor tea Instagram page was the appropriate place to express this. He tagged Madi, saying “you’d think you’d have a little more respect for this situation given we both know there’s more to the story…”

Okay, while I don’t know what Peter is alluding to here, I feel like he’s being a little bit of a drama queen. First of all, could he not just text her about this? He clearly had her number as of *checks notes* two days before he went to Chicago to stay with Kelley! Also, talking about this stuff on podcasts is petty much par for the course for these people. Peter, just a few weeks ago, went on three different Bachelor podcasts in the same week! He might not have liked what Madison had to say, but it’s not like she ruined his life or anything. All of these people are just trying to get a few more headlines before we stop caring about them, so it’s not really worth getting mad about.

What is worth getting mad about? The fact that Paradise likely won’t happen this year, so we won’t get to see any of this petty drama play out in person. There is nothing I would love more right now than to see Kelley and Madison come face to face on that beach and spend two full episodes arguing about who texted Peter and when. Throw Hannah Ann in the mix, and you barely need anyone else for the whole season! If we don’t get to see this, then we’ll really have something to complain about. See, Peter? There are things in the world that actually MATTER!! Now spend less time in the Instagram comment section, and more time working on your TikTok skills, because they’re dismal.