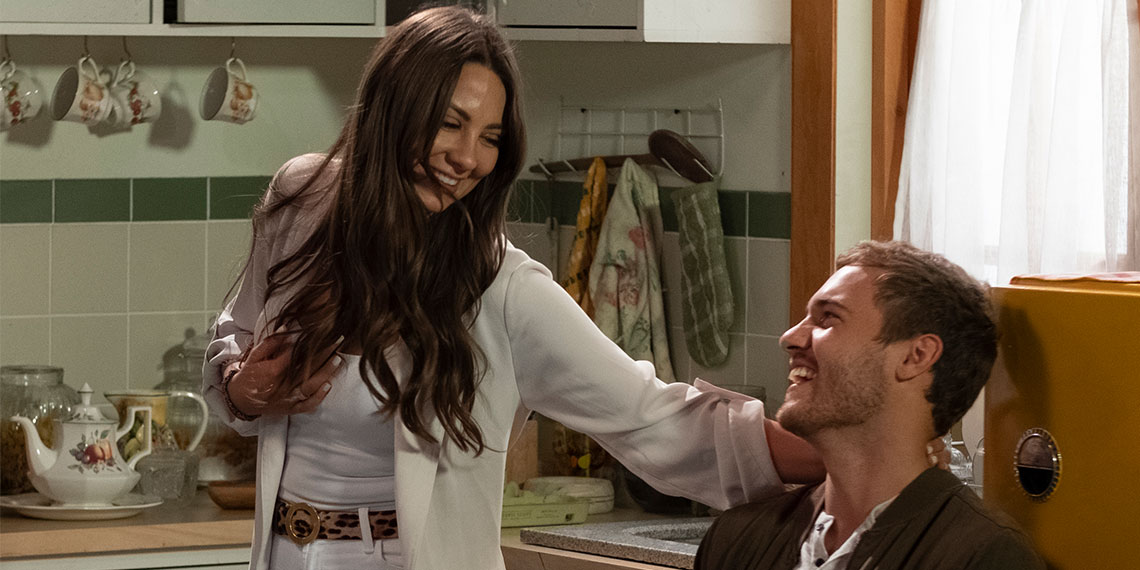 Peter And Kelley Were Seen Failing At Social Distancing Together

In this time of strife, thank goodness we can still rely on the hooligans of Bachelor Nation to bring us the content we need. Namely, the extended saga of Pilot Pete’s season is being drawn out even longer, because 2020 wasn’t bad enough already. As you all know, Peter was seemingly alone at the end of the season, after his engagement with Hannah Ann fell through, and then Madison dumped him to pursue a career as Selena Gomez’s friend. After being one of the worst Bachelors on record, Peter deserved to think about his life and his choices, but it looks like he’s not so alone after all.

On Wednesday afternoon, Peter was spotted in Chicago, being very affectionate with none other than Kelley Flanagan, Esq. In some paparazzi photos, Peter can be seen with Kelley slung over his shoulder, because I guess the jump-and-wrap-your-legs-around hugs are so three months ago. Seriously, do people actually do this sh*t? Dustin Kendrick, from last season of The Bachelorette, was also present for the outing, because every Bachelor date needs a third wheel. These photos legitimize recent rumors that Peter and Kelley are still a thing. Until now, the main evidence was that Peter’s family still follows Kelley on Instagram, but now we have real evidence of them together in public.

Smfh… Kelley and Peter in Chicago NOT social distancing. Like what the actual fuck?

Speaking of in public, you might be wondering why Peter and Kelley are out and about at a time like this. Of course, it’s okay to be taking solo walks as long as you keep a safe distance from others, but as you can see from the photos, they don’t seem to be doing that. See that dog? That dog is absolutely not six feet from them, and the owner is probably cutting it close. As beautiful as the Chicago lakeshore is, it might not be the best place to take a socially distant walk, because it’s usually crawling with people whenever the weather is semi-decent.

But wait… why is Peter even in Chicago? It would be one thing if he and Kelley had been holed up together for a couple weeks, but Peter posted a video on Instagram with his mom just five days ago! Less than a week ago, he was chilling with Barb making TikToks in California, and now he’s 2,000 miles away in Chicago? Considering that most of us have barely seen another human in two weeks, it seems pretty uncool that Peter just hopped on a plane to see Kelley. Pete, read the f*cking room. You already looked like an idiot after your season of The Bachelor, but this is even worse.

Is this how you Tik Tok? If I’m even half the parent my mom has been to me, my kids will be the luckiest in the world. Spread love, I promise you’ll never regret it 🙏🏻

Now that he’s made the choice to go to Chicago, hopefully he stays put for a while, and takes his PDA with Kelley indoors. For the social distancing, yes, but also so we don’t have to see it anymore.

While it’s unclear if Peter and Kelley are even social distancing, they’re not the only Bachelor alums who are spending this crazy time together. Of course, Tyler Cameron and Hannah Brown’s non-quarantine situation has been well-documented across social media platforms, but it’s still unclear whether they’re actually together, or just using this time to get some major clout. Either way, it’s working.

Obviously, many of the known Bachelor Nation couples are together right now, but not all of them have simple situations. Colton Underwood shared that since testing positive for COVID-19, he’s been quarantined at Cassie’s parents’ house. Specifically, he’s quarantined on the third floor of their house, which is apparently gigantic. Must be nice, as I write this from the glorified refrigerator box for which I pay rent.

Hi, just wanted to give you a health update. The last few days were rougher than I expected. The most prominent symptoms are my cough, night sweats and shortness of breathe. Breathing is challenging, the best way to describe it is feeling like I only have access to 20% of my lungs. I can only imagine how people with pre-existing health conditions feel with this. I’ve been journaling throughout this and I’ll share some of those soon. I’m currently on hydroxychloroquine, Z-Pak and last night the doctor prescribed an inhaler, also. I’m hopeful that they are starting to work! This morning was the first time that I’ve felt any real type of improvement since the beginning of this. Im hopeful that I’ve turned the corner and will be back to 100% soon. We are very lucky that all of this was manageable at home after getting the proper medicine. I’m on the third story of the Randolph’s home, isolated from the rest of the family (The Health Department called and spoke to both Cassie’s mom and me to make sure we understood timing and what to do). When they make food they make an extra plate and drop it off and have been checking on me regularly to make sure I am comfortable and breathing! They have been amazing and have been taking great care of me. Stay positive people…We got this!

In terms of more recent couples, all the usual suspects are quarantining together.  We’ve got Hannah G and Dylan quarantining together somewhere beautiful and sunny, and Caelynn and Dean, who have found somewhere in Santa Monica to hang to hang out that’s not his van. Proud of them! Caelynn also posted this cute throwback photo of them in Mexico together, and I desperately need to talk about her use of the word “quarandeaned” in the caption. QUARANDEANED. I can’t decide if I love it or I hate it, but either way, I’m feeling a lot of feelings about it. I might start dating someone named Dean just so I can say this. Okay I decided, I love it.

While I’m qurandeaned, I’m looking back at the time we did a terrible job at hiding our relationship 😬

Hopefully all the other Bachelor has-beens are following instructions and staying inside, but I wouldn’t be mad if this whole situation exposes some other couples that have kept things low-key until now. Honestly, what else do we have to live for at this point? I just ate Oreos for breakfast, so I’ll take whatever bit of excitement I can get.