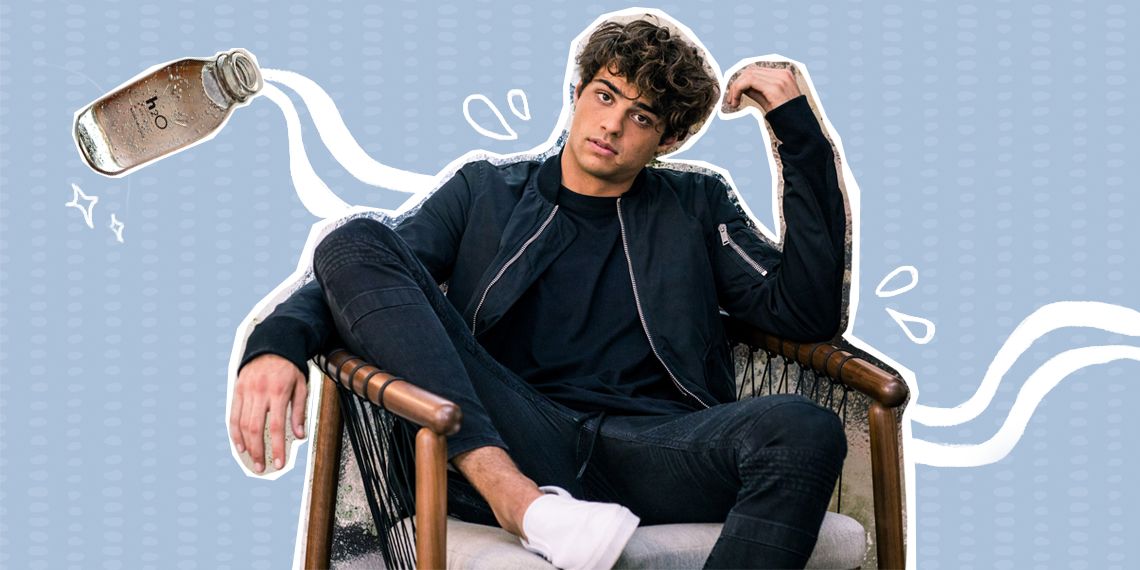 I think we can all agree that while Netflix has been bringing it with the murder and scam documentaries lately, they’ve been sorely lacking in their monthly rom-com quotas. Look, don’t get it twisted. I love watching the fall of humanity one bingeable documentary at a time, but that doesn’t mean I don’t appreciate watching a bunch of very attractive twenty-somethings pretend to be very awkward high schoolers and somehow inspire my spiteful ass to believe in love again. That being said, brace yourselves, because Noah Centineo, aka Peter Kavinsky, aka the man who put his hand in Lara Jean’s back pocket (!!!), has a new movie coming out, and it is happening so so soon.

That’s right. This is not a drill, people. Our favorite barely legal Instagram thirst trap is gracing our screens once again, and I’m already making a note in my planner to call out sick when the movie drops on April 12th.

NETFLIX: Noah Centineo has a new moving coming out in two weeks.
ME:

Noah’s new movie is called The Perfect Date, and after having watched the trailer I just have, like, a lot of feelings. So let’s take a look at said trailer, shall we?

Let’s start with the opening scenes from the trailer. In a voiceover, Noah declares, “I’ve always wanted to date the most popular girl in school, drive the fanciest car, and go to the most prestigious school, but I can’t afford any of that.” I hate to break it to you, buddy, but if you think HIGH SCHOOL is too expensive for you, just wait until you find out it costs approximately $1,200 a month just to breath air as an adult.

Noah Centineo plays Brooks Rattigan, a poor nerd who, apparently, can only get a date if someone pays him. Lol, k. Are we really to believe, Netflix, that this face…

…can only get a date if it’s paid for?! If that’s true, then I think Noah can quit acting and start taking Venmo requests. I’ve got $168 in my savings account with his name on it. We’ll all set you up for life, bb.

But back to the premise. So Brooks Rattigan is poor and unpopular, despite looking like a goddamn snack in every scene he’s in. He’s working as a sandwich boy at an off-brand Subway, when one day he overhears two dudes talking about needing to pay someone to date their sister, and Noah is like “I volunteer as tribute, but only if I get to drive your car.” And the random dude SAYS YES. I take it back, this is starting to sound more and more like one of Netflix’s murder documentaries…

Brooks gets set up with a moody rich girl, Celia Lieberman, who I can already tell will be friend-zoned three seconds into this trailer because she has a personality and wears combat boots. Jesus. After his date with Celia, he decides that actually he’s pretty good at being a “stand-in date,” and decides to make a living at it by making his own app WHERE HE SELLS HIMSELF AS A PLUS ONE. I’m sorry, but is Netflix encouraging the prostitution of a minor rn?? Because this sounds less like a fun side hustle, and more like something Olivia Benson will try and prosecute in this season’s finale of Law & Order SVU. My favorite is that Brooks looks so proud of himself for thinking he’s pioneered the sex trade industry.

am i really going to sit thru a third netflix movie for an audience demo 15yrs younger than me just bc it stars noah centineo? u betcha https://t.co/hjigtWKDM8

As you can imagine, with a face like that, Brooks is absolutely thriving in his career as an underage escort and even gets a date with the hottest, most popular girl in school, Shelby Pace (aka Camila Mendes). We know Shelby is the most popular girl in school because she wears an inordinate amount of fur and barely speaks, and apparently that is enough to qualify her as Brooks’ “dream girl.” K. After getting everything he wants though, Brooks realizes maybe he’s actually into Celia, despite her having a personality of her own. Who will he choose? Well, it’s a real Sophie’s Choice there…

As I said, this trailer left me with a lot of thoughts and feelings, but mostly I’m extremely hype for this thing to release. The cast is, like, the perfect mashup of The CW and Freeform’s most beautiful rejects, and there’s truly nothing I love more than watching adults pretending to be teenagers dry hump in a janitor’s closet.