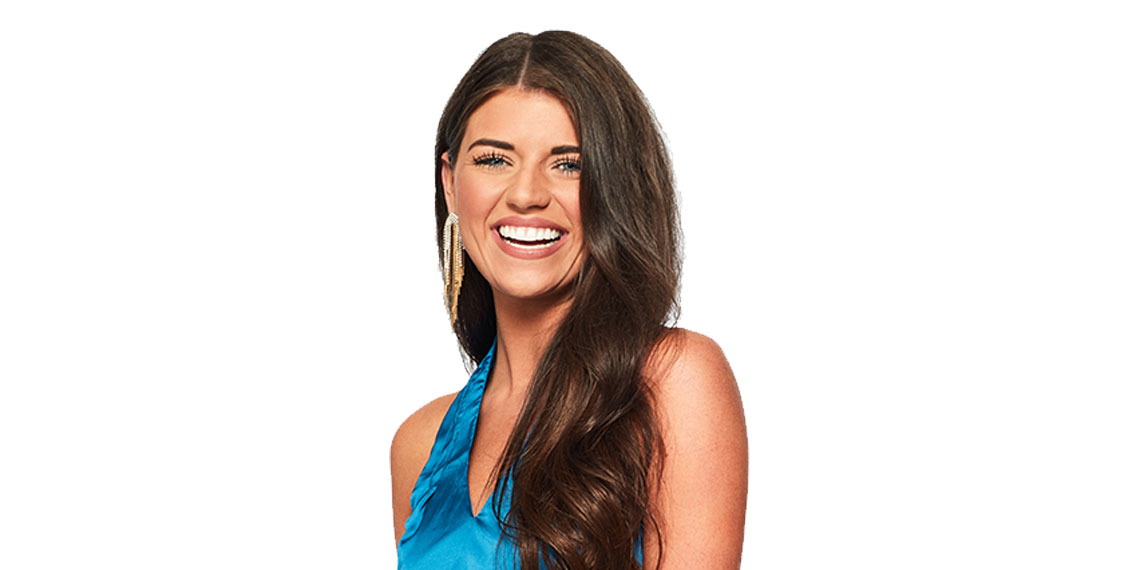 Madison From ‘The Bachelor’ Got Caught Running Her Own Fan Account

We’re only one week into the new season of The Bachelor, and I already can’t keep up with these girls. I don’t know if this premiere week has been messier than usual, but it feels like there is just so much to talk about. Already, we’ve broken down Hannah Ann’s suspicious background and Maurissa’s date with Mike Johnson, and today it’s Madison’s turn in the hot seat. Pretty much every Bachelor contestant has exhibited cringeworthy behavior on Instagram at one point or another, but Madison’s is… something else.

On this week’s premiere, she emerged as an early frontrunner when she was chosen for the first one-on-one date of the season. She and Peter seemed to vibe pretty well, and even without spoilers, it’s not hard to guess that she’ll be around for a while. On Tuesday morning after the premiere aired, she posted a photo from her date with Peter, saying that it was “the most perfect date with the perfect guy.” I can’t wait to see how that caption ages if she doesn’t end up winning the show, but that’s not what’s important here.

You’ll notice below that there’s a super sweet comment on the photo, saying that Madison’s date was “beautiful,” and that she’s “so genuine and real.” The problem? The comment came FROM MADISON.

The prevailing theory behind this is that Madison made a fan account for herself, and then forgot to switch to that account before commenting on her own photo. If this is the case, which seems likely, it’s sad and hilarious. Like, I don’t know how many of these women are out here making fan accounts for themselves, but if you’re going to be shady, you’ve got to be good at it! I’m logged into four different Instagram accounts because my job is just that important, and I double-check what account I’m on every single time I post something! It’s an easy mistake to make, but that just means you need to be careful.

After the comment got clocked by the entire internet, she deleted it, but it was too late. From there, she went into full damage control mode, and it didn’t go super well. She got her friend (sister? idk, the account has no info) to comment on photo, saying that the comment came from her, but she “was logged into Madi’s from when she got back from filming.” Um, yeah, I’m calling bullsh*t on that. According to spoilers, filming for Peter’s season ended in early November. As you may know, it’s now January, which means that even if Madison makes it to the end, she’s been back for a full two months.

Even if this other woman was running Madison’s Instagram while she was away, I don’t believe that she just hasn’t checked her own Instagram since November. Madison quickly responded, saying that “it happens” but like, does it? This explanation is shaky at best, and I’m disappointed that Madison couldn’t come up with something a little more convincing.

But this weird, bad cover-up has yet another layer, and it only gets more puzzling. After Madison’s friend or whoever took the blame, another account posted a story with more aggressive explanation of what allegedly happened here. The post explains that Madi’s “sisters has access to her account, and they commented.” Besides this being terrible grammar, I also don’t really get why her sisters would be just casually on her account. Whatever.

The most important thing is the account that posted this story: @teammadisonprewett. An actual fan account! While the account is anonymous, it was probably made by someone who knows Madison, because it was started the day ABC released contestant photos on Facebook back in September. Sure, it could have just been someone who wanted to hang onto the handle in case she made it far, but who else would make a fan account for someone based on one photo and a first name? This was way before we had any actual info about the contestants or the season. The account probably run by one of her sisters or something, if not Madison herself. Either way, giving the inside scoop on your Instagram f*ckup to a fan page for yourself isn’t the way to make people believe you. And also, the overly aggressive tone and capitalization screams middle school cyber bullying. Like nobody here is SPREADING lies, we’re just stating a logical explanation for what’s happening. And what’s more PATHETIC—pointing that out or running a fan Instagram for someone who won’t be relevant past August? Yeah, I’m convinced this is like, a younger sister or little cousin behind this account.

Naturally, Madison is getting trolled all over the internet about how “genuine and real” she is, and I’m mostly just disappointed that the whole season is filmed in advance, so Chris Harrison won’t get to make fun of her for it. Maybe in 2020, The Bachelor needs to happen in real time. Like, if I were Peter, I would want to know all the dirt that Reddit had dug up on my contestants, not just the two fun facts that the producers put on the bios. If I found out someone I was dating made a fake fan page for herself, that might actually affect my opinion of them!

This is awkward. 👉🏽 swipe to see which girl is running her own fan account. #thebachelor

But alas, Peter has already made his choices, so we just have to watch to see if Madison lets her desperation show in some other way while she’s in the house. I mean, all of these women are desperate, so she’ll probably still be fine either way. Isn’t this season fun!