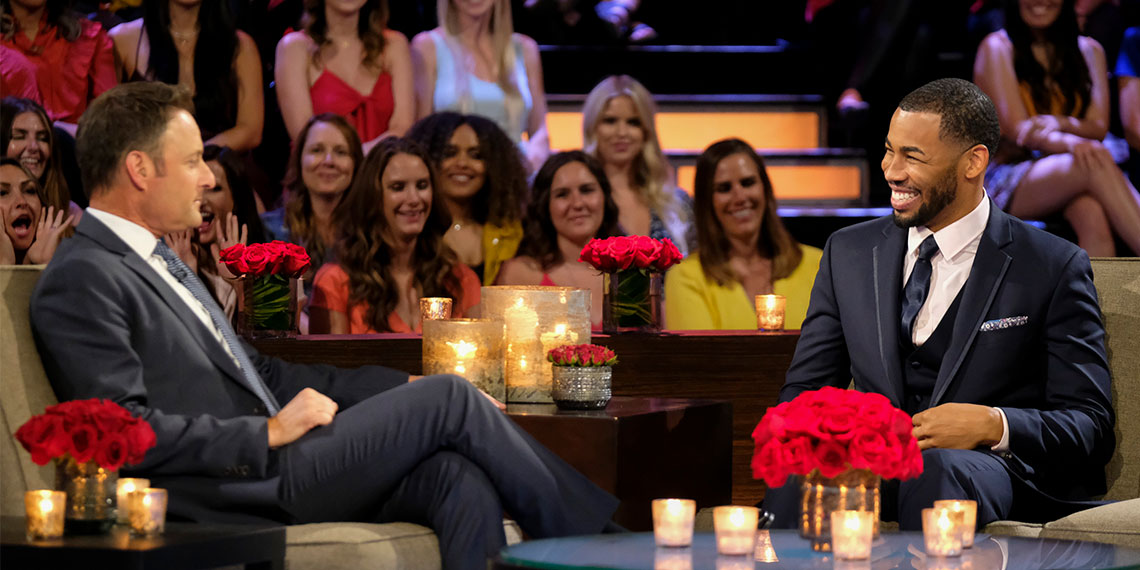 To be honest, I’m not the biggest fan of The Bachelor, but I really do love all the chaos that comes along with show. I can’t sit through three hours of limo introductions on a Monday night, but I can sure as hell read 50 Reddit threads about whose Instagram behavior is messy AF. It’s called research. Yesterday, I broke down all the crazy details about one of this season’s frontrunners, Hannah Ann, but today we’re looking into someone whom Peter sent home on night one: Maurissa Gunn.

Maurissa actually got a lot of attention on Monday night’s episode, which is why a lot of people were surprised that she didn’t stick around. But homegirl clearly had her eyes on a different, perhaps better prize: Mike Johnson. Pretty much everyone besides the conservative midwestern moms were mad when ABC passed over Mike for this season of The Bachelor, and apparently Maurissa was in the same boat. Back in November, after her brief time filming the show, she was allegedly spotted having dinner with Mike in Atlanta, which is possibly the best news I’ve ever heard. I actually gasped when I saw this photo.

This picture might be an exercise in confirmation bias, because these could literally be any two people in the world. However, we were sent this picture through someone who’s a few degrees of separation from Maurissa, so as far as I’m concerned, it’s legit.

Wow, so much to process. I guess Mike and Demi Lovato aren’t hanging out anymore, but we already knew that. Demi was actually dating another guy, Austin Wilson, for most of the fall, before they broke up in December. We only have confirmation that she and Mike hung out a couple of times, so there was probably never anything serious going on. No word on whether she and Mike have reconnected post-breakup, but for now I’ll assume that’s a no.

In the meantime, Mike has been living his life, being generally adorable, and posting Instagram ads like this one, which makes me want to slide into his DMs right now:

Bringing sexy back and happiness is my new year, new you vibe. As a #ColgatePartner I’m using @shopsmilesbycolgate’s Optic White Advanced LED Whitening System to prep and maintain my smile for the new year. It’s easy and makes your teeth 6 shades whiter after 10 min a day for 10 days 💯 Use ColgateMike for 30% off #ColgateSmile @shopsmilesbycolgate

This man can sell me a teeth whitening system any day of the week. If every influencer’s sponsored posts looked like this, I would be a lot more likely to actually buy any of the sh*t they’re shilling. But let’s get back to Maurissa. Back in September, ABC gave us a first look at the contestants on this season, and they started filming that same week. Obviously, we now know that Maurissa’s time in the house was brief, but she was determined to get the most out of her Bachelor experience.

According to an Instagram post, she was seen out with Mike in Atlanta in November, roughly two months after she got eliminated from the show, and I need to know how this came about. Did she not realize that Mike wasn’t the Bachelor until she got out of the limo? Did she slide into his DMs after she got eliminated? Did he see her DMV-looking photo on the Bachelor Facebook page and slide into hers? Did he just happen to be in Atlanta, or did he fly there to see her? Do they have mutual friends? Did they already know each other, à la Hannah Ann and Caelynn? Is she just trying to get Mike on reserve for Paradise? I have many questions, but sadly, few answers.

Other than that one photo of them at dinner together, there’s little evidence that anything else happened between them. Maurissa follows Mike on Instagram, but Mike doesn’t follow her back. I’m tempted to say that this is because men are trash, but it might just mean that they don’t actually really know each other. Either way, I doubt they’re in some kind of secret relationship.

Actually, based on her decent amount of screen time and this extra AF Instagram caption, I’d say it’s more likely that she has her sights set on a Bachelor in Paradise appearance this summer. While getting sent home the first night isn’t ideal for her Paradise chances, she seems to have made a positive impression in her brief time on the show. Who knows, she could be the next Grocery Store Joe.

“And for Pete I’m so thankful, but… thank you, NEXT.” 😉😂 all jokes aside, I am so extremely thankful for this amazing journey, and the chance to find love. Turns out Pete didn’t have what it takes to win my heart 😉 but I have faith that this journey is not over. I am confident that I will soon have the chance to experience this thing called “Love” , but until then I will continue to share my story, and empower other women to feel beautiful and confident in their own skin. It’s important to remember that before you can love someone else, you must love yourself first. One mans “No thank you” is another mans “Yes please” … I want to thank everyone for all of your love and support on my quest to find love. 💕and on that note, “Catch flights, not feelings” 😉 ✈️

Right now, Maurissa only has 15K followers on Instagram, so she has a lot of work to do if she wants to actually be a memorable figure in Bachelor Nation, but her date with Mike has definitely made me 150% more invested in whatever she has going on. You don’t need to follow her every move or anything, but don’t be all like “who??” when she gets announced for the Paradise cast. She’s one to watch, I’m calling it now. But also, Mike, if you’re reading this, just remember that my DMs are incredibly open.