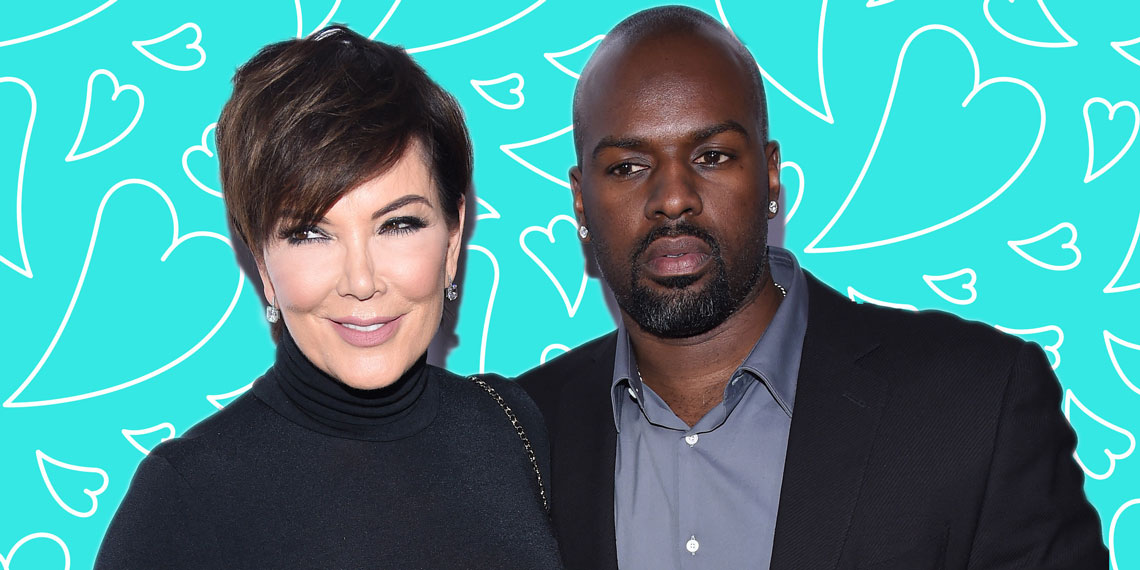 These days, we have our hands full with the trio of new Kardashian/Jenner babies, but we can never forget about the momager who started it all, Kris Jenner. While Khloé and Kylie have been dealing with newborns and baby daddy drama, Kris is out there living her best life. Our favorite reality TV star over 60 has a love life of her own, and honestly it’s fascinating. Kris Jenner has had a more robust dating life in her 60s than I’ve had in my entire life, a fact that does not bother me at all in the slightest . There are a lot of questions and rumors surrounding Kris’s relationship with her most recent boyfriend, Corey Gamble, and I need to know what’s going on. Is Kris Jenner dating Corey Gamble? These are the questions that keep me up at night. Luckily for you all and not at all solely for my own sanity, I looked into the current status of Kris and Corey (Korey? Cris? Krorey?). It’s about as confusing as the names the Kardashians choose for their children.

But let’s start at the beginning. Kris Jenner met Corey Gamble back in August 2014 at Riccardo Tisci’s 40th birthday party, which is the most classic Kardashian thing ever. Corey works (worked? do any of these people have jobs?) as a manager for Scooter Braun’s company, which means he knows Justin Bieber and thus got an invite to Riccardo’s party. Must be nice. This was just one month before Kris filed for divorce from Caitlyn Jenner, so she was clearly on the lookout for a solid rebound. Also, that’s shady now that it’s all laid out that way. It’s not clear how quickly Kris and Corey became seriously involved, but Corey was definitely in attendance at Kim K’s birthday party that October.

It wasn’t long before Corey was appearing regularly on Keeping Up With the Kardashians, and they seemed pretty happy together. We were obviously skeptical about the 25-year age difference (Corey is 37, Kris is 62), but at least Kris was doing something interesting by being the older one in the relationship. Before long, Corey felt like a normal part of the family, and as long as Kris was happy we were happy. But of course, happy times couldn’t last forever.

There was a rumored breakup back in early 2017, but things didn’t seem very concrete. But back in October, Kim posted this immediately iconic photo of Kris. Seriously, I could look at her with sunglasses, floral suit, fur, Birkin, and wineglass until the end of time. She is a queen, plain and simple. But Kim’s caption is what really requires our attention here. While the current caption on the photo is just “Caption this….,” it was originally much more interesting. When Kim first posted the photo, the caption was “Caption this….mine is SWF.” In case you’re unaware, SWF stands for Single White Female, implying that Kris Jenner was SINGLE as of October 23, 2017. That’s right, what we all just thought was a meme was actually a coded post-breakup glow-up pic.

But um…not so fast. Despite Kim’s post, which definitely indicated that Corey was canceled, he’s been spotted with Kris as recently as last month. On March 11, Kris and Corey were seen together at Tristan Thompson’s birthday party, indicating that things were still going strong. (I shudder to think that a celebration of Tristan would serve as the environment to rekindle a romance.) Hanging out at a party doesn’t mean the relationship is perfect, but I’m not even sure why Corey would be invited if he wasn’t on good terms with Kris. The momager makes the rules in this family, don’t get it twisted.

Right around that time, there were also tabloid reports that their relationship was very much on the rocks, but it seems like no one really knows. After their alleged breakup in the fall, Kris was also linked to a Nigerian billionaire, which I would very much support for her. As long as it’s not an email scam, she should really reach for the stars.

So basically Kris Jenner may or may not be in a relationship, but they were definitely partying with each other as recently as a month ago, so they probably at least send each other “U up?” texts at 3am. Whatever the actual situation is, we’ll probably find out in a few months on KUWTK. Honestly, I’m just glad Kris can’t get pregnant, because we’ve had enough Kardashian pregnancies for the next decade. Wait, she can’t, right? RIGHT??