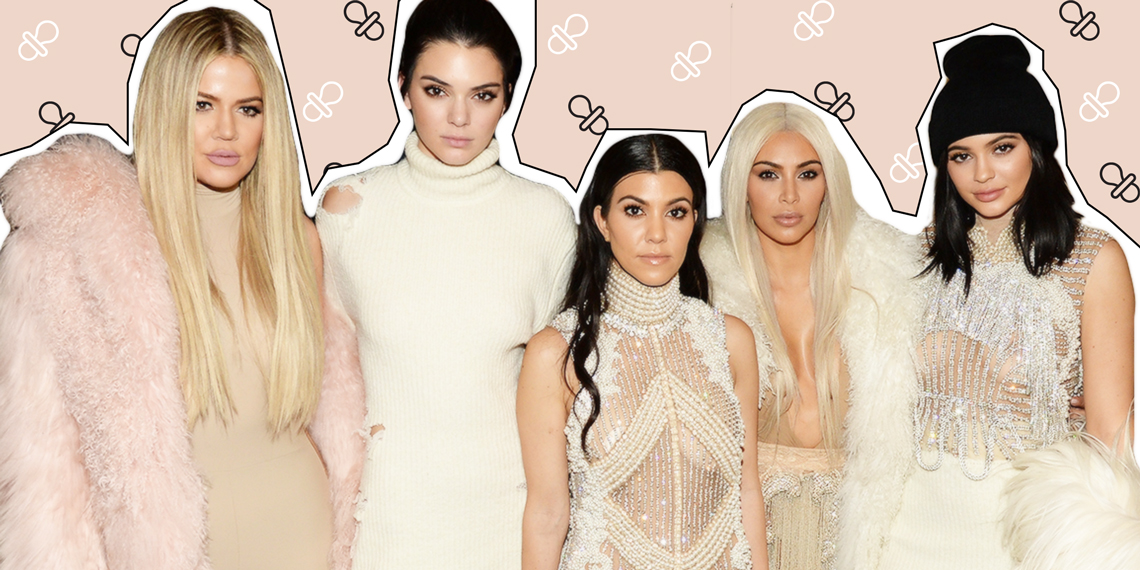 The last Kardashian baby of the year has finally emerged from her mother’s womb, wiped clean of her 24-karat gold amniotic fluid, and is ready to post her first topless pic on the Instagram account her grandmother so lovingly set up. She has been swaddled in Gucci blankets and her placenta has been commandeered by Kourtney for snacking purposes. True has officially arrived, and now it’s time for reflection. Since we have a (probably brief) break in Kardashian procreation, I thought it might be a good time to take a look back at all the Kardashian baby names from over the years and rank them.

I realize most rankings usually go from best to worst, but so many of the names are terrible, horrible aberrations that I would not even deign to name my dog (Hi Macaroni! Mommy loves you!) so “best” is really a stretch. Our ranking will go from a scale of least ridiculous to I’m sending in Child Protective Services. Let’s start the judging process, friends.

Penelope is obviously the most normal of all the Kardashian baby names, and maybe Kourtney is on to something with all that placenta pill popping, because her children have the least insane names of the bunch. It’s gotta be because they weren’t as famous when Kourt’s kids were born, right? I’m pretty sure the more famous you are, the more brain damaged you are, and therefore the more fucked up names you choose for your spawn.

Mason is also not a ridiculous name, so congratu-fucking-lations, Kourtney, you’ve impressed me and not made me want to jump out my window. But, I was poking around the internet trying to see where she got it from, and I stumbled upon an article in the Daily Mail that said Mason means the same thing in English that Kardashian means in Armenian. What a beautiful sentiment, Kourtney. But also a little weird because Mason’s middle name is Dash, after David Schwimmer (her dad), and a part of the name Kardashian. I like that she’s honoring her dad, especially since no one else seems to give a shit, but it’s a little redundant, no?

This is where it starts to go off the rails for Kourtney. Reign is not a name. Reign is something a king or queen does. Your child is not royal, just the product of unprotected sex between the 4th best sister on a reality TV show and a basic white dude from Long Island. Prince George would spit in your face, Reign, and make you carry his knapsack like the peasant you are. Although, I guess Reign is descended from a Lord…

I don’t even like the name True, so that’s how you know what absolute dumpster fires I think the other names are. This name is bad, but I’m gonna give her a break because this poor baby girl is going to have other things to worry about. Like the fact that her dad’s a cheating sack of shit or that she may or may not share DNA with the most famous murderer of the 90’s.

I mean, Dream Kardashian is the product of a famous stripper and a man whose greatest accomplishment is the fact that his mommy bought him a sock company, so tbh this could be a lot worse. I guess it’s like how my lawyer friends use the “Supreme Court Justice” test to give their kids names that would be appropriate on the bench; Rob and Chyna did the “Las Vegas Strip Club” test to give their kid a name that would be appropriate on the pole.

Naming your kid Saint puts quite the expectations on them. Saints are holy, they live a life inspired by Jesus, they make sacrifices to help those less fortunate than themselves. They most certainly do not fly in private planes, have their diapers changed by a team of night nurses, and a mother that got famous because of a sex tape. Or wait, is that Mother Teresa’s origin story?

CHICAGO IS A CITY. IT IS NOT A NAME, YOU MORONS. It’s windy, cold, and filled with murder. I don’t care if that’s where Kanye is from, that’s not lovely imagery to associate with your brand new bundle of joy. Like what could have possibly possessed these morons to name their daughter Chicago? Did she look like a deep dish pizza coming out of the surrogate’s birth canal? It’s the only explanation.

Ding, ding, ding! North West, you are the winner of the fucking worst Kardashian baby name award! You get a blue ribbon, latent rage toward your parents, and a never-ending parade of expensive psychiatrists. I also was not even kidding about this ranking system, I legit called CPS on the Wests when I heard this name. Apparently they “have better things to do,” and “don’t appreciate prank calls.” Well CPS, I was deadly serious. This is a living human, they should not be allowed to give her a name that is basically a joke. If you want to give something a punny name, get a goldfish for fuck’s sake.

We’ve reached the end of our ranking, and honestly, that was exhausting. I guess in the end it doesn’t really matter what these children are named, they’re growing up on reality TV and being raised by plastic surgery-obsessed narcissists, so their mental health issues are inevitable. This family should have been sterilized.