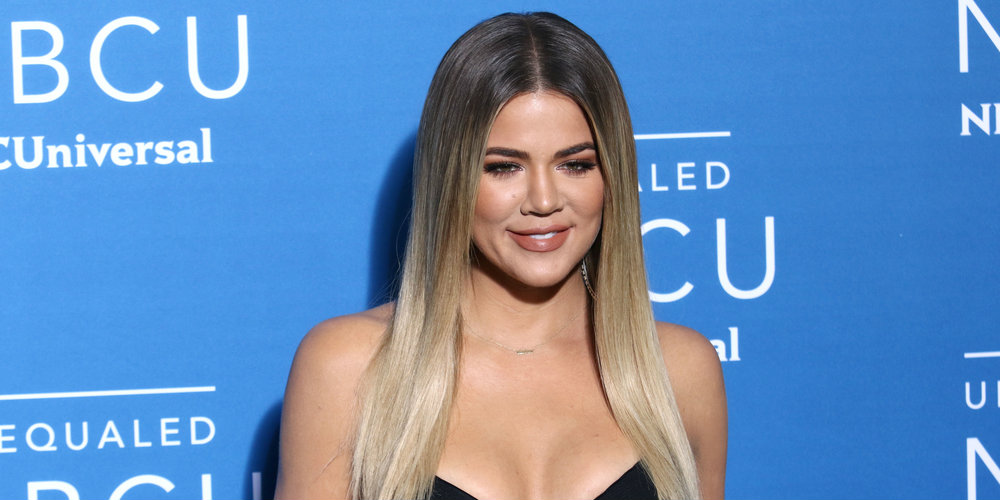 Last night was a momentous night in television. It was the 90th annual Academy Awards. We were all focusing our attention on the gowns, the speeches, and the (alleged) sexual predators. After last year, anything was possible and it was all exciting. But you know what no one was focusing all their attention on? The Kardashians. And they will not stand for it. It’s not like it’s 2004 for God’s sake. So naturally, Khloé had to announce her baby’s gender, and oh yeah, it’s a girl! Thank you, Khloé, for ripping me away from my favorite night of the year judging beautiful people from my couch in a dirty sweatshirt. Now would be a good time to remind you all the Kylie confirmed her pregnancy hours before the Super Bowl. Is no American TV pastime sacred to these people?

It had been reported by many outlets, including US Weekly, that Khloé was having a boy. All of the new stories conveniently forget to mention that fact. It’s cool, I’d also rather die a painful fiery death than admit that I was wrong about something like when The Bachelor airs. So I get it. I’m just saying don’t go to Vegas any time soon, US Weekly. You had one job.

On last night’s episode, Khloé’s doctor told Kylie that Khloé was expecting a girl. Kylie then created a gender reveal cake, and by “created” I mean she probably had a team of unpaid interns do all the work while she took the credit. Later on in the episode, Khloé told Kim and Kourtney the news. Khloé appeared to be upset, so she tweeted this after the episode to clarify:

God gives us what we need! His timing is never wrong! ???????? my hormones were IN RARE FORM for that news

Surrrree, Khloé. I am not convinced this wasn’t planned from the beginning, and I’m going to go even further and say that at least two-thirds of the recent Kardashian babies were planned to be girls. As Amy Schumer says, the Kardashians are women that take their original faces as a light suggestion. You think they’re going to leave gender to chance?

As a freelance writer who, in one scarring moment, skimmed my friend’s copy of What to Expect When You’re Expecting, I’m uniquely qualified to examine this situation. Hear me out. Kim had a surrogate, which means they implanted an embryo. You can find out which embryos are boys and which ones are girls. They knocked that surrogate up with a girl intentionally. That’s one. Khloé has long documented her pregnancy struggles. I doubt she got pregnant this time without help. You can also choose the gender with IVF. That’s two. Kylie’s baby’s gender was probably just pure chance because I refuse to believe that any 20-year-old with talons for nails actually wanted to have a baby, let alone went through the process of making sure it’s a girl. Look, I’m not saying you have to believe me, but if you don’t, Kris Jenner definitely made a deal with the devil and that’s far more concerning.

Now that we know the baby is a girl, I might have to re-evaluate my baby name predictions, which I foolishly based on shitty reporting. Now, I wonder what Kris has to do to ensure that the baby gets Khloé’s post-surgery nose? Time will tell.