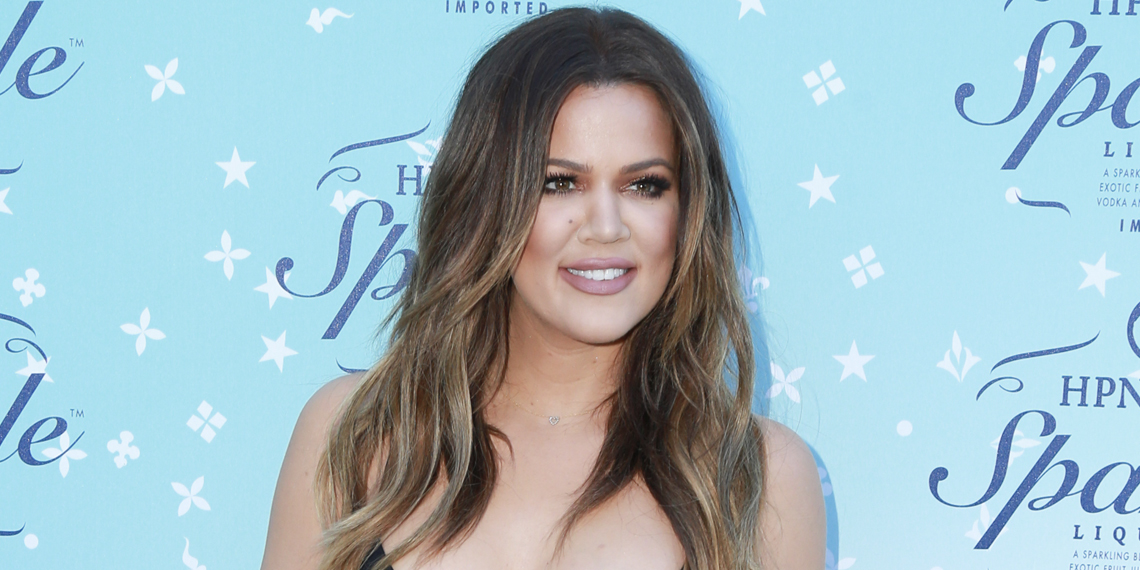 Friends, praise Jesus because we have made it into the home stretch. Two out of three Kardashian babies have been born, and unless Kris Jenner figures out how to go back in time and get OJ to knock her up (wouldn’t be surprised tbh), I think Khloé’s will be the last one for a while. She is expecting her bundle of joy in the next few months, and since Kylie just announced her daughter’s name, it’s time we speculate on big sis’s choice. Rumor has it that Khloé’s expecting a boy, but honestly that won’t factor into my guesses too much because when has a Kardashian been bound by traditional naming convention? Despite my desperate efforts to Keep Up, I don’t personally know Khloé, so I will be making my guesses in the next most reliable way—by stalking her Instagram, duh.

Let’s get the obvious out of the way, shall we? Khloé told Ellen DeGeneres that if the baby is a boy she will most likely be naming him after his father, Tristan Thompson. A boring choice, but whatever, I can respect that. I’m also going to throw a curveball at this name and guess she adds Robert as the middle name in honor of her own father. Khloé seems to be the Kardashian most affected by Robert Kardashian’s death, and I wouldn’t be surprised if she put it in the middle spot. Khloé is also close with her brother Rob, even though he’s only worth a few million dollars and does not have a revenge body. She’s like, so generous.

Let’s be real here, this whole pregnancy is obviously sponsored by Calvin Klein (and FaceTune, but you can’t name a baby that… or CAN YOU?). First, Khloé officially announced her pregnancy wearing her carefully chosen Calvin Klein bra.

My greatest dream realized! We are having a baby! I had been waiting and wondering but God had a plan all along. He knew what He was doing. I simply had to trust in Him and be patient. I still at times can’t believe that our love created life! Tristan, thank you for loving me the way that you do! Thank you for treating me like a Queen! Thank you for making me feel beautiful at all stages! Tristan, most of all, Thank you for making me a MOMMY!!! You have made this experience even more magical than I could have envisioned! I will never forget how wonderful you’ve been to me during this time! Thank you for making me so happy my love! Thank you to everyone for the love and positive vibes! I know we’ve been keeping this quiet but we wanted to enjoy this between our family and close friends as long as we could privately. To enjoy our first precious moments just us ❤️ Thank you all for understanding. I am so thankful, excited, nervous, eager, overjoyed and scared all in one! But it’s the best bundle of feelings I’ve ever felt in my life! ❤️❤️❤️

Then, last month, the whole family lounged around in their Calvins for an ad campaign.

Our family for @calvinklein!! #ad #MyCalvins ❤️ I can’t believe we’re in a Calvin Klein campaign! So surreal!

So let me ask you this: What is the price of a baby? About the same as a national ad campaign, would you say? Did Calvin Klein just buy himself into the Kardashian legacy forever? The answer is clearly yes, but it wouldn’t be a Kardashian name if they didn’t substitute the very appropriate C for a very unnecessary K. Kalvin Kardashian Thompson, there you have it.

As we all know, Khloé’s beloved dog or “first child”, Gabbana, recently passed away. I personally understand how devastating this can be, having threatened my parents that if they ever put my dogs down I would cry a river of tears and then drown myself in them. Guess how that worked out for me? Anyway, Khloé was clearly attached to this dog, and I wouldn’t be surprised if she named her first human child after the pooch. She could just straight-up go with Gabbana or perhaps choose the name Dolce as an homage to the pup, without having to say out loud “I named my baby after my dead dog.” Much classier.

Last night my sweet Gabbana passed away ???????? She was more than a pet. She was my first child, my companion and my friend. She was incredible! She made sure I was never lonely even during lonely times. The house will never be the same. I never thought I would be this devastated over loosing a dog but 14 years, is a long time together. She filled a significant role in my life and I’m forever grateful. I love you Goober!! I’ll remember you always! ????

My final baby name guess for Khloé is America. The Kardashians have never met a promotional opportunity that they did not milk for all it’s worth, baby or not. Khloé’s clothing brand is known as Good American, and why wouldn’t you name your baby after a line of waist-cinching bodysuits? The Kardashians have also proven they’re interested in location-based names, with the recent addition of Chicago West to the brood that already included Penelope Scotland Disick. God bless America (Thompson), and God bless us all.

Whatever name Khloé does choose, we’ll certainly be hearing it for the next 30 years. Fingers crossed it’s not something my phone autocorrects as much as Khloé.