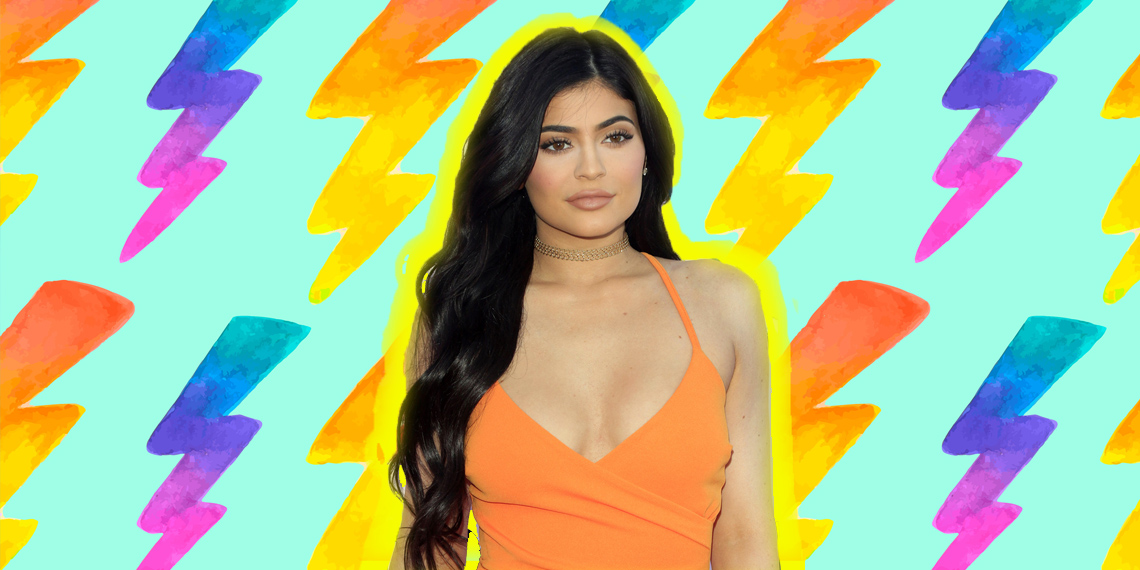 It’s a dark and stormy day in NYC. They’ve forced me to come to work for the fifth day in a row, and I just ventured out into the bomb cyclone to get a salad that was most definitely not worth it. Things are looking bleak. So, imagine my delight when I realized Kylie Jenner sensed my distress and blessed us with the first full length photos of baby Stormi Webster. YESSSS. Let’s break down these latest Stormi pics. My day, it has been saved.

First, we can officially confirm Kylie did indeed give birth to an entire child. I was concerned after seeing her first photos, since we could only see the top half. I guess it’s the most Instagrammable half? Either that or Stormi has such a tiny butt it will bring shame down on the entire Kardashian family.

With that out of the way, I feel the desperate need to point out the talons on our young mother. Look, on one (literal) hand I appreciate that she’s not even pretending like she’ll ever change a diaper in her life. Much like other (albeit childless) girls her age, Kylie is not about that diaper life. On the other hand, isn’t she concerned about impaling the child? I’m afraid to breathe wrong around my friend’s babies lest I accidentally kill them, and my fingernails are not even carefully sharpened into little weapons. Seems dangerous.

Let’s also examine the outfits going on here. I give Stormi’s jumper two enthusiastic thumbs up. Looks comfy, love the ears, great muted color palette. I’m here for it. Yo Pottery Barn Kids, can you make that in my size?! Oh, wait, it’s custom couture you say? Fuck this kid.

I don’t quite understand what’s going on with Kylie’s look, though. I mean, props to her for looking so good one month after baby. I have zero children and one very expensive membership to my local barre studio and I only look like that on the vision board I hide in my closet. But seriously, what is that pattern on her sweatsuit? Is it leaves? Is it more fucking butterflies? Are those sticks? I hope to never know. And finally, I take issue with Kylie’s sneakers. Are those orthotic-looking lumps really going to be cool now? The world does not need the micro-sunglasses her family is pimping out, and it certainly does not need my grandma’s sneakers. I’m not even kidding, my Nana really was wearing these shoes the last time escaped from her nursing home.

Even though Kylie was extremely private during her pregnancy, which I’m sure was because she wanted to keep this special time to herself and not at all about building hype and anticipation, I doubt she’ll be able to keep it up much longer. In the month since giving birth, Kylie has already released a makeup collection inspired by Stormi, and now she’s posted these pictures. I have a feeling this is the beginning of Stormi’s official publicity rollout. What do we think is next? I have money on a Stormi-inspired clothing line, a modeling campaign, and baby lip injections with it all culminating in the arranged marriage to adorable baby mogul Asahd Khaled.