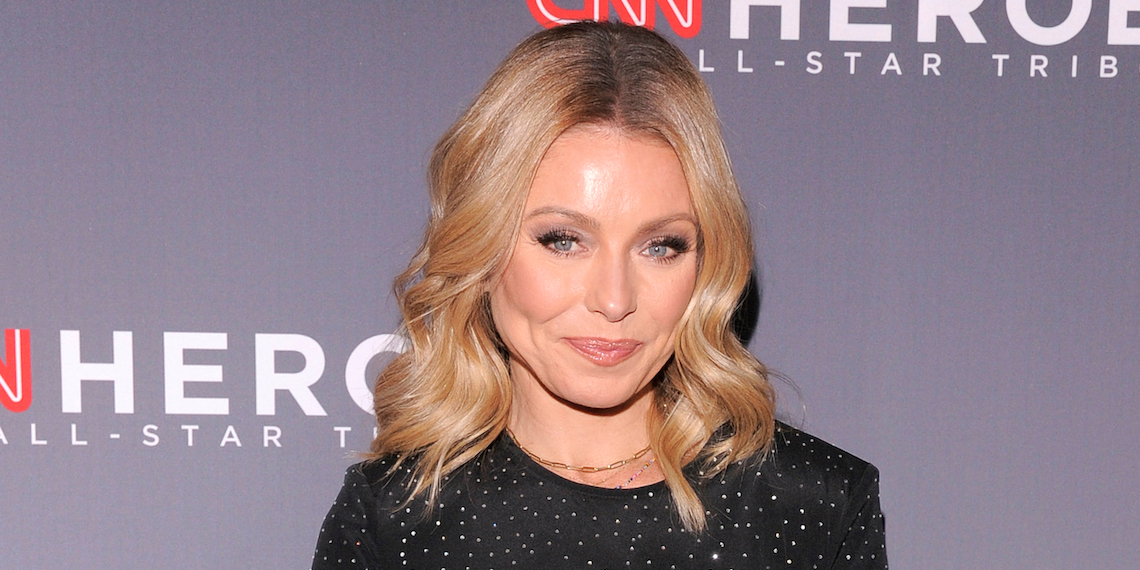 Kelly Ripa Is In A Feud With ‘The Bachelorette’

There’s nothing I love more than a completely random celebrity feud. I mean, Lala and Randall vs. 50 Cent was undoubtedly the highlight of my year so far. So naturally, I was delighted this morning when I opened Twitter and was immediately greeted by Chris Harrison, our beloved captain of the Bachelor ship, throwing shade at Kelly Ripa. The decision to come for Kelly Ripa is pretty dangerous—the woman is an angel! So what went down, and why can’t our favorite hosts just get along? Let’s unpack.

Look out #BachelorNation ⁦@KellyRipa⁩ is coming after you and your “disgusting” Monday night habit. https://t.co/pcAw0MtPOr

On Tuesday’s episode of Live With Kelly & Ryan, Ryan Seacrest announced that Hannah Brown, this season’s Miss Bachelorette USA, would be a guest on their show later in the week. The audience was excited, but Kelly Ripa, not so much. At first, she was confused, saying she thought Cassie became the new Bachelorette because she didn’t get engaged to Colton last weekend. Lol. That’s like me trying to ask my coworkers questions about Game of Thrones.

But then Kelly got into her feelings about The Bachelor in general, saying “You guys, you know how I feel about the show, it disgusts me. I can’t stand the idea of 25 exceptional women fighting over one ordinary fella, in my opinion. You know how I feel, ladies, we are too special to be arguing over a guy.”

The studio audience loudly applauded after she said this, and she’s not wrong. After Ryan gave a little more background on Hannah B. and the guys on her season, Kelly added that she thinks the whole thing is “creepy.” Honestly, I can’t really argue with her there. Of course, everyone is on the show by choice, but the producers repeatedly let these women down by bringing them contestants who are jobless, problematic, and in some cases, literal sex offenders.

This week isn’t the first time that Kelly Ripa has expressed less than positive feelings about The Bachelor. After her comments on Tuesday, Arie Luyendyk Jr. posted a screenshot on his Instagram Story from March 2018, in which Kelly says that she thinks guessing Arie and Lauren would stay together for 100 days is “being generous.”

While I have to laugh at Arie being so butt-hurt about this over a year later, I gotta say that this comment isn’t a great look for Kelly. She’s not hurting anyone, but it’s a little mean-spirited. Overall, I largely agree with Kelly Ripa that The Bachelor is a flawed system, and that it doesn’t usually bring out the best in its contestants, but Arie and Lauren are married and about to have a baby, so she was wrong here.

But after all this, I’m still most intrigued by the mildly threatening tweet from Chris Harrison to Kelly Ripa. I mean, it’s fine if they don’t like each other, but Chris is acting like he’s about to unleash Bachelor Nation on Kelly like a pack of dogs. Kelly is still having Hannah on her show, so it’s not like The Bachelorette is getting no publicity from her. But even worse, Mike Fleiss also jumped in with another vaguely threatening tweet directed at Kelly Ripa.

I’ve gotta say, these men getting this worked up over a few comments from Kelly Ripa is pretty hilarious, but they need to cool it with the threatening tone. Regardless, this feud is the most alive I’ve felt since that brief moment in time when Khloé Kardashian was briefly in a feud with Mike Fleiss. There’s no mess quite like a Bachelor Nation mess.