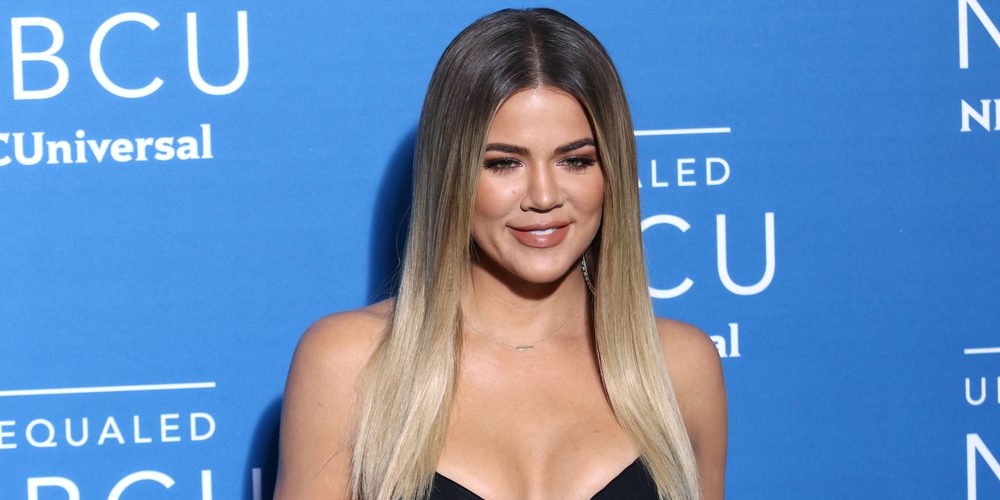 A Brief History Of Khloé Kardashian’s Feud With ‘The Bachelorette’

With the entire mess that is Jordyn-Tristan-Khloé-Gate that was last week, poor Khloé hasn’t even had a minute to get her life together after her family blew up in flames. I take all of this bullsh*t as a personal insult because Khloé has long been my favorite and also, she just does not f*cking deserve this. We knew Tristan was a POS but it truly came out of left field that Kylie would be betrayed by her best friend/sugar baby. And Khloé treated this woman as a sister and let her star in her Good American ads! She is just trash. Throw them both away!

Okay, rant over. That said, Khloé is obviously going through a horrible breakup. She is dealing with a lot. She is probably not thinking about dating, likely ever again. But when the fog clears and she decides it’s time to move on with her life, would she be interested in doing The Bachelorette? Actually, I’m pretty sure we started this rumor.

But could it happen? In short, no. Over the weekend, the Kardashians took aim at The Bachelor creator Mike Fleiss for continuing to push the narrative that Khloé Kardashian would be the next Bachelorette.

When this rumor blew up, Khloé kinda lost her sh*t a tiny bit, which, like who can blame her. I would have definitely murdered Tristan by now and probably Jordyn too just for good measure. Kudos for your self-control, Khlo! Khloé was (rightfully) super f*cking pissed that Tristan is still warm in his grave, and they’re already trying to get her to date publicly. It’s obvious Mike Fleiss is adding fuel to the fire just to market the show. In texts to Kim and Kris, Khloé said the following:

First of all, who puts their own immediate family members in their phone with their first and last names? I’m convinced this group text screenshot is fake. Regardless, it doesn’t seem like the Kardashians are on board with this idea. And, I mean, why would they be? They already have their own reality show, not to mention, Fleiss could not afford them. They charge hundreds of thousands of dollars for one Instagram post; how much do you think ABC would have to pay to get Khloé to agree to be on The Bachelorette?

On Friday, Khloé effectively put the Bachelorette rumors to bed, tweeting this:

I’m not fucking clickbait right now. Stop or you will be hearing from my lawyers. How insensitive!! https://t.co/vTKi83nLUJ

Is the timing insensitive? Okay, sure, yes. We’re all here for the jokes and the memes, obviously, but it’s easy to forget that Khloé is actually going through one of the worst betrayals a person can experience. That being said, this reaction seems a little over-the-top. I’m not a lawyer, but I do troll r/legaladvice from time to time, and I’m pretty sure you can’t be sued for this. If tweeting out your dream cast for your favorite reality TV show is a crime, I would literally be in a maximum security prison by now. Mike Fleiss, legal expert, tends to agree with me.

You can not be sued for trying to help somebody find true love… Just sayin’. #TheBachelorette

Right, that’s exactly what I’m sure he will tell the judge if the Kardashians do, in fact, hit him with a cease-and-desist.

But even though Khloé has effectively quashed these rumors, Mike Fleiss is not letting it go. On Monday, even after being threatened with legal action, he posted this tweet:

Also, cast your votes for our next #TheBachelorette … (I’d assume @khloekardashian is no longer interested).

So, like, while Mike Fleiss is probably not a criminal (at least, not for this), he is annoying. Let it go, dude, the joke is over. We’ve moved on to other things. But also, never in the history of The Bachelor has Fleiss ever taken the viewers’ desires and preferences into consideration! Let’s not pretend like this is a real poll. However, since I had the time, I definitely threw in my own choice into the ring…

So, is Khloé Kardashian going to be the next Bachelorette? No. But here’s why I think she should really consider doing it anyway. If someone could pass along my below essay to Kris Jenner, it would be greatly appreciated.

Between KUWTK, Kocktails with Khloé, Revenge Body, and a zillion other spin-offs, Khloé is no stranger to being on TV and she definitely loves the attention. She would be totally comfortable as the Bachelorette and I think she’d really enjoy grilling men on camera and weeding out if they’re there for the right reasons. Plus, she’d get to travel and have fabulous dates. It seems to be everything up her alley.

Her Mom Is A Super Fan

Kris Jenner is a known superfan of the show, she even was on Bachelor Live! and was supposed to be on After Paradise to discuss the show. Kris would be totally for Khloé being the Bachelorette and as her momager, could negotiate a pretty sum for it I’m sure (and take 10%). In fact, three years ago ET actually asked Kris which of her daughters would do The Bachelorette. She said, and I quote, “one of the younger ones” but also “Kendall wouldn’t do it”, and Kylie is happily (?) coupled off, so that leaves the next youngest option… Miss Khloé Alexandra Kardashian. Kris Jenner even said that she could talk them into it if she wanted to. So….

She’ll Do Anything For True Love

Looking or a fiancé on TV is definitely not the craziest thing Khloé has done in the name of love. She tried to make it work with Lamar, from his drug use to his lying to his cheating. She stayed with him and said nothing to anyone about it. Then when she finally left, and he overdosed in a brothel of all places, she went back and tried to make it work again! Khloé is a goddamn saint, but also very, very dumb (and I mean that in a loving way). And even with Tristan, World’s Most Hated Man Right Now, he cheated on her when she was about to give birth in a totally public and degrading way, and STILL she stayed and tried to make it work for months. So, The Bachelorette seems pretty tame in terms of what she’ll go through to be in love. Also Khlo, if you’re reading this, just like, girl to girl here. If he cheats, LEAVE HIS ASS ON THE CURB. No exceptions. He’s not gonna change.

Her Name Is Already Ruined

I like how Khloé’s reasoning for not doing The Bachelorette is the “respeck” on her name. Khloé, I hate to tell you, but literally the Kardashian name is the butt of every joke ever. We all remember Kim’s sex tape and you guys are famous for having unnaturally large asses that you lie about being made entirely by squats. I highly, highly doubt that the shame to the Kardashian brand would be The Bachelorette. You guys are invincible at this point.

Khloé, whatever you decide, we’re here for you, but I would personally love if you were The Bachelorette. I cannot take any more blonde robots named Lauren on the show, I just can’t.