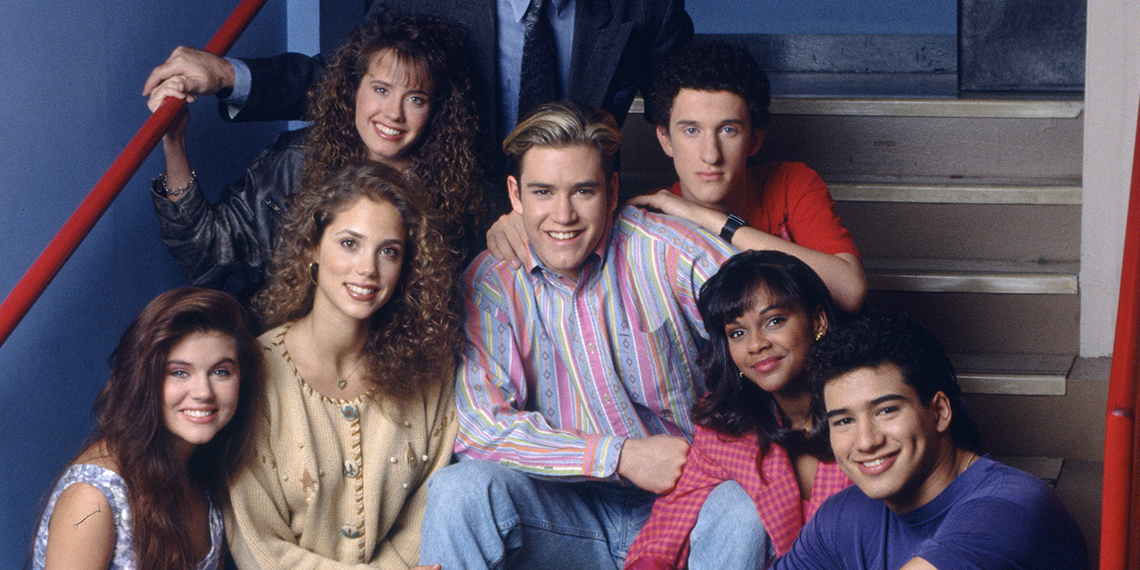 Is ‘Saved By The Bell’ Getting A Reboot?

Is Saved By The Bell getting the reboot treatment? That’s the word around the halls of Bayside High, at least. At Fan Expo Canada this past weekend, some cast members from the hit show that ran from 1989-1993, then again for the college years spin-off from 1993-1994, teased the possibility of a remake. Mark-Paul Gosselaar, Mario Lopez, and Elizabeth Berkeley, who played Zack, Slater, and Jessie, respectively, all teased the idea of a Saved By The Bell reboot, saying they’ve heard inklings of it. “There’s talks, there’s always talks. I just heard recently there’s talks,” Mark-Paul commented before Mario mentioned they’d obviously have to do something to account for their age. Elizabeth remarked they’ve yet to be brought a fully realized idea, but it’s something they’d all like to do.

The fact that the whole cast is down shouldn’t surprise anyone, since you’d have to be an idiot to not take a job that’s literally being handed to you. The show concluded 25 years ago, so like, yeah Mario, they’d have to do something to account for the age…although the idea of a 45-year-old AC Slater running around in gym shorts isn’t something I’d have a problem with.

With the recent reboot of Beverly Hills, 90210 premiering as the summer’s highest rated show, it’s obvious people are thirsty to see how their favorite teenage classics would age, but with the ratings plummeting since the premiere only four episodes in, it’s probable we won’t be seeing a season two. Tiffani Thiessen, who starred as Valerie in the last six seasons of the original 90210 and as Kelly Kapowski in Saved by the Bell, has yet to even be mentioned in the 90210 reboot so far. Let’s hope this SBTB reboot gets made simply for Tiffani—she needs this! Remember when she couldn’t afford to go to prom and had to lie about washing her hair!?

As someone who fully realized he was gay watching a sleeveless Zack Morris come down the stairs of Bayside High to a yelling Mr. Belding and a very toned AC Slater, I would be lying if I said I wouldn’t watch the reboot with hopeful glee. The show would be a welcome career boost for the bulk of the cast, from Elizabeth Berkeley, whose biggest role since Jessie Spano was a nine-episode stretch on CSI: Miami; Lark Voorhies, who has only had a handful of guest spots since being Lisa Turtle; to Dustin Diamond, who released his own sex tape in 2006 (disgusting, by the way—don’t even bother). I kind of doubt Dustin would be invited back, though, considering he released a tell-all book, Behind the Bell, that painted himself and his cast members in a very negative light. It alleged things like Mark-Paul using steroids, Mario assaulting a woman, and Dustin himself peeing in an extra’s purse for embarrassing him on set. Mark-Paul denied the book’s claims in an interview shortly after its release but it seems like it would be a pretty awkward first day for Screech!

Other cast members including Mark-Paul Gosselaar have had rather illustrious careers since their teenage roles on the show. Mark-Paul has starred in several long running shows from NYPD Blue and Franklin & Bash to the new Fox sitcom Mixed-ish, a spin-off of Black-ish, set to premiere at the end of this month. Mario Lopez has made himself into quite the reality TV personality, hosting The X-Factor in 2012-2013 to coming in second on ABC’s Dancing with the Stars, to reportedly soon taking over as host for Access Hollywood. Tiffani Thiessen, who no doubt is watching the 90210 reboot with a Tori Spelling voodoo doll in hand, has scored several acting roles as well, most recently starring in Netflix’s Alexa & Kate in 2018.

Whether or not the reboot is actually on the table is a mystery, but I imagine it would look something like an episode of The Real Housewives of Orange County, with lots of yelling, secret feuds, constant relationship swapping, and someone getting a DUI after a parent teacher conference. (Never forget the episode Jessie got addicted to caffeine pills!) Either way, Mario Lopez’s arms will forever be the star, and that’s something we’ll hopefully never lose.