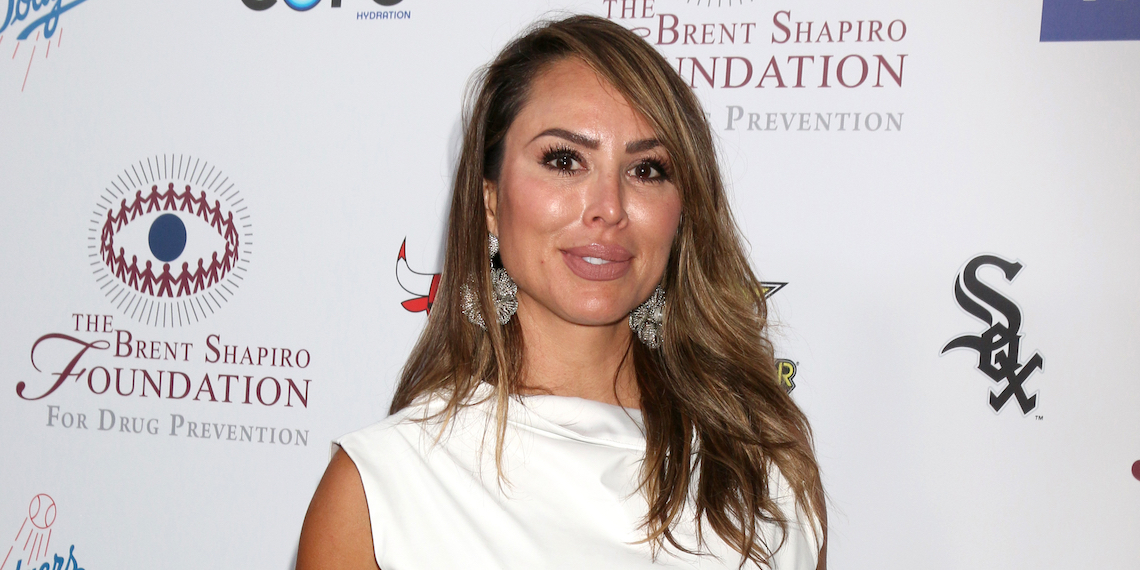 Kelly Dodd Is Saving ‘The Real Housewives Of Orange County’

Kelly Dodd is saving The Real Housewives of Orange County from extinction. There, I said it. This may be considered a hot take, but I warned you (and the title should have, too). Is she incredibly polarizing? Yes, but only when provoked. Over the years, we have seen her lash out and say things she later regrets, but we have also seen her be an incredibly loyal friend and a great mom to her daughter, Jolie.

We first met Kelly when we were coming out of a season that was filled with cancer scams and victim mentalities. And in my opinion,  RHOC had become stale. There wasn’t a stable cast, Vicki was still the queen bee, and Tamra—who was always the one we could trust to stir sh*t up—became a born-again Christian. RHOC became something I put on in the background while I sat on my phone and played Candy Crush. But when Kelly Dodd came in with her bold red lip (it is a MAC lipstick called Lady Danger, for those wondering) and dirty dad jokes, I knew we had something good.

New Housewives usually come in either too nice and trying to befriend everyone, or they’re boring and are what I call “one and dones.” But not Kelly. At first, she quickly befriended Vicki, which was a bold move considering Vicki had isolated herself from the rest of the ladies by kind of participating in a cancer scam. But Vicki was the only one (except Meghan King Edmonds) who was open to meeting a new friend. And then, not even five episodes into her first season, she screamed at Shannon Beador and called her “Mrs. Roper,” and I remember pausing it in total shock that a new Housewife would come in so hot. Guys, I was hooked. I hadn’t seen this kind of energy from a newbie in a long time. And she wasn’t afraid to defend herself against a fan favorite.

Kelly just brings a new and sometimes chaotic energy to RHOC. She kind of has a Ramona Singer-esque quality about her that I just can’t quit. She says outlandish, sometimes hurtful things, then apologizes, and I can’t stay mad at her. Bethenny always said that about Ramona: you just can’t stay mad at her, no matter what she does. And we all know Ramona has done some sh*t.

Kelly Dodd joined the cast married to Michael. We watched as she struggled with her marriage, and we saw how unhappy they both seemed to be. She tried to figure out if she wanted to get a divorce, and ultimately made the decision to split. I think I was as surprised as everyone else when we saw how easy she and Michael made it seem. Michael and Kelly both moved on, and were both OK. And that was a big juxtaposition from watching Shannon and her divorce. I loved seeing a woman make a really hard decision, but the right one for her and her family, then come out the other side loving life post-divorce. It wasn’t this scarlet letter or embarrassing failure some women on the show paint it out to be. Granted, everyone has a different situation, but nonetheless I really enjoyed it. It was refreshing.

I knew we had a legend on our hands last year, when Kelly took to Instagram live to film herself in the parking lot of an Orange Theory waiting for Heather Dubrow to leave, and Heather wouldn’t stop talking and she didn’t want to walk in with her standing there. It was seriously iconic. Kelly and Heather butted heads Heather’s last season when Kelly called Shannon a c*nt, and in Ireland when Heather continuously called Kelly trash. I think one of the things that makes Kelly different from some of the other Housewives is she doesn’t intentionally hurt anyone. She simply reacts. Every time we have seen her lash out, it was because she was backed into a corner. Which TBH, we have all done.

All I can say to wrap this up is as soon as Kelly joined, I look forward to RHOC again. I can always look to her for drama, fashion, and her “I don’t give a f*ck” attitude. Also, with Vicki’s demotion to “friend of,” that makes room for a new leader. And that is Kelly Dodd.

Images: Shutterstock; Giphy (2)
Betches may receive a portion of revenue if you click a link and purchase a product or service. The links are independently placed and do not influence editorial content.