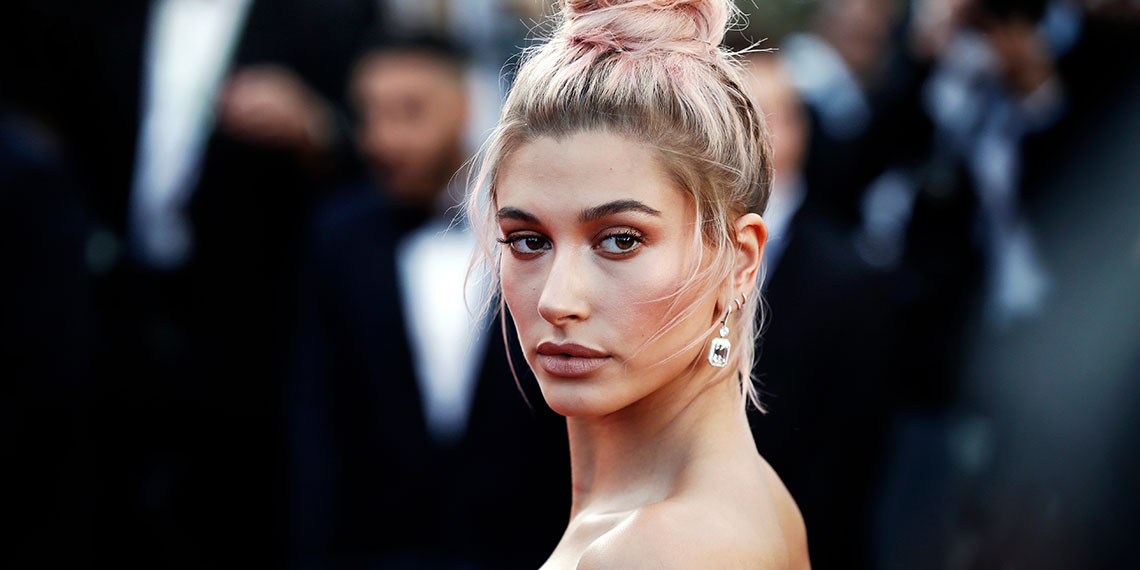 Hailey Bieber Is ‘Too Tired’ To Throw A Party, And Same

If there is one adjective I’d use to describe all of us, as a collective species, in 2019, it would be tired. No matter if you’re rich, poor, conservative, liberal, male, female, we can all agree that we are just exhausted—physically, emotionally, spiritually. Show me someone who can’t relate to one of those “I haven’t had a good night’s sleep since 2008 memes” and I’ll show you either a speed addict or a liar. Even celebrities are tired, apparently! That’s evidenced by the fact that Hailey Bieber (gotta get used to that), who just turned 23 today, revealed in an interview with Highsnobiety that she would have thrown a blowout birthday party, but she’s simply “too tired”. Now, as much as I want to come for her, I’ve got to say, the girl has a point.

Upon the interviewer remarking that today is, in fact, Hailey’s birthday, Hailey says, “It’s my Jordan year. I’m turning 23 (today, November 22), and I had this idea where I was going to throw a Jordan party and everyone would have to wear Jordan.” Sounds both literal and expensive. E! News reported on Mrs. Bieber’s initial party plans in an article called “Hailey Bieber Is ‘Too Tired’ to Throw a Party For Her 23rd Birthday”, remarking, “‘Jordan year’ is in reference to famous basketball player Michael Jordan whose number was 23 throughout his career. Who knew Hailey was such a sports aficionado!” To which I have got to say: no, she is not a “sports aficionado”—that’s like me saying that knowing Derek Jeter used to play for the Yankees makes me a baseball connoisseur, or having a “22” themed birthday makes me a Taylor Swift superfan—she is simply a person who was alive when Miley Cyrus, Juicy J, and Mike Will released their hit song “23”. To which I have to add, having a “Jordan” party is very 2013.

In any case, outdated reference or not, the Jordan party will not happen because, as Bieber tells Highsnobiety, “I’m just too tired, I don’t want to entertain people.” I wanted to inquire if she would even be responsible for planning or coordinating her own party, but it didn’t even seem worth the effort. Whether she is actually organizing the minutiae of the event or not (almost surely not), she would still have to get her makeup done, show up to the party, pose for photos, socialize, and just generally be around people—feats that I think we can all agree sound thoroughly exhausting. Not to mention, Hailey has had not one, but two weddings this year, and her big blowout wedding happened just two months ago. That was basically her huge birthday party, no theme necessary.

I’ll admit, I was ready and eager to do a full roast of Hailey Bieber for these comments. Too tired to throw a party?! How will we, as a collective society, survive without what would have surely been the cultural touchstone of the century? Not to mention, doing a “Jordan” themed party where your guests are all required to wear sneakers that cost upwards of $100 is not exactly the most socially conscious or aware decision. But then again, neither is turning your baby daddy’s album cover into a theme park or having not one, not two, not three, but FOUR designer dresses at your wedding in the first place. And, I am pretty confident nobody on Hailey Bieber’s guest list would have been unable to afford a pair of Jordans, anyway. So, even though this never-realized party is not exactly groundbreaking in either theme or cultural relevance, it’s not even outlandish enough to be worth a roast.

After all was said and done (and I actually read the initial Highsnobiety interview), I wondered if E! News was giving Hailey a bit of the Emma Watson treatment. The questions about Hailey’s birthday are ordered first in the interview, but the initial interview does not position those comments—which are clearly meant as a joke, since after remarking she’s too tired to entertain people, Hailey laughs—as front and center or the focus of the piece. The title of the interview is actually, “Hailey Bieber on Calvin Klein, Her Beauty Empire Dreams & Why She Thinks Kylie Jenner Is ‘a Genius”. This stays true to what is discussed in the interview. I’m not saying that Hailey Bieber is the next Gloria Steinem or anybody, or that E! News did her a huge wrong, but the interview is not completely vapid, either. She lauds Rihanna and Kylie Jenner for creating products and brands they genuinely believe in, and expressing similar aspirations while being aware of the danger of copying existing celebrities’ brands. In other words, it’s pretty standard stuff.

Then again, when asked what matters to her, things get a little murky. She expresses the desire to use her platform for “talking to young women”, which seems like a good idea in theory, but is left extremely vague. What does that mean exactly, answering DMs? Bieber does not really expand upon this idea; she simply says, “Women supporting women has become such a big conversation but theres still so much we can do. There’s no reason there needs to be this girl against girl drama, and social media makes it way worse. There’s no reason why we cant be kind to each other.” That is all fine and good, but she offers no further ideas about what actually we can do. I’m all for celebrities taking up a pet cause, but just pointing out a (pretty mild in the grand scheme of things) problem is not actually the same as doing anything about it. I feel like, if anything, this is just another callback to Selena Gomez and her new-ish song about Justin Bieber—so, essentially, Hailey’s answer for “what matters to you” is kind of, “that people stop talking sh*t about me”. A relatable sentiment, for sure, but more of a personal problem than a noble cause.

So when all is said and done, who am I really mad at? E! News, for putting a somewhat funny and relatable spin on an otherwise meh fluff piece? Highsnobiety for asking a bunch of softball questions and then publishing that in a Q&A format, without even an attempt to synthesize all these comments into some sort of narrative? Or myself, for getting all excited to do a complete take-down, only to actually read all the background information and be sorely disappointed, and then playing right back into that with my own headline? Myself. Definitely myself.