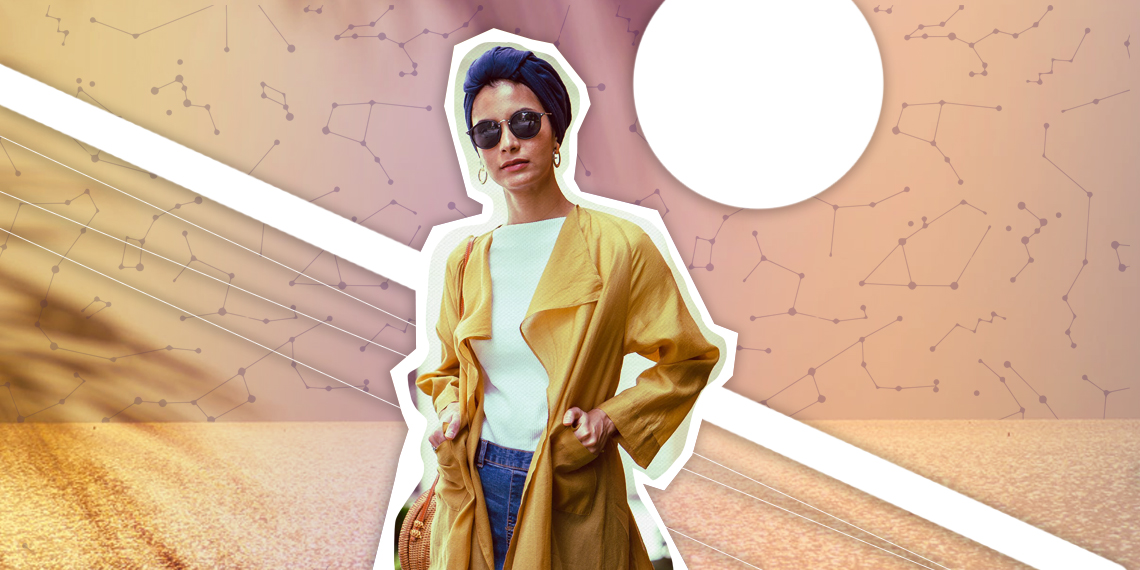 Go Vote: Here Are Your Weekly Horoscopes For November 5-9

Is it just me or is the stretch between Halloween and Thanksgiving just the worst? All you want to do is watch Hallmark Christmas movies, drink hot drinks and wear fuzzy clothing, but people still expect you to act like a functioning human and get sh*t done. Ugh, how dare they. This is all made worse by the fact that Mercury is slowing down, which can lead to some SNAFUs—like a bunch of knuckleheads getting elected on Tuesday. We’re not at retrograde status quite yet, but it’s on the horizon. Here are your weekly horoscopes for November 5-9:

Mercury retrograde starts November 17, so you’ve got some time before sh*t really hits the fan in your life. Still, you can expect some small mix-ups in your daily routine right now. Plan ahead for flat tires, late trains, and there being no Ubers or Lyfts anywhere. This is a time of year where you get really jealous of people who work from home. Oh, like, you get to wear pajamas all day and don’t have to deal with the B.O. of other commuters. Good for you.

This week seems really overwhelming at the beginning. You have a lot to get done. You’re worried about the outcome of elections in states you don’t even live in. And your diet of alcohol and leftover Halloween candy is really taking its toll on your appearance. Do a face mask. Get a good night’s rest. Paint your nails. Eat a freaking vegetable. It will all seem a lot less daunting by Wednesday.

Lucky Jupiter is moving opposite your sign for the first time since 2007. Remember 2007? You exclusively listened to pop-punk. You wore brightly colored undershirts. You had a crush on a guy in a lime green Ralph Lauren polo. It was a simpler time, a time when things were pretty good. So throw on some Fall Out Boy and polish off your white belt. It’s time to return to the good vibes of, you know, like 11 years ago.

Mercury in retrograde is definitely looming on the horizon, but you shouldn’t worry too much about it right now. This week should be a fun, playful time. Dye your hair blue. Get drunk at your Election Night party. You’ll either have something to celebrate or something you want to drink to forget. Either way, you don’t need a reason to be the drunkest girl at your own party. It’s not like you have to drive from your own couch. Likewise, getting trashed on a Tuesday is, like, good for the soul every now and then.

Your spiritual life is going to the next level this week. Uranus in retrograde brings enlightenment and ushers in changes that uncover the truth of who you are. It’s perfectly OK to let go of an old dream or life path in exchange for something that suits you better. Put all those old college textbooks on Ebay. Stop lying to yourself about being happy with your major. Stop dating finance guys who bore the living sh*t out of you. Change can be good, betch.

The power of Mars makes you a hard worker despite your best efforts to be lazy. As a Virgo, you like order and checking boxes on your to-do list. This week, though, it’s important that you allow yourself to be peer-pressured into having some fun and forgetting the list for a little while. Let your most free-spirited friend talk you into skipping class, taking a too-long lunch break, or skipping that networking event you feel obligated to attend.

Jupiter changes signs this week. It will increase your optimism about life and make your attitude to the world around you more understanding and tolerant. Wonderful. Now you’ll have the energy and mental strength to not respond to your aunt’s racist/bigoted Facebook memes. Well, maybe you can respond in a more civilized manner understanding that she comes from a place of being batsh*t crazy.

You have the Sun on your side with the energy of being the birthday betch this month. People will naturally be attracted to you. You will radiate beauty and light. Others will basically be moths to your flame. So tell your boyfriend it’s not your fault that random guys keep buying you drinks. He should take it as a compliment and be relieved he isn’t footing the bill on your getting wasted this month.

Your ruler, Jupiter, moves into your sign this week. This can cause you to feel a little more introverted than normal. That’s also to be expected as the Sun is hiding in your chart, awaiting your birthday month. Don’t worry, though. There are times when you’ll leave your shell because Venus will seduce you into socializing with others. Hopefully, Venus works her magic to get you to the polls on Tuesday. I mean, if that’s the only time you make it out of the house this week, we’ll call it a win.

There are some potentially dangerous combinations in your chart this week. Mars arouses your desire to earn money while Jupiter slips into a spiritual part of your chart, ushering in a year of self-exploration. Do not take this as sign you should become a stripper even though your women’s studies class taught you sex work is real work. That explanation will not go over well with your grandparents at Thanksgiving, no matter how much cash you’re bringing in.

Mars is in your sign this week. Your pent-up energy needs someplace to go, so it sounds like you’ll be hitting up Orange Theory more than usual. Keep your head on a swivel, though. Mercury retrograde attracts old friends from the past back into your world. This would be the week to bump into an ex or your worst enemy at the gym. I’m not saying you need to wear a full face of makeup while working out, but maybe your best Lululemon outfit, a high pony, and some chapstick will give you those “Victoria’s Secret Angel preparing for the fashion show” vibes.

This is a great week for your Pisces sense of intuition to take over. You don’t need to call all your best friends and your mom and your grandma for advice. Your inner guidance is strong. Of course, when you go vote on Tuesday, you can totally consult a voter guide before casting your vote. I mean, you wouldn’t buy a skirt without asking your friends first, so why would you go into a voting booth without figuring out where each candidate stands? You get my point.