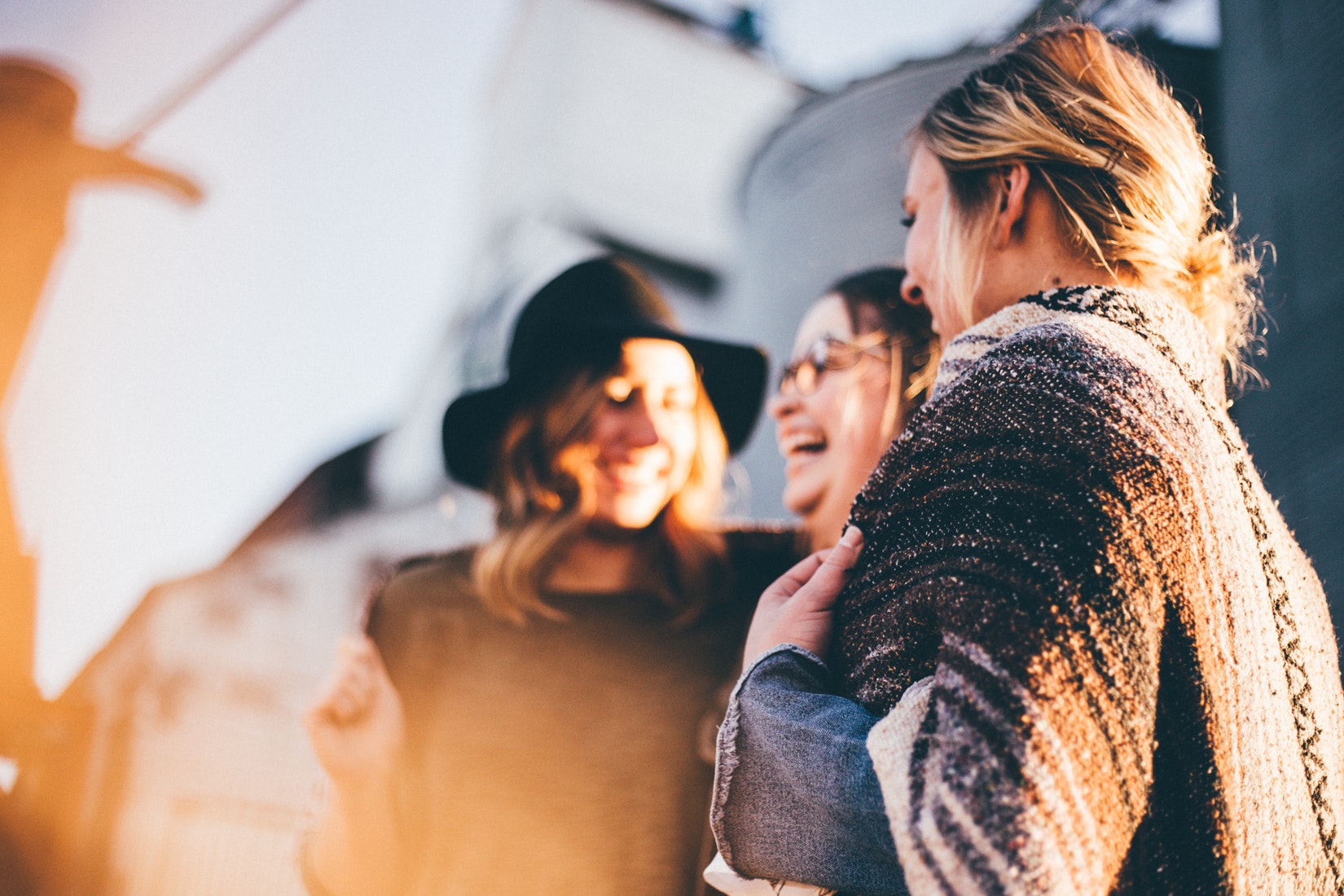 Feeling horrified, embarrassed, insulted, and generally offended are part and parcel as we trudge into the holiday season. When you stick a bunch of weirdo relatives that haven’t seen each other in a year in a small house rife with alcohol and tryptophan, it’s a recipe for frightening questions, conversations, and interactions. Whether it be your Aunt Linda constantly suggesting you’re going to die alone, or Grandpa Ralph’s troubling views on it’s important to find ways to steer the conversation back into territory you feel comfortable eating copious amounts of turkey in. So once you’ve hit Uncle Billy with an “actually memes aren’t legitimate news sources and what you just said was racist,” it’s time to deescalate and allow him the time to process the roasting he just endured. Knowing what to say to your relatives that both shuts down their bullsh*t and enables you to change the subject is a delicate art, and we’re here to help you perfect it. Here are some ways to save yourself from holiday hell no matter what your relatives might throw at you.

They Bring Up Your Ex

They Say: “Are you still dating Bill/Bob/Kyle/Chad? We liked him. You should get married.”

You Say: “Did you know that the average life expectancy of a woman goes up by 90% per dog she adopts? This is Rufus. *shows phone* He just graduated training school and he made a lot of new friends at the dog park. He also volunteers at the old folks’ home! Speaking of which, I saw they have an opening if you’re interested! I can definitely talk to them—I think they have a ground unit available with or without the emergency push button on each wall.”

Steer as far away as possible and get out of the subject! But feel free to get a jab or two in there since, f*ck that, Chad was a douche.

They Bring Up Politics

They Say: “Trump doubled jobs and is the best president we’ve ever had! The liberal cry babies are just mad they lost.”

You Say: “You know what else is the best? Thanks to President Trump and his policies, I just took up Canadian residency and I’ve become a lover of poutine. There are so many ways to prepare poutine. My personal fav is classic with brown gravy and cheese curds. What are your favorite poutines? Do you like classic or do you get wild with it? Canada has such a fascinating culture.”

YIKES. This is bound to happen, and it f*cking sucks because, especially if the convo veers into the “racism” territory, we all have to be ready to push back at f*cked up things our relatives say. And really, they’re the ones who created this awkward situation by being racist when they could have just been quiet, so no need to feel bad about putting them in their place. Try responding calmly and clearly about why what they just said is wrong, and before they can hit you with some “facts” they learned in the comment section of YouTube, excuse yourself to “use the ladies room” aka “hit your vape pen in the hall closet.”

They Say: “I noticed you’re not wearing the purity ring I got you for your 13th birthday. Have you been going to church?”

You Say: “That reminds me of a hilarious meme I saw” *shows 100 memes so that no other terrible convos can start* “Did you catch this week’s episode of 90 Day Fiancé? It really got me thinking about the passport process and how it’d be great if we could submit our own pictures, amirite?”

Oh boy.  Avoiding your more religious family members’ comments about your own devotion is like, an Olympic level Thanksgiving sport. Your 90-year-old Grandma Jesus Freak is not going to understand that for you, religion is less about “going to church on Sunday,” and more about “having visions during hot yoga.” Best to just distract your relative with memes and reality television and GTFO.

When Are You Having Kids?

They Say: “Dogs aren’t children. Your eggs are dying. Time to breed!”

You Say: “I really love not having to fork over my hard-earned money into a savings account so that a kid can waste it in college or finding themselves while abroad! On the other hand, if you’d like me to have children, I JUST opened a KickStarter you can donate to! Here’s the link.”

Talk about dogs and kitties. This is your business—no one else’s. You can shut it down quickly with a “that’s kind of private” and embarrass whoever’s asking the personal questions, or you can keep it light and ask for money for said future kid’s college fund.

They Say: “It’s TERRIBLE. The gays have taken over television and are pushing their agenda!”

You Say: “I have a gay hairdresser and he could work WONDERS with your complexion, Aunt Diane. Did you also know that there’s a same-sex penguin couple at the zoo that is raising a baby chick? Here are some pictures. Aren’t they cute? That reminds me—I hear Antarctica is GORGEOUS this time of year. You should go! I think you’d have a GREAT time.”

Yo, f*ck them. It’s 2018. Tell them to get with the program. Passive-aggressive (and straight-up aggressive) jabs are allowed. Lock eyes with your Great Aunt Homophobe and describe to her, in detail, the time in college you hooked up with a woman, keep describing it until she finally backs down and hits you with a  “let’s not get into this—there’s turkey to be eaten.” And again, the same goes for racism, sexism, or any other -ism that might pop up this holiday season.

They Say: “What are you doing at your job these days? You should have been a doctor or lawyer. What in the world are you going to do with a communications/art/history degree?”

You Say: “In my day-to-day, I spend most of my time trying to figure out how to communicate in memes and gifs. Do you know what those are? Have you seen the moth/light memes? Personally, I feel they went a little off the deep end, ya know? You know what I do love, though—the new publishing tools on Facebook. They’re really easy to navigate. Whaddya you think of them? I didn’t think I’d ever get over the new algorithms in place, but I’m starting to appreciate them, ya know?”

It’s your business. And, honestly, you probably have a 9-to-5 or a side hustle or are living at mom and dad’s. Whatever—you do you.