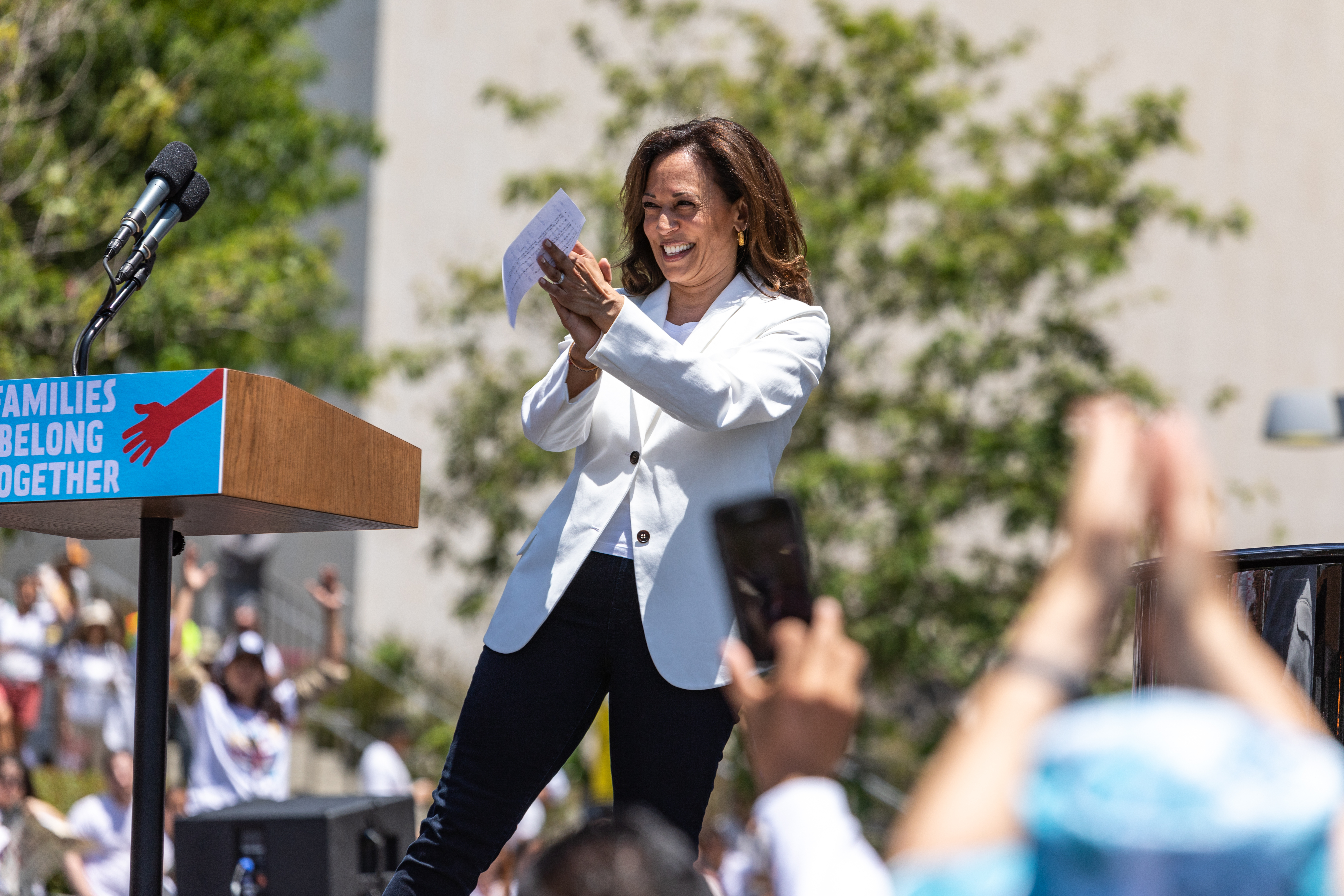 Everything You Need To Know About 2020 Candidate Kamala Harris

Just as the prophecies foretold, Kamala Harris has declared her bid for a 2020 Presidential run. She joins hopefuls Elizabeth Warren, Kirsten Gillibrand, Julián Castro, and more. We all *knew* this was going to happen but it’s like taking a test. You can have a feeling you failed but it’s best to wait for confirmation. Harris isn’t a failure, however. She’s quite the opposite. Here’s what to know about her so this weekend you can attract all the cute Kamala Harris stans at the bar and/or just generally be informed about the presidential ticket. Whichever is more important to you.

I’m running for president. Let’s do this together. Join us: https://t.co/9KwgFlgZHA pic.twitter.com/otf2ez7t1p

So Who Is Kamala Harris?

Okay, if at this point you don’t have a basic understanding of who Kamala Harris is…that’s okay but like, maybe be a little bit ashamed. She’s a California senator and former US attorney. She was born to immigrant parents from India and Jamaica. Since Day 1 she’s looked at Trump and his cabinet and given a resounding “nah.” She’s gained a lot of popularity this past year because of her performance in several high-profile Senate hearings, where she really put her background as a prosecutor on display by asking tough questions and giving no fucks. Harris announced her candidacy on Martin Luther King Day (casual) and on the same week that Shirley Chisholm became the first black person and the first woman to ever run for president 47 years ago. So yeah, I think it’s safe to say that Kamala isn’t here to play.

And What Are The Pros?

There is a lot to love about this woman. Like, she checks off a lot of boxes for our next political power crush. She thinks Trump’s wall is stupid (it is), she thinks we are facing a health care crisis (we are), and has made a point to prioritize women’s issues (she should.) She wants to get rid of assault weapons and believes in raising the minimum wage to $15/hr. Along with good political stances, she’s a no-nonsense, intelligent woman who hits the perfect balance of striking fear and inspiration in my heart.

If you want to amp yourself up for the weekend, here’s a Harris grilling Honorable Shit Bag earlier this fall.

What Are The Cons?

While it’s very exciting to have a progressive woman of color running for the highest office in the land, Kamala Harris’ history as a prosecutor is rightfully giving people pause. Not just that she was a prosecutor, but specifically has defended the death penalty in California and hasn’t diligently fought for prison reform. In fact, a lot of her career was very much supporting the current prison industrial system.

Now, that’s common for prosecutors, but it gets iffy when she starts calling herself a reformist and progressive. It’s like the real emo kids who get very suspicious when a new kid who’s never had bleached side bangs comes in wearing a Get Up Kids t-shirt all of a sudden. This doesn’t mean she can’t have changed her tune over the years – I used to think chunky highlights looked good – but she will definitely need to address the inconsistencies in her position because they’re already raising some serious side eyes for her candidacy. Luckily, Harris is like, the queen of side eyes, so she probably knows how to handle them pretty well.

If you’re ready to hop on the Harris train, check out her website. And hey, it couldn’t hurt to rep your girl by buying Shop Betches’ exclusive  Icons Tee. Just sayin’.