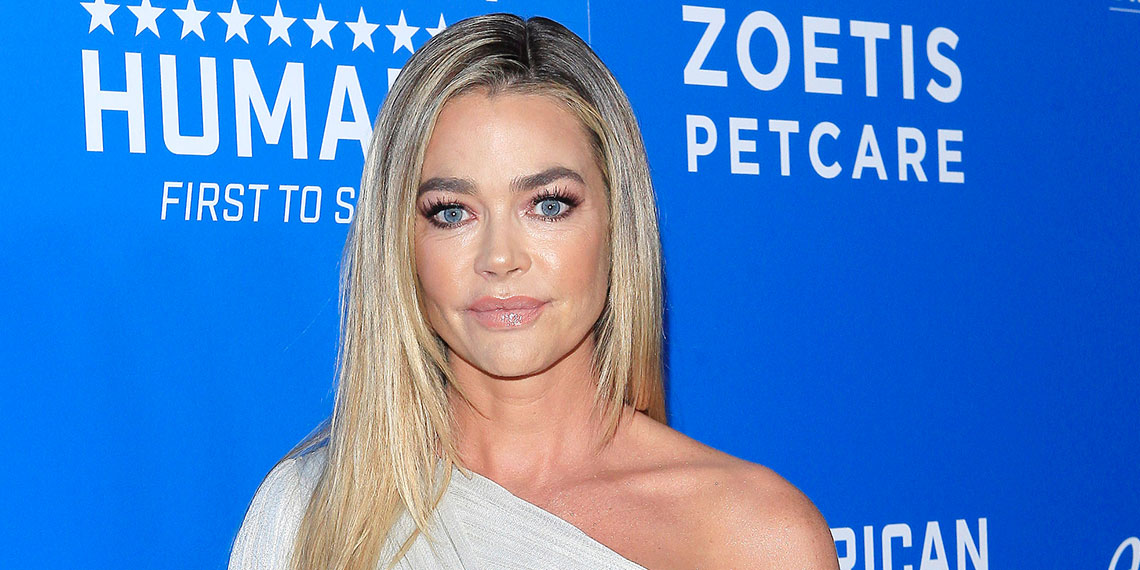 Last August, Bravo thought they had struck gold when they cast Denise Richards on The Real Housewives of Beverly Hills. For years, RHOBH had been a flagship show for the network, bringing in big ratings and consistently compelling drama. But in the past couple of seasons, the drama had become stagnant, with no one in the cast seemingly willing to hit below the belt or bring up personal issues. We even wrote at the end of the most recent season that the show had become almost unwatchable. So last year, when Denise Richards was reported to have signed a three-year, $3 million contract, it seemed like Bravo was aware of the issue, and they were bringing in a heavy hitter to stir the pot.

It didn’t really work. season 9 was better than seasons 7 or 8, but we still saw RHOBH falling into the tired pattern of spending most of the season arguing over something that wasn’t that interesting in the first place (if you don’t already know about Puppygate, don’t bother). Denise Richards brought a fresh, carefree energy to her scenes, and she was pretty funny throughout the season, but she didn’t bring the real, compelling drama that the show so desperately needed. And now, there are rumors that her three-season deal won’t quite make it that far. The Beverly Hills ladies are deep into filming for the upcoming tenth season, but word is spreading that Denise Richards might not be back full-time. A source told Hollywood Life, “Denise Richards has actually been MIA from filming a lot just because she’s so busy filming her other projects. She really loves doing Housewives but being an actress is her first priority when it comes to her career and has opened even more doors for her.”

Hmm, okay, I feel like there’s a lot going on in these comments. Of course, Denise Richards is known first and foremost as an actress, so it’s no big scandal that she’s still acting in other projects. But Housewives typically have contracts regarding how much they’re required to appear, and certain obligations that are fairly difficult to get out of (think trips, reunions, major events and parties). According to the anonymous source, Denise has “barely filmed RHOBH so far this season and missed a few events just due to her own acting career which has picked up even more since she signed on for Housewives.” While it’s plausible that a Housewife with an outside career might not be at every single lunch or girls’ night, it seems hard to believe that Denise will get to keep her RHOBH diamond if she’s really “barely filmed” like the source suggests.

Denise has already confirmed that she’ll be returning for the new season, but that doesn’t necessarily mean she’ll be back as a full-time Housewife. With the new reports, it seems plausible that she could be back in a part-time role as a friend of the Housewives. While many see this as a demotion (and in some cases, like Vicki Gunvalson’s, it definitely is), I think it might be a smart move for Denise. While many come on these shows with business to promote or aspirations to do ads for CBD oil, Denise is one of the only legit famous women to join Real Housewives, and her acting career isn’t dead, either. Just this year, she joined the main cast of long-running soap opera The Bold and the Beautiful, and she has numerous other TV and film projects currently in the works.

While I’m sure that Denise was happy to collect an easy million-dollar paycheck for Housewives, with all these other jobs lined up, it isn’t like she’s hard-pressed for cash. And though I enjoyed her presence on her first season of RHOBH, the anonymous source makes it sound like the reality show isn’t a natural fit for Denise. They said, “She kind of treats RHOBH like a set and the ladies constantly have to remind her it’s real.”  I’m dying at the thought of Lisa Rinna telling Denise Richards to snap out of it. Of course, it makes sense that there would be some kind of learning curve for doing a show like this, and not everyone is cut out for reality TV. Even though it’s not a traditional skill like acting, there’s a reason why some women thrive on these shows, and others are quickly forgotten.

But whether or not reality TV is a good fit for Denise, I don’t blame her if she would rather spend her time acting on movie sets than sitting through petty lunches in Beverly Hills. Even though she’s already signed on for the next season, it wouldn’t surprise me if she’s slowly backing away, and keeping her hands out of any messy drama. I like Denise Richards a lot, but she doesn’t need Real Housewives the way most of the cast does. Whatever happens with Denise, I’m just hoping that someone, literally anyone, brings the drama for season 10, because the show desperately needs it.