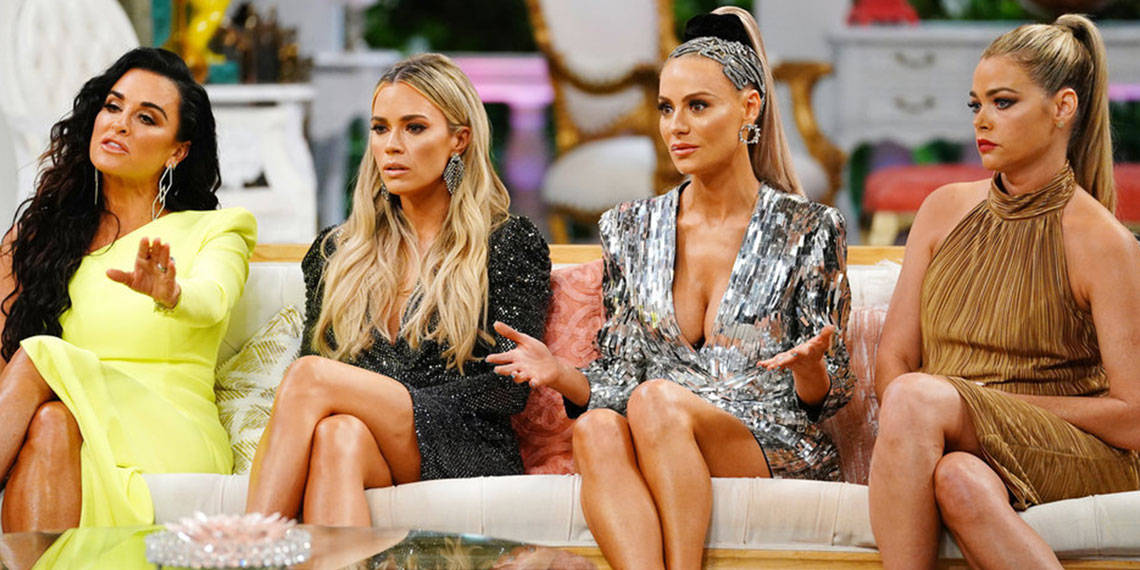 The Rise And Fall Of ‘The Real Housewives of Beverly Hills’

OK, I have to vent. I am a huge Housewives fan, probably bordering on unhealthy. But the heart wants what it wants. Last week, The Real Housewives of Beverly Hills finished their ninth season with a three-part reunion. Normally after a reunion, I feel a sense of closure or find myself Team *Insert Housewife Name Here* but this time, nothing. Completely empty. When I say that it felt like the longest season ever, that’s an understatement. Every episode felt like a filler episode. The entire season was made up of a storyline that felt so forced and over-produced, it almost made it unwatchable (I am trash so I will literally watch anything Bravo puts in front of me—even if I’m not happy about it).

At one point, these women were trailblazers. A breath of fresh air. We had a cast of complex characters who gave us wish fulfillment on a level we had never seen on a Real Housewives franchise. When Beverly Hills first aired in 2010, the Housewives were still relatively new but picking up momentum. The women didn’t know how to produce their own storylines. Instagram didn’t exist. Twitter was still so new, and no one really knew how to utilize it. All they had were Bravo blogs. It was a different time. So how the hell did we get here? How can a franchise that gave us so much betray us like this?

The Real Housewives of Beverly Hills first aired in 2010, and I specifically remember this because I had gotten my wisdom teeth out that December and watched the “Dinner Party from Hell” episode. Allison Dubois smoking an e-cig while reading Kyle Richards still haunts me to this day. What a journey that was on pain meds. Anyway, I digress.

We started out with a bang. We were introduced to Kyle and Kim Richards, who are sisters (and Paris Hilton’s aunts, NBD). We saw their complicated relationship throughout the first season and that all came to a head when the two sisters got into an explosive fight and Kyle outed Kim as an alcoholic. Everyone gasped. This was not something they had been public about or even brought up on the show until this point. We tackled the breakdown of Camille’s 14-year relationship to Kelsey Grammer. She often would project her own feelings of being inadequate without Kelsey onto the other ladies, which gave us “You’re such a f*cking liar Camille”.

As the seasons went on, we watched Taylor Armstrong (who was a main cast member since the beginning) go through an incredibly difficult time. Taylor was in a physically and emotionally abusive relationship with Russell Armstrong, and that was well documented on the show. We would often see Taylor with a black eye covered by a heavy side bang. She eventually left the show after trying to cope with her husband’s suicide and the legal troubles that followed. Adrienne Maloof’s possible surrogacy was brought up, and she threatened legal action against fellow castmate Brandi Glanville. Lisa Rinna joined in season five and repeatedly came for Kim Richards and her sobriety, claiming she was worried for her. Yolanda Hadid struggled with Lyme disease. I’m telling you, a lot has happened.

But something has felt off for the last few seasons, and during this last reunion it became very clear that Lisa Vanderpump and other cast members would often discuss what they will bring up and what not to bring up on camera, which left viewers frustrated. Understandably. And I am in no way Team LVP, but my frustration reached a serious high when, at the reunion, Andy Cohen (the king of Bravo) asked the ladies some questions about some of their own financial issues that had been going on while filming, which they never discussed. The women were quick to dismiss these claims and brushed it off. Instead of confronting these things throughout the season, we went to another Boy George concert and discussed Dorit bringing a dog to a shelter for 10 episodes. Come on. Thank god for the shady producers who blessed us with some BTS footage of a woman chasing Dorit and Lisa Rinna around a pool asking her about her ongoing lawsuits, but again: why wasn’t this shown during the season?! This is why we watch!

In the earlier seasons, the Housewives didn’t cherry pick what they wanted to show; they just lived their truths. Even though at times things could get incredibly dark, I appreciated it. They put themselves out there in a real way, showing the good and the bad. But as the seasons went on, the Housewives began to manipulate the production aspect. They started to discuss details about the upcoming season with the other women prior to filming: what parties to throw, how to perfectly time their engagements and weddings to make sure they happen while filming (or maybe aim for a spin-off). They would orchestrate drama to cause friction with the other Housewives in an attempt to make their adversaries look bad to the viewers. And even though the ratings were steady, for many viewers the franchise itself is at an all-time low. That’s saying a lot considering one of the most notorious housewives, Lisa Vanderpump, had quit and didn’t show up to the reunion. You would think when a cast member dramatically departs a show after nine seasons, we would be on the edge of our seats. But nope, we got nothing.

I really don’t know what will come of RHOBH. I am excited to see which cast members will go (looking at you Erika), and which ones will stay, and who they will bring on. It will be interesting to see the dynamic especially now that Lisa Vanderpump is gone—will they set up someone else as the protagonist? Hopefully. And either way, I will be watching. What can I say, Bravo has me in its clutches.