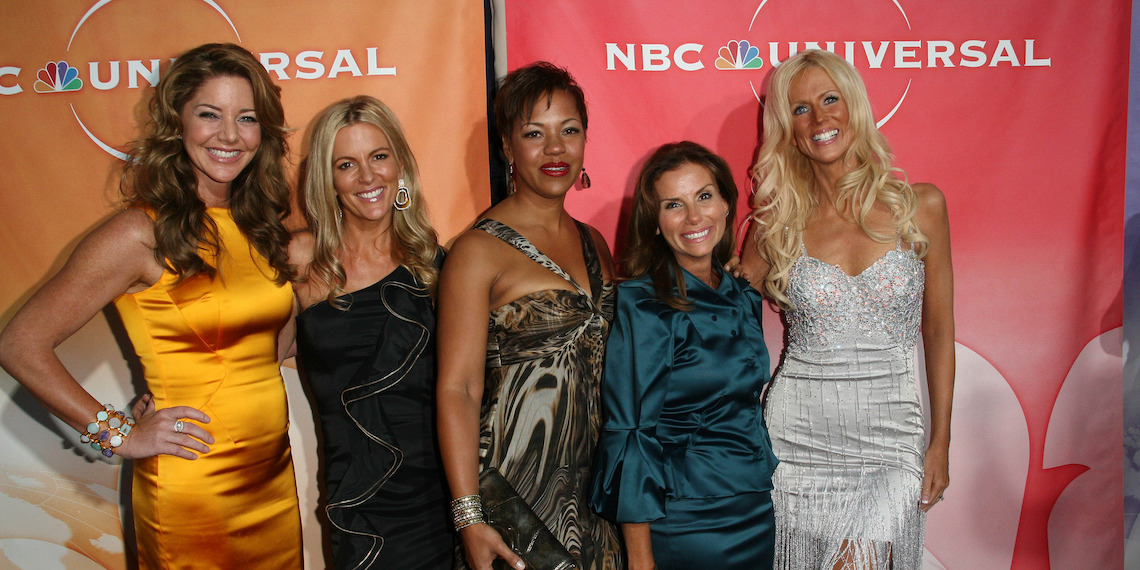 Forgotten Real Housewives Who Need To Come Back

Now, you’re probably wondering what is a “one and done”? This is what I call a housewife who is only on for one season and then fired. Some need to go ASAP, and Bravo usually does a good job at realizing who has staying power and who doesn’t. But there are some who I feel deserved a second chance. It is hard for any housewife to come on and join an already established cast, especially when some cities have been on TV for 10+ years.

What is the perfect recipe for a good housewife? You have to be confrontational, or at least opinionated in confessionals (Carole Radziwill was so good at this). And personally, I love someone who isn’t afraid to show her entire life and really open up. Shannon Storms Beador (Storms is her maiden name and I’m obsessed with it) is a perfect example of someone who came on to the show and literally showed us everything, from her ex husband’s affair, to her weight gain. And that’s why people relate to her, because she is super raw. Another thing that makes a great new housewife is there ability to be self-aware. This isn’t a super common trait we see, but when we do, we take notice. Bethenny Frankel, Gizelle Bryant, and Margret Josephs are great at this. And that’s why they will be in the Real Housewives hall of fame.

Guys, I loved Jules. I think she is one of the most underrated housewives of all time. TBH, a trailblazer. She was the first housewife to ever come out and be honest about having an eating disorder. It was amazing to see how she was incredibly raw and honest about it. At times it could be triggering because, as she stated on the show, you’re always in recovery and it is a daily battle. Also, she and her husband Michael had what I call the “Kelsey Grammer” syndrome, meaning he pushed her to do the show while he had an affair so she wasn’t so focused on what he was doing. They filed for divorce shortly after the show wrapped. I would’ve just loved to see single Jules coming out on the other end of a divorce and balancing motherhood with her business Modern Alkeme. I will welcome her back with open arms at any time.

Hear me out. Kathryn deserved a second season. She had a deep connection to Faye Resnick (Kyle Richards’ controversial BFF), and that connection is OJ Simpson. The whole OJ trial actually always seems to run under the surface in this group due to their location, and they’re all one degree of separation from the Kardashians. She wasn’t afraid to speak her mind, literally ever. She sat down for dinner at Kyle’s BBQ and immediately went in on Faye’s book she wrote, where she insuated that Marcus Allen (OJ’s best friend) was having an affair with Nicole Brown Simpson, and that Kathryn was the “kind of woman who turned a blind eye to adultery.” Also, her husband was super hot, and we all need a little eye candy.

Truthfully, this is the one that puzzles me the most. WHY WASN’T SHE BROUGHT BACK!? I will never understand it. She brought it all, she had glam, was down to earth, was outspoken. AND. Let us not forget one of the most iconic reads in history of RHOA, when she came for NeNe Leakes and her “ramen noodle hair”. When I tell you I let out an audible gasp. I had never seen anyone come for NeNe like that, and successfully. She is one of the only people on the show besides my queen, Phaedra Parks, who I felt had the wit and sophistication to take down the OG of RHOA. It was truly a moment that should be studied in the history books of reality television.

The Real Housewives of D.C.

This cast walked so Potomac could run. Andy has said in the past that he wanted to bring it back for a second season, but the whole White House Gate-crashing situation kind of left a “stink” on the show. But I would’ve watched regardless. Michaele Salahi and her husband at the time, Tariq, were essentially cons and some how finagled their way into Barack Obama’s first White House State Dinner, and then had to testify before the Congressional committee in which they invoked their fifth amendment rights. Also, Michaele said she was a Washington Redskins cheerleader, but got caught in that lie as well when she could provide no proof that she was.

We gave Real Housewives of Miami three chances, and did they have someone break into the White House State Dinner? I don’t think so. And Cat was my favorite—she’s British and has an incredibly dry sense of humor that I just really appreciated. And her husband was the White House’s photographer until he filed for divorce from Cat, and she was left in D.C with her daughters and was given no explanation. I’m bitter that they never got their second chance. But then again, because of them we have the second best show on television, The Real Housewives of Potomac.