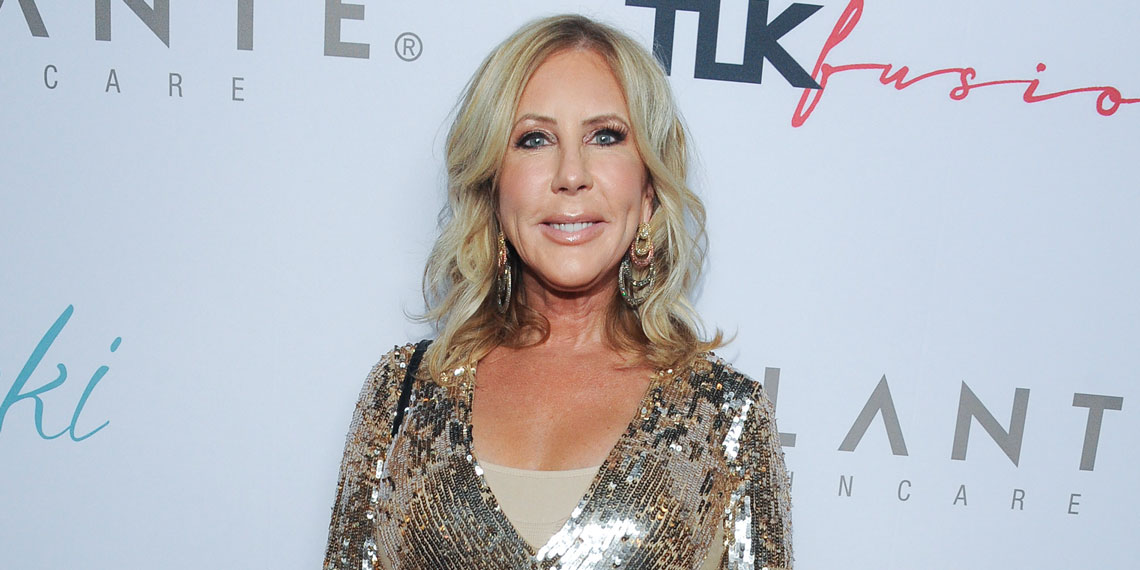 If you’re even remotely a fan of the Bravo Cinematic Universe, you really should know about the woman, the myth, the legend: Vicki Gunvalson. Vicki has stood strong on The Real Housewives of Orange County for all 12 seasons, a feat that is truly astounding. Most women who become Real Housewives can’t take it for more than a few seasons, so the fact that Vicki has done this shit for over a decade is just nuts. Today is Queen Vicki Gunvalson’s 56th birthday, so it’s only fair that we send a little love to the housewife who started it all.

Let’s start by going through some of Vicki’s taglines. 12 is a lot, so it’s understandable that they can’t all be the best, but some of Vicki’s choices really don’t make sense. Take, for example, season four: “I want the power and the money, and I want them both.” Oh Vicki, that is so redundant. My personal favorite Vicki tagline is season one’s classic “Are the police involved?,” but season 10’s “”I am the OG of the O.C.; everyone else is just a copy.”” really came close. I’ve never figured out if these women come up with their own taglines, but wow they really are the best.

Now, let’s take a look at some of Vicki Gunvalson’s best Housewives moments from the past 12 seasons, in the form of gifs that you will definitely need to use on a daily basis.

Vicki is super mad, can’t you tell from the deep emotions on her face? Sometimes the fresh botox makes it hard to show emotion, but that’s probably for the best. I’m mad basically 24/7, but like Vicki, I know when I should hide my feelings.

We all have that one friend who loves to act like she’s the fucking queen of the world, and it’s important to put these people in their place. Vicki is not afraid to be #thatbitch, which is probably why Andy Cohen and his team of producers have kept her around for so long. You’re not Madonna, sit the fuck down sweetie.

This gif is basically just me talking to myself after a Friday night where some poor choices were made. This is the maximum display of rage permitted by the botox, and you can really feel the venom in Vicki’s words. I am disgusting, and I truly own it. I’m trash, you’re trash, we’re all trash. ¯\_(ツ)_/¯

Again, Vicki is the one that’s giving a much-needed voice to my inner monologue. As a self-destructive sociopath with very few emotions, you can find me at your local party making decisions that will definitely result in the loss of friends. Either that, or I just stay in bed and let all my friends forget I exist.

Vicki isn’t doing so hot on the rafting trip, and honestly same. I’m not sure why the producers constantly force the housewives to go on these outdoorsy trips when it’s clearly the last thing on the planet they want to do, but I feel for them. This gif is literally me any time I have to put on pants/leave my apartment/interact with others.

Vicki loooooves to talk about how she’s a businesswoman who makes her own money and her own rules, and I definitely respect her for that. I relate to this, in that I am very protective over my shit. Like, when you have a pack of gum and someone just assumes that they can take a piece. Back the fuck off, I’m calling the police.

This is the perfect reaction whenever you and your friends are at the bar and a notorious fuckboy shows up. In certain situations, there’s just no positive outcome, so the best thing to do is just cut your losses and go home. I’m not sure what Vicki was referencing in this particular gif, but again, the lack of emotion on her face is just astounding.

This is my response when someone is talking to me about something I don’t give a shit about, but that’s not all. This is also appropriate for when that one weird dude from high school keeps following and unfollowing you on Instagram, just in the hopes that you’ll follow back and slide into his DMs. Absolutely fucking not, honey.

Me, constantly, when I think about all of the responsibilities I have neglected, and will continue to neglect. Happy birthday, Vicki Gunvalson, and please never stop giving us these incredible moments. You’re truly the rock of Orange County, and we’d be nowhere without you.